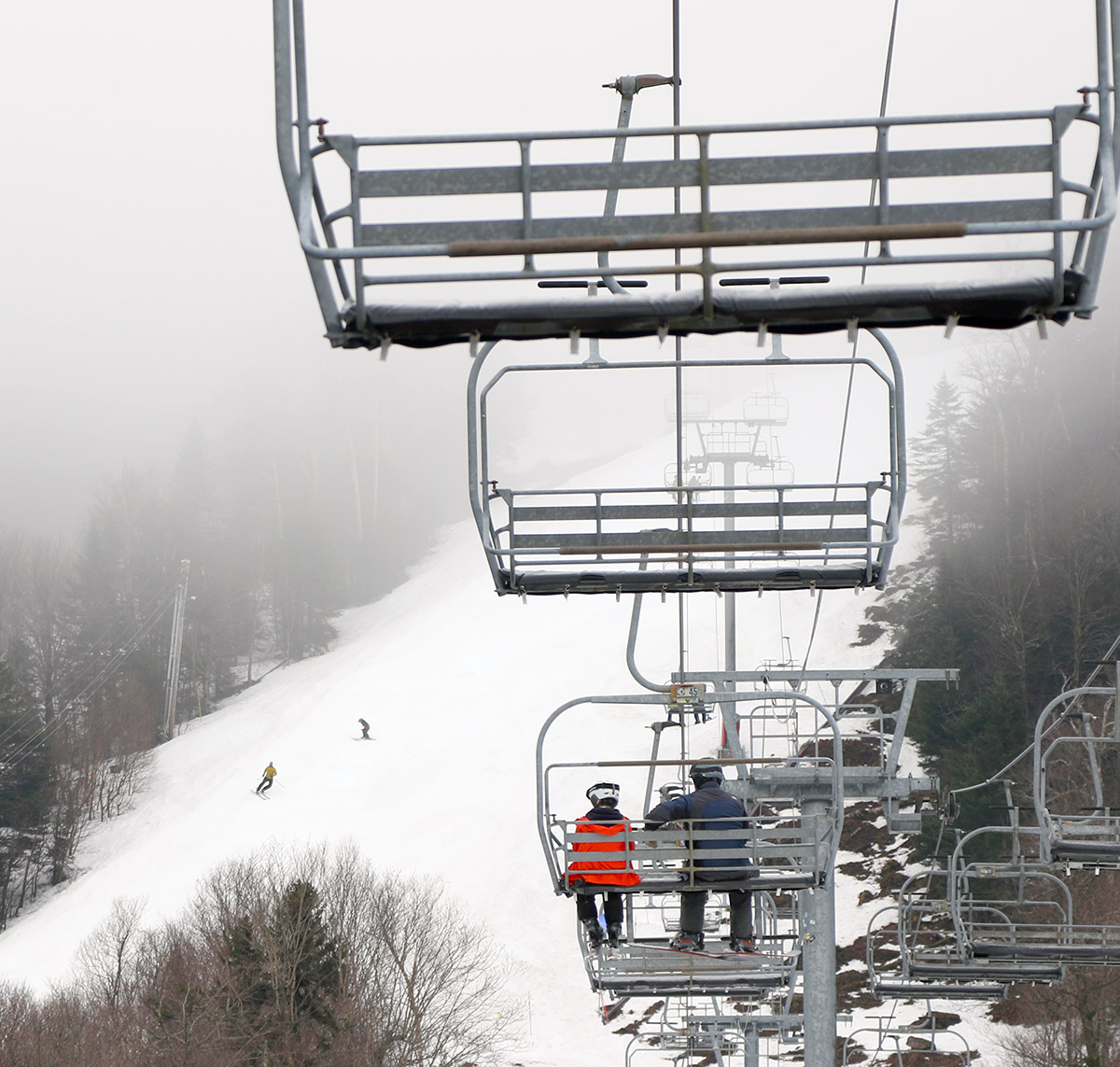 The forecast this weekend seemed generally on the dreary side, but I did want to get out for some turns and exercise, and early this afternoon seemed like a decent window.  The colder air and snow were expected to move into the area later in the afternoon, so midday offered the chance at spring snow that wouldn’t have tightened up, and it would be ahead of any rain that might fall on the lower elevations of the mountain.

Indeed I found some nice spring conditions today at Bolton Valley, all the way up above 3,000’.  There’s a lot of good corn snow out there, but some trails have those still slick areas of denser snow and ice underneath that you have to watch out for.  It wasn’t warm enough (generally in the 30s to near 40 F at 2,000’+ where I skied on the main mountain today) to really soften those densest spots, so the best skiing involved working your way around those areas and using the available corn snow.  Some trails (like Alta Vista and Hard Luck) had more corn snow available and fewer slick spots, while others (like Spillway and Beech Seal) had more of those icy/dense spots to work around.

The good news is that all that dense snow is going to last quite a while as we head into the spring.  Most natural snow trails had some coverage issues, so skiing was generally on routes with manmade snow today.  There’s still a lot of natural snow in the elevation range of the main mountain though (the snowpack depth at the Mt. Mansfield Stake is around 40 inches), so a lot of terrain would be in play with natural base for any large storm cycles that come through in the next few weeks.

When I first got to the mountain this afternoon, the cloud ceiling was up and down in the 2,500’ – 3,000’ range and there wasn’t any precipitation.  On my last run though, it was snowing up at ridgeline level, and by the time I was leaving, the frozen precipitation was just starting to make it down to the Village elevations.  The snow level must be well below 2,000 now though, because I can see that the precipitation is all snow on Bolton’s main base area webcam.