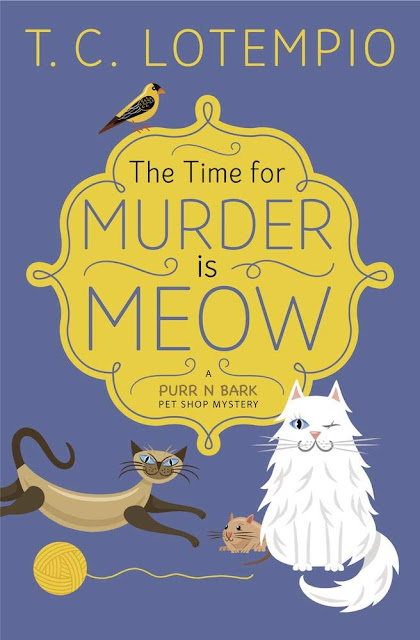 Crishell "Shell" McMillan sees the cancellation of her TV series as a blessing in disguise. The former actress can now take over her late aunt's pet shop, the Purr N' Bark, and do something she loves.

While getting the shop ready for re-opening, Shell is asked to loan her aunt's Cary Grant posters to the local museum for an exhibit. She finds the prospect exciting―until a museum board member, who had a long-standing feud with Shell's aunt, votes against it. When she discovers the board member dead in the museum, Shell becomes suspect number one. Can she, her Siamese cat Kahlua, and her new sidekick―her aunt's Persian Purrday―find the real culprit, or will her latest career go up in kitty litter? 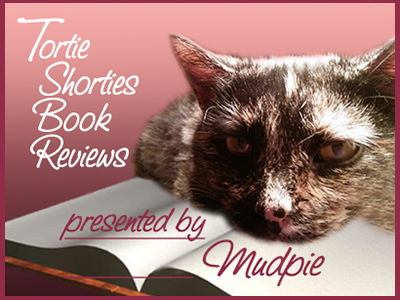 Who would think that a high profile actress who moves to a small town in Connecticut to take over her late aunt's pet shop would be a completely relatable and likable character, yet that's exactly what Shell McMillan is! Unfortunately the first days in her new home take a wayward turn when she crosses paths with museum board member Amelia Witherspoon, and soon after finds the difficult woman dead. Amelia had a long-standing feud with Shell's aunt and had blocked the use of her extensive collection of movie posters for a museum exhibit, but that's only the tip of the iceberg. Many people in town had reason to want Amelia dead, and since the spotlight seems to be on Shell, it's up to her to find the real culprit.
Shell isn't alone in the hunt as she's quick to make friends with fellow shop owners and even welcomes her former co-star to town who is more than eager to lend a helping hand. The stars of the show though are Shell's Siamese Kahlua and the Persian she inherits from her aunt, Purrday, who points her in the direction of some very important clues. Kahlua and Purrday don't exactly get along at first, but I have a feeling they're going to be partners in crime before long.
I must admit that I managed to pinpoint the killer early on by catching a slip of the tongue that Shell missed, but that didn't take away from my enjoyment of the book a single bit. I adored the cats (of course), the descriptions of Aunt Tillie's Victorian home and especially her collection of movie memorabilia. I look forward to seeing what's ahead for these characters once the Purr N' Bark reopens under Shell's ownership.

I received a free copy of this book from the publisher in exchange for a fair and honest review. This post contains affiliate links.
Source: mochasmysteriesandmore