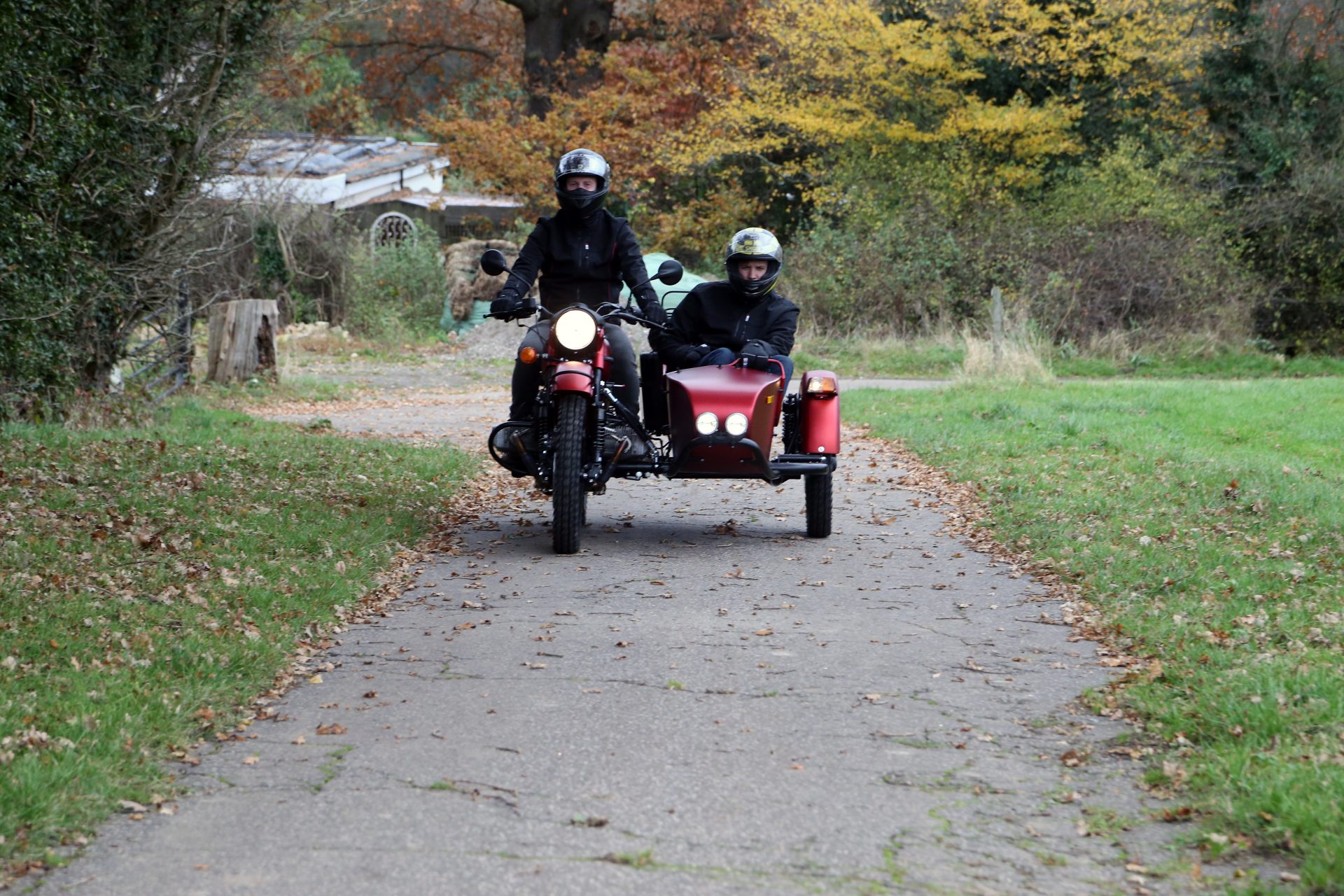 Book Review: Our Ridiculous World (Trip): Around the World on a Scooter with a Sidecar, by Matt Bishop and Reece Gilkes

At first, it might seem odd that two friends with no motorcycle skills and subpar travel portfolios would decide to quit their jobs, leave their significant others behind, and travel around the world. On a scooter. With a sidecar. That kept malfunctioning and breaking down. Yes, odd indeed. But after reading Our Ridiculous World Trip, it’s no wonder really—Matt Bishop and Reece Gilkes (the Sidecar Guys) have what many of us seek these days: an insatiable urge to do something meaningful in life.

In a world of increasing weirdness and time-wasting misguidance as to what is “normal” and “fulfilling,” the Sidecar Guys nailed it with creativity. So much so that they ended up with a Guinness World Record at the finish line.

Starting out as innocent, fun-loving kids really, the two young men are soon thrown into what was at stake: their lives, in many cases, and a complex machine that was their sole transportation, yet showed attitude from the get-go.

What most endeared me to Matt and Reece while reading this book wasn’t the trip itself or their mission to bring attention to modern slavery, but their quest to prove that overall, the world and its people are good. The guys intentionally embarked on their travels in 2017 with limited skills in motorcycle riding and mechanics. Boys Scouts they were not. But that was the point; they were willing to risk their comfort and control over their destiny and instead put to use the greater good of humankind to pull themselves out of dangerous circumstances—simply by asking for help.

The duo became the first to circumnavigate the globe on a scooter and sidecar, breaking a world record. They amassed 34,000 miles through 35 countries across five continents.

Along the way, they were almost crushed under trucks on icy Russian highways. They braved riding in intense cold at -30°C (-22°F), slept in places they had to wake from and relocate because of strange noises, and a plethora of other life-threatening, ridiculous situations that—while they may make you scratch your head—will also shed light on the generosity of humans the world over.

The book’s chapter headings are quotes taken from within the chapter itself and are a humorous addition, along with 17 pages of photos that help the reader understand what the two friends were really up against.

On countless occasions throughout their year on the road, Matt and Reece’s theory is proven correct over and over again. People are good, and they will help in any way they know how—especially when you’re a couple of pasty white dudes from the other side of the world with funny accents.

The self-deprecating British humor showcased throughout the book—written mostly by Matt—makes Our Ridiculous World Trip a hilarious and heartwarming read. The comradely sparring between these two friends shows their bond and can-do outlook on life.

My favorite parts were in deciphering some of the British lingo. Phrases and terminology like “a cracking good time,” “cheesing it,” “pottering,” and “completely scuppered” had me chuckling but also lent a truly organic feel to what I was reading. By the end of the book, it was like Matt and Reece had been in my living room, telling me all about their adventures.

For more information on how they became the world-record-holding Sidecar Guys and hosts of the popular Armchair Adventure Festival, check out this informative article from Expedition Portal writer and Senior Editor Ashley Giordano.

To purchase Our Ridiculous World Trip and to take part in the cracking good fun from the comfort of your reading nook, visit asseenfromthesidecar.org. 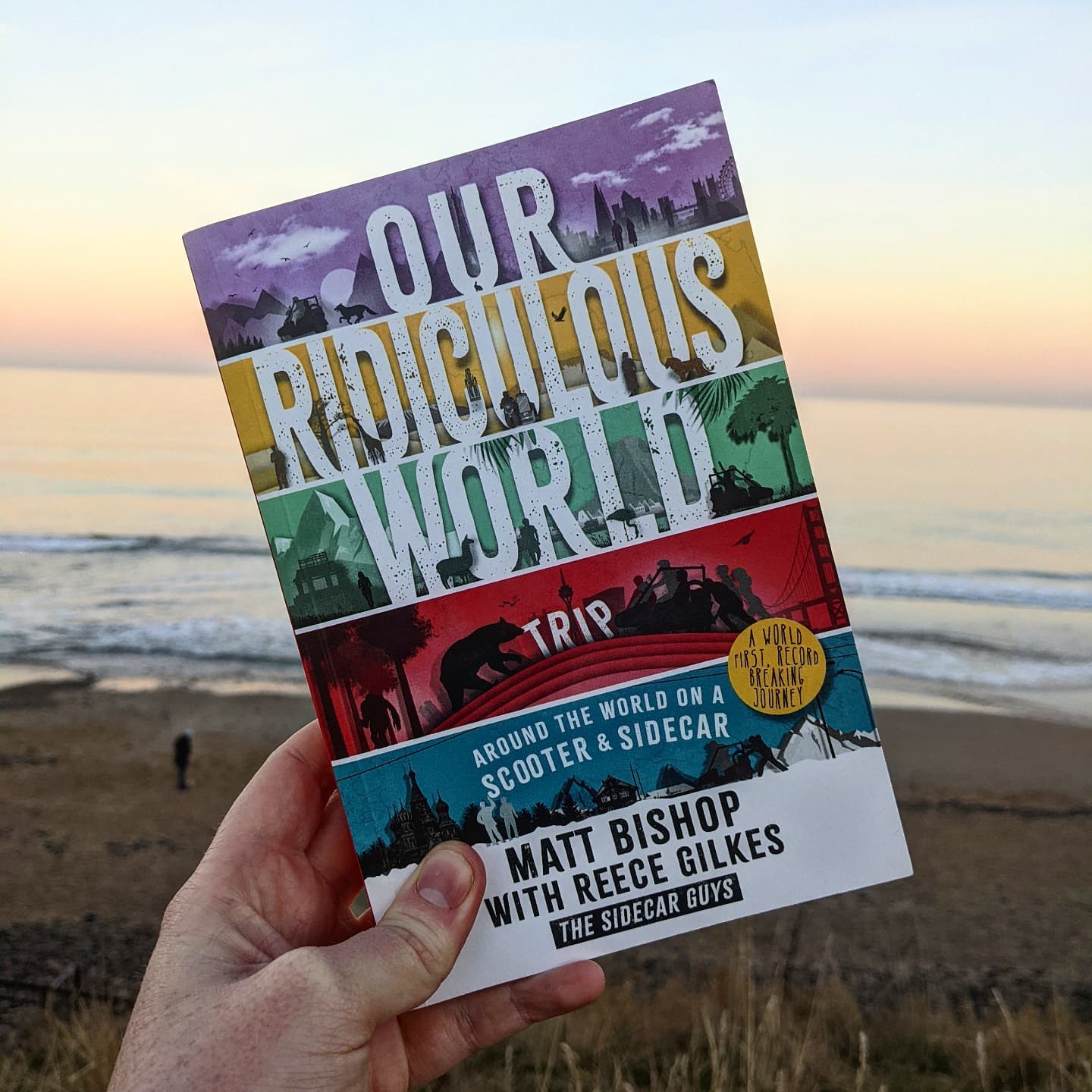 Our No Compromise Clause: We carefully screen all contributors to ensure they are independent and impartial. We never have and never will accept advertorial, and we do not allow advertising to influence our product or destination.

The post Book Review: Our Ridiculous World (Trip): Around the World on a Scooter with a Sidecar, by Matt Bishop and Reece Gilkes appeared first on Expedition Portal.

Book Review: Our Ridiculous World (Trip): Around the World on a Scooter with a Sidecar, by Matt Bishop and Reece Gilkes