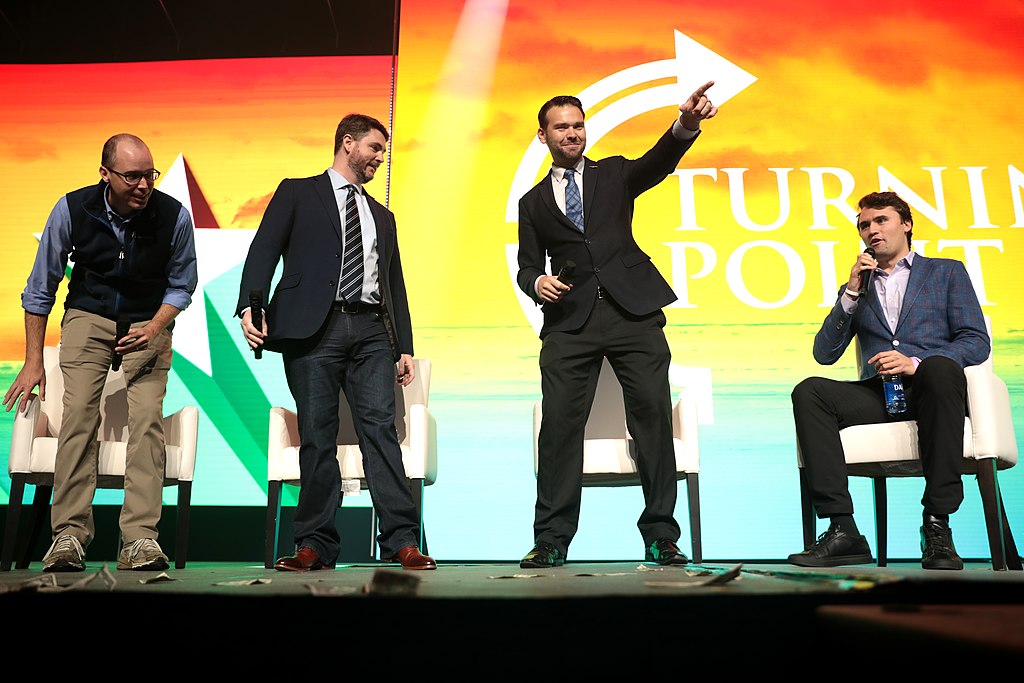 Andrew wrote an excellent piece delineating the problems with the Republican Party as it comes to the youth. I had some thoughts of my own, so off we go to the races!

The biggest unaddressed problem in his article is what needs to be laid at the feet of the Boomer generation. The Boomers have all the wealth, while the Millennials they decry constantly have almost nothing. My generation is putting off home ownership, marriage, and kids because we got absolutely demolished by the 2008 financial crisis. We can’t build savings, let alone pay off our debt if we are unlucky enough to have that. The job market still really hasn’t recovered to where it needs to be. And the pandemic sure didn’t help. But but but! “The stock market is going gangbusters!” Which doesn’t really help someone just starting out who is not just lucky enough to have a decent job that keeps them out of debt, but Hell if that same person has a job with retirement benefits. It definitely helps those who’ve been paying into that system for decades. Enjoy your comfortable retirement!

It should be noted I do not see the government as the solution to the problems of my generation. Screw that. With malice. The main problem is the federal government (and, to a lesser extent, the state and local governments) are stealing from Peter to pay Paul. Peter being my generation and future generations, and Paul being the Boomers. But that is a whole other problem for another day.

Where does the title come into it? Boomers by Proxy are those conservative grifters who make all their money marketing themselves to conservative Boomers while being Millennials. Not all of these people are terrible. The gold standard for this genre is Ben Shapiro. See, he actually seems to have principles. He quit Breitbart after Bannon backed the Trump campaign over his own reporter when Corey Lewandowski manhandled Michelle Fields. Going his own way has been very profitable for him, having at any time two to seven of the top ten news stories on Facebook, a social network now dominated by parents and grandparents, as I alluded to previously. Bannon has been making Andrew Breitbart spin in his grave so viciously, the energy produced could power Las Vegas for years. Ben still mostly trolls liberals, which is a profitable land to sow, but he’s not some great intellectual doing the hard work of convincing those who disagree with him. He is preaching to the choir in a land where the liberals rarely trod. William F. Buckley, Jr. he is not. The dude had a show on PBS for decades that did the hard work of taking liberal sacred cows and goring them viciously to riotous praise across the ideological spectrum.

One ridiculous subset that isn’t explicitly a Millennial is what I call “false machismo PAB”. These are men who pretend to be super macho when they’re as weak as they come. Casual misogyny as a joke, tired humor that was old in the early 1980s, and life advice that only works if you have a lot of money already. Jesse Kelly, Mike Cernovich, Steven Crowder, etc. Milo Yiannopoulos would even fit this subset. These people are tiresome. Painfully unfunny trolls who think they’re deep, rehashing tired tropes of manhood. I fell for their charms way back when, except for Cernovich, that dude is king of the PABs. Their content is deep if you’re a naïve college student. That’s about it. If you think they’re actually deep or thoughtful, you’re being played. Jordan Peterson they are not. As much as I may disagree with the genteel Canadian, Peterson has done some real good for unmoored young men. That is to be celebrated.

No, the people I am specifically talking about are the Turning Point USA people. Which, Ben Shapiro does himself no favors by scalping those people for his media venture. Candace Owens is one of the worst, and she now works for Ben. Take any conservative who isn’t a white male and see how they act towards their own race and/or gender. If they spend all their time crapping on their race and/or gender, they’re a grifter. (The white liberals who spend all their time flagellating themselves for being born white are the reverse side of the same coin.) That’s what Candace Owens does. Yes, she is occasionally speaking hard truths, but hard truths without solutions are useless. Thomas Sowell she is not. The last great living economist actually comes up with solutions to the hard problems facing blacks in America. She just earns plaudits from white conservative Boomers by saying things that would be blatantly racist coming out of a white person’s mouth. She is comforting, like a sweet that eats away at your enamel.

The worst, as if made in a lab to appeal to conservative Boomers, is the head of the snake: Charlie Kirk. He is basically a cheap clone of Ben Shapiro, who I don’t hate (but don’t particularly love.) He just says all the things conservative Boomers who hate Millennials want to hear. I’m sure every Millennial reading this knows the tropes. “Millennials know nothing of history!” “They have no respect for their elders!” “They are lazy morons!” Heard it all before. Charlie Kirk is playing you, Boomers. He knows exactly what you easy marks like to hear coming from someone of his age demographic. He craps on his own generation. Do Millennials have issues? Yes. Way too many of us are comfortable with collectivism. That’s real bad. But we have unique problems the GOP couldn’t care less about solving. The Democrats at least pretend to care as they continue to throw taxpayer money at problems that won’t be solved with endless dependency on taxpayer cash.

In order to do better with my age demographic, GOP geniuses, try to ask us what our actual issues are where we actually live. Jimmy No Shoes down the street doesn’t count. Go to NYC, Austin, San Fran, and L.A. and ask what super liberal Millennials with really high-paying jobs, smart and hard-working professionals, see as the problems facing the world. Not the giant global problems, but the local ones. Global problems will always be the bread and butter of collectivists. Local problems are easier to solve, but harder to enact solutions to. Local elections are where the GOP can start to build an intergenerational and lasting coalition. But the GOP would actually have to show up to do that. Which they haven’t in the major metropolitan areas for some fifty odd years. You can’t win if you don’t even try. Try, for God’s sakes.

If one of the many fanboys of the above jerks got this far, thank you for the rage clicks.