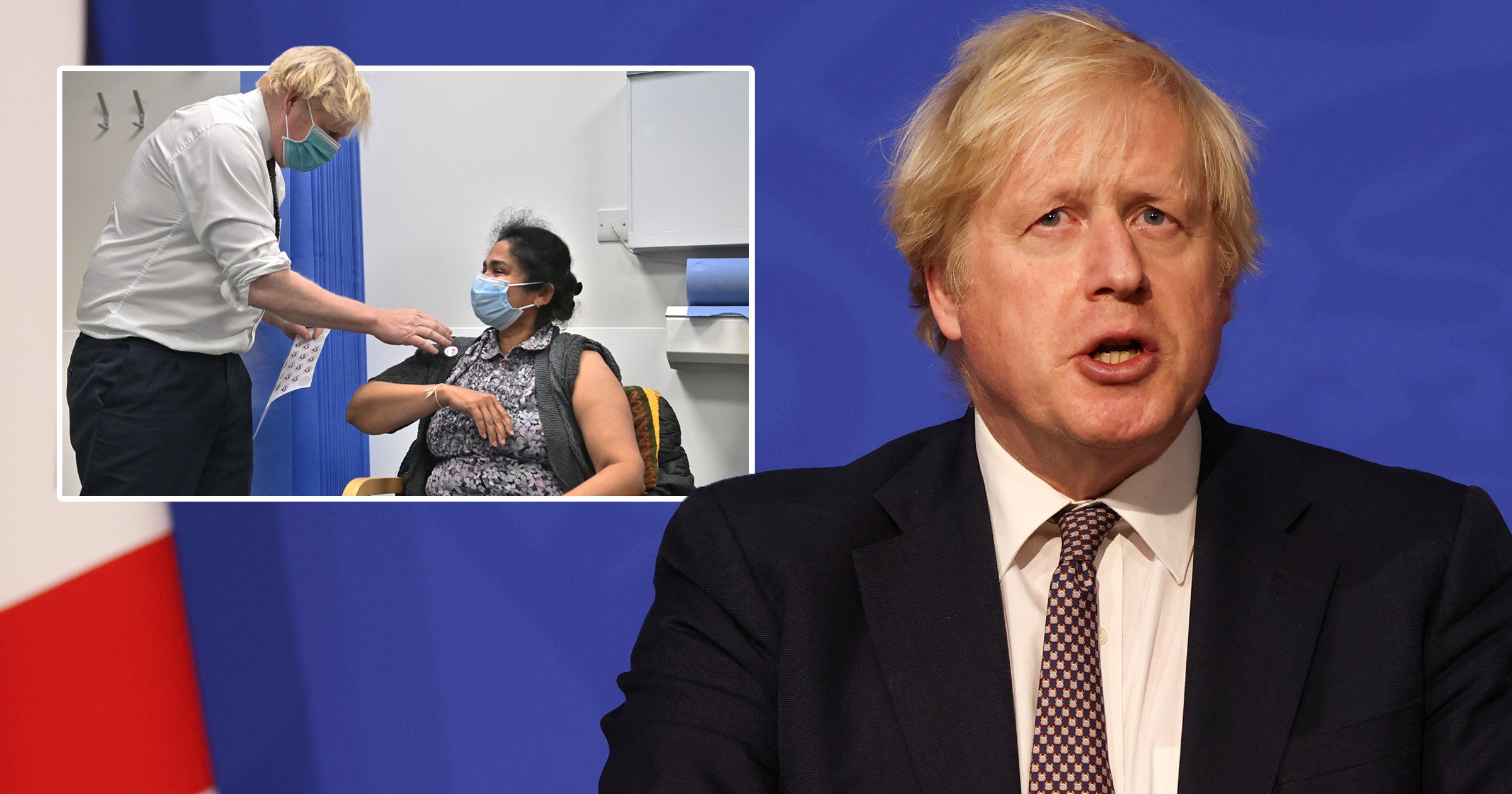 Boris Johnson has vowed to offer everyone eligible a Covid booster jab by the end of January.

The prime minister has promised to ‘throw everything’ at the vaccination drive over the next two months amid fears of the new Omicron variant.

Older people and those considered vulnerable will be given priority in the new programme, with the NHS going down age groups in five-year bands.

The Army has been called in to assist healthcare workers after scientists raised the alarm Omicron could be the most infectious variant yet.

NHS England chief executive Amanda Pritchard has revealed experts are looking at whether the 15-minute wait following a jab can be safely eliminated.

This would ‘potentially increase the number of people able to get jabs’ as staff work at ‘breakneck speed’ to expand the rollout.

It comes following the news that eight more cases of Omicron have been found in England, bringing the total number across the UK to 13.

Fourteen million more adults are to be offered boosters overall, with the JCVI recommending they be given to everyone over 18 yesterday.

The minimum gap between a second dose and a booster has been halved from six months to three months. Meanwhile, all 12 to 15 year-olds will be given the chance to get a second shot.

Speaking at a Downing Street press briefing on Tuesday, Mr Johnson said: ‘We’ve already done almost 18 million boosters across the UK but we’ve got millions more to do to protect the most vulnerable.

‘Then we’ll move down the cohorts rapidly, and working together with the devolved administrations we want to ramp up capacity across the whole United Kingdom to the levels we achieved in the previous vaccination effort.

‘We’re going to be throwing everything at it in order to ensure that everyone eligible is offered that booster, as I say, in just over two months.’

The Tory leader revealed that he is getting his Covid-19 booster jab on Thursday, telling the nation ‘let’s not give this virus a second chance’.

He told a press conference: ‘I’ve been waiting patiently for my moment to come. It’s happening on Thursday I’m pleased to say.

Anger as expensive PCR tests return with some firms charging £400

What are the symptoms of the Omicron Covid strain?

‘So whenever your turn comes, get your booster and ask your friends and your family to do the same.

‘It’ time for another great British vaccination effort. We’ve done it before and we’re going to do it again.’

Despite the new restrictions, Mr Johnson has insisted the Government does not want people to cancel Christmas parties or nativity plays.

He said he disagrees with Government advisor Dr Jenny Harries, who has urged people not to socialise if they do not need to in the run-up to Christmas.