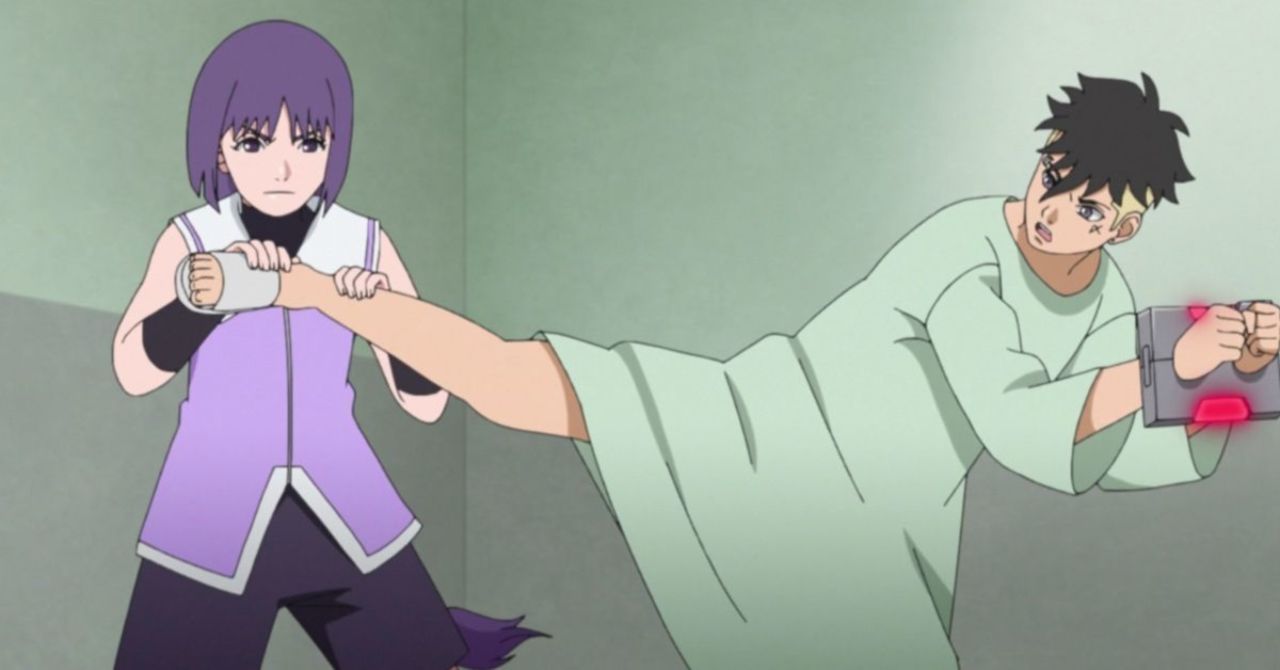 Boruto: Naruto Next Generations has pit Kawaki against Sumire in a surprising new fight! One of the main draws of the anime's take on the Kawaki saga is that this new Vessel arc will be adapting materials from the original manga while adding new elements to better flesh out the arc as a whole. We have started to see that in action with the first real fight of the arc against Ao and Kashin Koji, but now that the series has fully integrating Kawaki into the anime in full we're getting even more of this original material.

This is especially true with Episode 190 of the series, which picks up after the fallout of Kawaki's big fight with Garo in the previous episode. Boruto and the others had taken him to the scientific ninja tool facility, and it's here that Sumire and Kawaki ended up fighting with one another as Kawaki attempted his escape. This is a fight that's completely brand new for the franchise, and one that plants roots for some future events and connections.

It never crossed my mind that Kawaki and Sumire will fight. Like that's the least of what i expected, But here we are#boruto pic.twitter.com/Mn4eEU2slo

Sumire is one of the kinder characters in the franchise as a whole, and continues to be one of the more mysterious fighters in the sequel. In the manga, she had been relegated to a few speaking lines throughout Kawaki's time in this lab and we see a bit of it here as Sumire attempts to make a connection with Kawaki and tells him that he's actually being kept in a place where they are developing these tools.

Kawaki ends up using this knowledge to escape once he gets a hand on some of these experiments, but Sumire is the first to fight him head on during this attempt. She restrains him with ease, but soon it takes a turn for the wild when Nue morphs into a more berserk form to save her and bites down hard on Kawaki's arm. This ends up giving Kawaki the room to escape as Sumire's focused on calming Nue, but this also plants some seeds for these two in the future.

Whether or not it plays out the same way as it does in the manga's version of the saga remains to be seen, but what do you think? How did you feel about Kawaki and Sumire's fight? Let us know your thoughts in the comments or you can even reach out to me directly about all things animated and other cool stuff @Valdezology on Twitter!