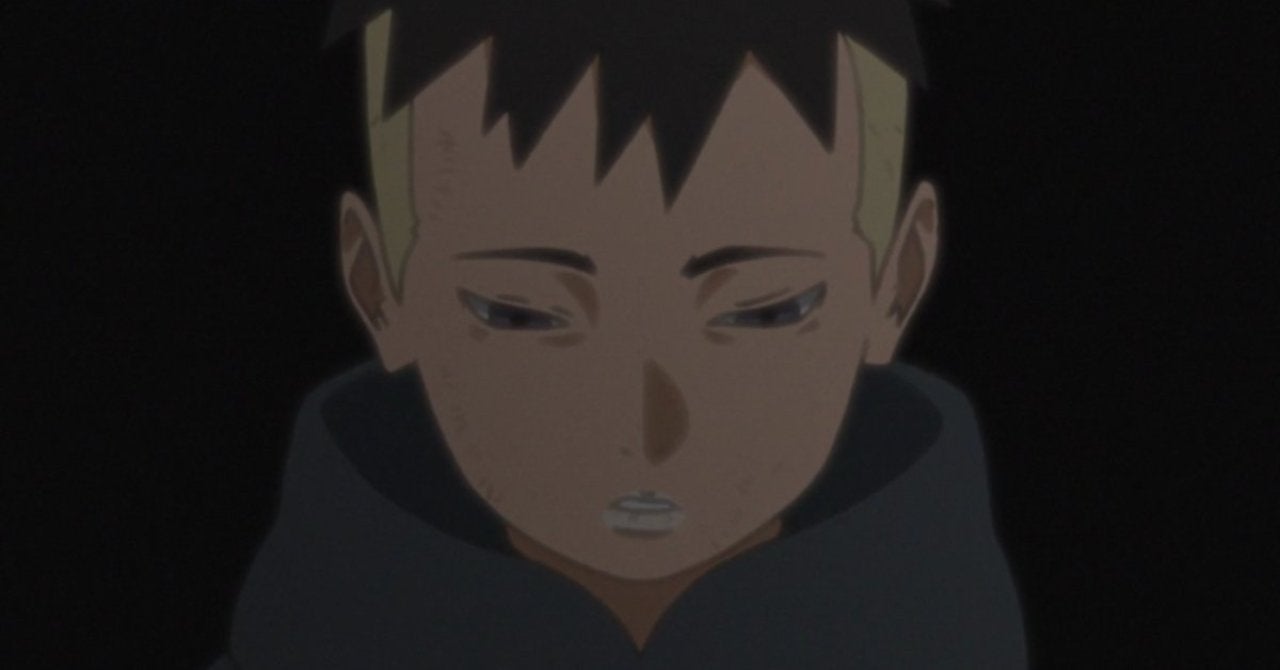 Boruto: Naruto Next Generations is teasing more of Kawaki's past with its newest promo! The anime has officially announced it's going to launch a new arc all about Kawaki in the near future, and fans have already begun to see the first steps of this arc being put into place as Kawaki has taken more and more of the focus of the series since his official debut in the anime. The newest episode of the series took this a step further as we got to see more of what makes Kawaki tick, and it seems with the next episode we will be learning that much more about this mysterious boy's past.

Previous episode have given us glimpses in Kawaki's past as an experiment from Kara, and even showed us when Kawaki ended up with Jigen. But it seems there is much more to this story than we had previously seen as the preview for Episode 192 of the series teases a much more chilling glance into Kawaki's traumatic upbringing filled with abuse. You can feel it in the promo:

(Yep this is it!) pic.twitter.com/6grDkADN3i

Episode 192 of Boruto: Naruto Next Generations is titled "The Past," and it's described as such, "Naruto has transferred Kawaki's collapsed body to Konoha Village. Kawaki collapses into unconsciousness, but a nightmare from his childhood torments him. Kawaki was once struggling to survive after being severely beaten by his father, but one day a person appeared in front of him. That person is Jigen, the leader of Kara. This encounter causes Kawaki to experience even more suffering."

With the anime getting ready to focus on Kawaki even more in future episodes of the series, and the Kawaki Arc: Clash with Kara teasing that he'll be forced to co-exist with Boruto under the same roof at the Uzumaki home, this next step in revealing his past will likely paint how we see him in the rest of the series. Because while his debut was a violent one, he has not really acted in that same way since.

But what do you think? Are you excited for more of Kawaki's backstory in the anime? Ready for the full Kawaki arc coming our way? Let us know your thoughts in the comments or you can even reach out to me directly about all things animated and other cool stuff @Valdezology on Twitter!