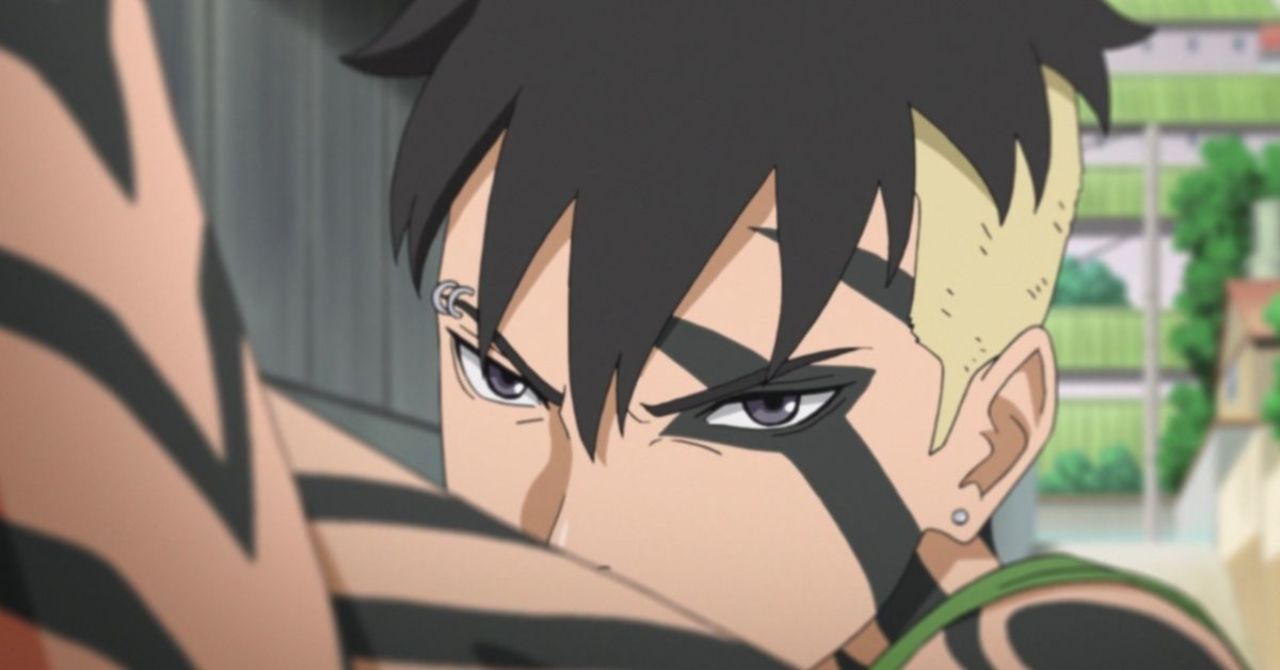 Boruto Reveals How Kawaki Was Given Karma

Boruto: Naruto Next Generations revealed how Kawaki was given Karma in the newest episode! The anime is now making its way through a brand new arc all about Kawaki adapting the material from the original manga more directly, and with this comes a new side of the newbie as now he is living with the Uzumaki family under Naruto's supervision. Ever since he made his debut in the anime and showed off the power of the mysterious Karma mark, there have been several questions raised about his use of it and its potential connection to Boruto's version.

The newest episode clears this mystery up a little, but also sparks a number of new questions as it revealed how Kawaki ended up with the mark in the first place. Because while Boruto had received his suddenly after dealing the final blow to Momoshiki Otsutsuki, Kawaki's version was forcibly implanted in him through an experiment by Jigen. As Kawaki explains in the newest episode through an intense flashback:

Episode 194 of the series sees Kawaki and Boruto struggle to co-exist with one another, but after some time together Kawaki starts to open up. First asking Boruto how he got his, Kawaki was surprised to see that Boruto did not get his Karma as a result from some Kara experiment. Previous episodes revealed that he had been taken in by Jigen through false means, and the newest episode shows just why Jigen did so.

After revealing his own use of the Karma power, Jigen uses that ability to forcibly implant in Kawaki while his body is submerged in a liquid. This failed multiple times (and Kawaki even saw one of these failures in action), but it works with Kawaki for some reason. Boruto's own implanting was not as painful, but it was similarly forced. So seeing this connection only makes the mysteries deepen.

With this reveal, Kawaki tells Boruto that the two of them now need to work together to figure out this new ability and potentially get it removed in the future. But what do you think? How are you liking this look into Kawaki's past with this new arc? Let us know your thoughts in the comments or you can even reach out to me directly about all things animated and other cool stuff @Valdezology on Twitter!

Boruto Reveals How Kawaki Was Given Karma