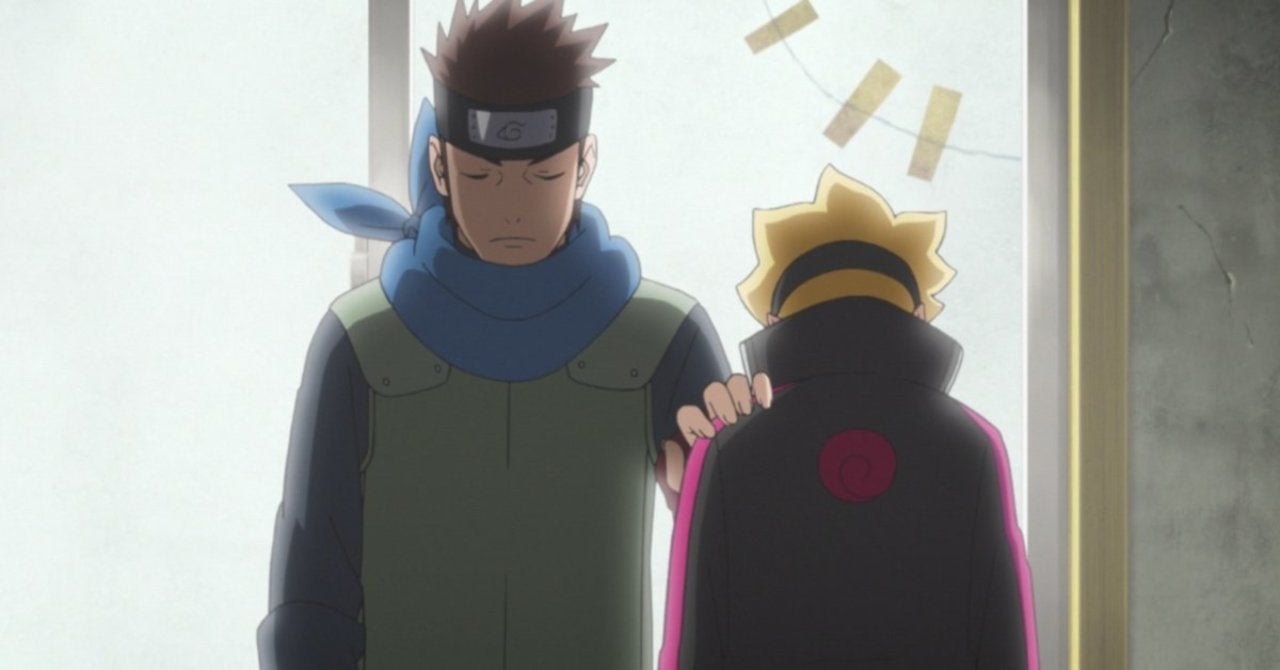 Boruto: Naruto Next Generations revisited a fallen hero with a touching follow up in the newest episode of the series. Boruto's anime might currently be taking a more traditional approach to adapting its manga with the new Kawaki arc, but that does not mean it won't make time to add some additional material for the anime. This includes more of a decompression period following Mugino's death in the fight against Ao. Because while his death was important in the manga release, the anime fleshed out his character a lot more to mean something to Boruto Uzumaki.

Boruto and Mugino had developed more of a connection during the events before the Vessel arc truly began with a few missions with the two of them together, and Boruto's still feeling the sting of losing someone close to him. The series has not really shown his feelings following Mugino's death just yet, but the newest episode allows he and Konohamaru to mourn their fallen friend.

Episode 193 takes the anime's first real steps into the Kawaki arc for the anime, but before it does Boruto spends one last moment thinking about what Mugino leaves behind. It's not much, but in feeding the turtle Mugino left he has a short talk with Konohamaru. The two of them open up about their feelings for Mugino, and talk up memories of him. During this, Boruto begins to cry.

The two of them talk about not knowing why Mugino held the Third Hokage in such high regard (which was revealed in an flashback original to the anime series), but while they'll never know, Mugino's turtle is at least in good hands. While Boruto had been keeping it fed, Konohamaru bonded with the turtle quite quickly and decides to adopt it from then on out.

Mugino's death was the same in the manga as it was in the anime, but the anime made it far more impacting considering how much time we had actually spent with the character before his death. He was inserted into the mission before the Vessel arc, and thus we got to know his actual personality. Now with this turtle, Mugino was given a much fuller send off than before.

But what did you think of this last look back on Mugino with Boruto: Naruto Next Generations anime? How did you like the anime's version of Mugino compared to the manga? Let us know your thoughts in the comments or you can even reach out to me directly about all things animated and other cool stuff @Valdezology on Twitter!