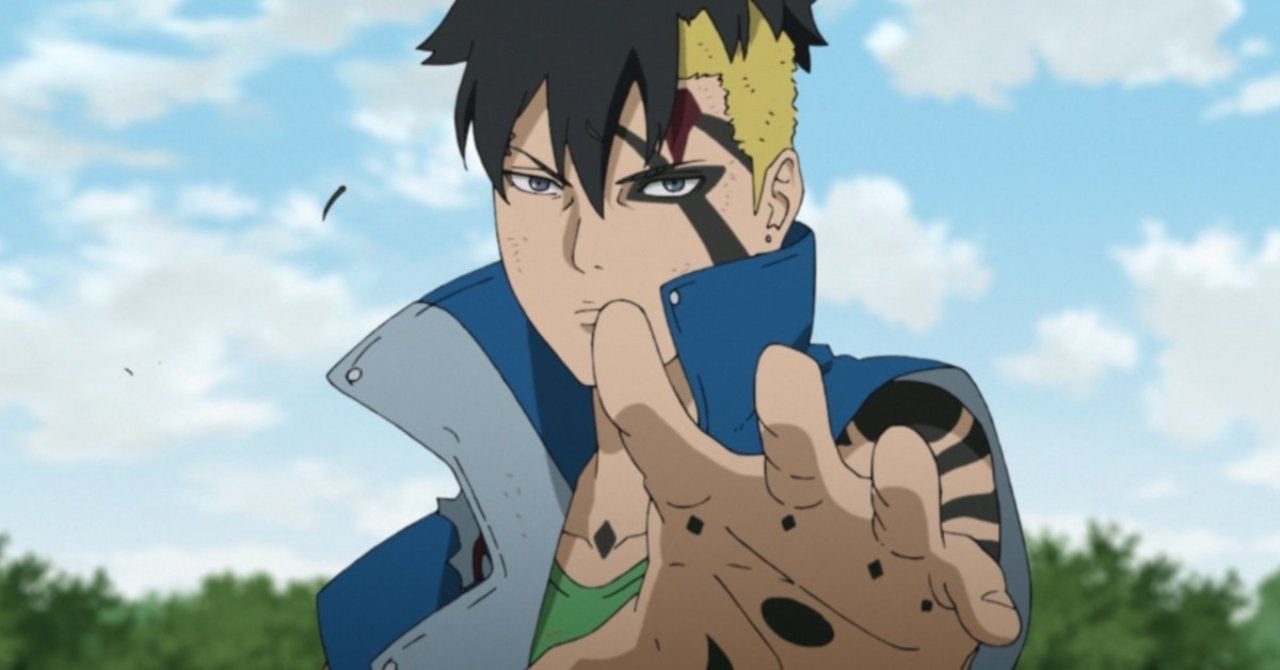 Boruto: Naruto Next Generations has fully unleashed Kawaki with his first real fight in the anime series! With the start of the year officially confirming the anime would be taking on the Kawaki saga in the original Vessel arc, fans have been counting down the days until we would all get to see Kawaki in action in full. Making this wait even tougher were the string of teases from the latest few episodes that have slowly integrated Kawaki into the series. But now the flood gates have opened as the newest episode gave us a full glimpse of his abilities.

Picking up immediately from the cliffhanger of the previous episode that saw a member of Kara's Outers, Garo, coming to attack Kawaki, Episode 189 of the series demonstrates a powerful fight between the two of them that shows not only what kind of strange body Kawaki is working with but shows much of what Boruto's new mysterious Karma ability can do once he figures out what it really is and how it works.

LADIES AND GENTLEMEN, I GIVE YOU 1:33 MINS OF JUST PURE GREATNESS! BORUTO HAS EXCELLED TO NEW HEIGHTS!! pic.twitter.com/JEwuFup23I

Episode 189 of the series is pretty much entirely dedicated to showing off Kawaki's abilities in action. As teased through promotional materials before the start of the Vessel arc and the cliffhanger in the previous episode, Kawaki is able to modify his body with hardened materials and blades. Not only is it strong enough to block Garo's weaponry, but it seems he can modify it to fit his body and use pieces that have been broken off in new ways.

On top of his strange body is the Karma, which like the opening scene of the sequel series teased, is on the opposite side of his body than Boruto's. Interestingly enough, Kawaki activating this ability forces Boruto's to activate as well and Kawaki is shown to have the same absorption abilities that Boruto's use of it revealed against Kashin Koji. Fans have been waiting to see this character come to the anime for quite some time, and it's clear by this episode that it's not a disappointing debut.

But what did you think of Kawaki's first full fight in Boruto: Naruto Next Generations' anime? What are you hoping to see from this mysterious new fighter next? Let us know your thoughts in the comments or you can even reach out to me directly about all things animated and other cool stuff @Valdezology on Twitter!