Beth has now shown me all five seasons of The Brady Bunch. She says she started watching it to goof on it, then found that she genuinely liked it. It can be pretty corny, but I think there’s a sweetness and sincerity to it, perhaps more so earlier on. It definitely became wackier over time, and lazier as well. Not that I’m saying wacky has to be lazy, but that’s often the way sitcoms develop. The ones with classic television hijinks just seem a little out of place for a generally sincere show. Like, the fourth season has an episode where a girl Peter is interested in wants to date Greg instead, so Greg comes up with some weird plot that involves Marcia wearing a wig and pretending she’s his ex instead of, like, talking to her. 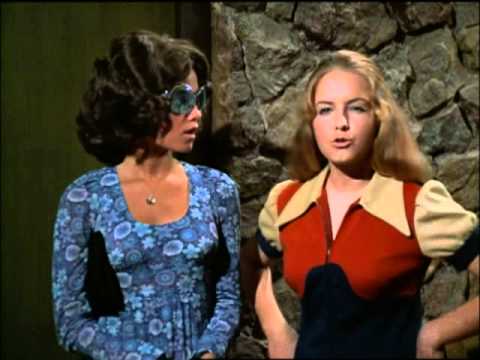 There was some of that even in the earlier ones, though. From the first season, the kids play tricks on each other, the parents make up elaborate scenarios involving reverse psychology, and everyone is always sneaking around trying to discover other people’s secrets. There’s one episode in the first season where the kids pretend the house is haunted so Mike and Carol won’t be able to sell it, instead of just telling them how they feel. The episode does acknowledge that six kids sharing one bathroom is a little much, and also mentions that Mike designed the house. I guess he didn’t expect to have so many children. In the final season, Greg tries to get back at his brothers by faking a UFO, and somehow it leads to a cop temporarily believing it’s real. This kind of thing might have happened earlier, but probably without people outside the family taking it seriously. This is also one of several episodes where Bobby has a weird dream sequence.

And for a show with a lot of lesson learning, it’s weird that, with both Davy Jones and Joe Namath, lying and sneaking around to get a famous person’s attention isn’t really discouraged. The thing is, Namath eventually realizes he was defrauded, but he’s okay with it. Also in terms of weird morals, both the third and fourth seasons start with a three-part vacation, and both vacations have a guest star taking at least part of the family prisoner (Jim Backus as a crazy prospector in a ghost town and Vincent Price as a rogue archaeologist living in a cave in Hawaii) and then being forgiven for it. 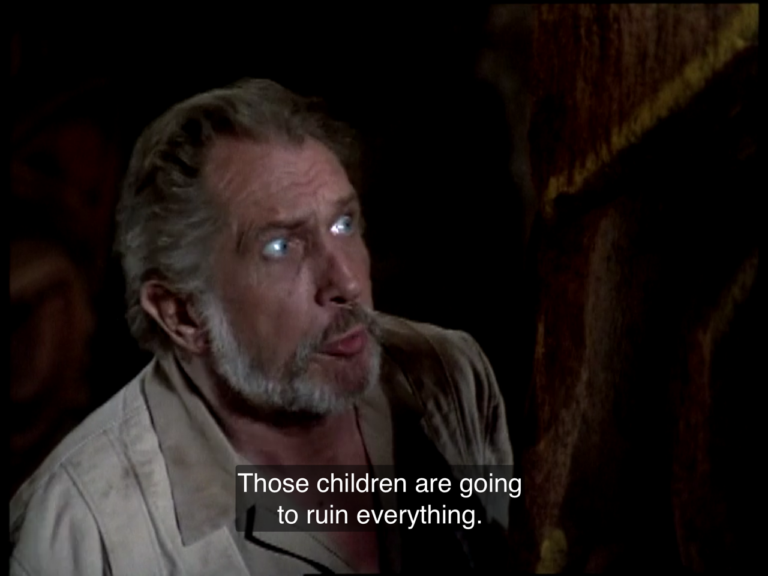 No one was really all that concerned when Greg stole the competing high school’s mascot goat. Sure, he was punished for it, but all the adult men say they did something similar when they were young. I guess I was just insufficiently concerned with school sports. I’m also a bit confused by the sexism, which I wouldn’t say the show promotes, but that it does present in a very matter-of-fact way. All three boys like sports and camping, and they make fun of the girls for playing with dolls and keeping diaries. I guess the boys vs. girls scenarios make a little more sense when the back story has them only just adapting to a household that isn’t entirely the same sex, but it seems a bit overdone. All three boys want to use the family’s trading stamps to get a rowboat, and all three girls want a sewing machine. That easily could have been done with the kids dividing in a different way. Really, it’s pretty mild, and arguments are usually resolved by the end of the episode. It just wasn’t my own experience growing up. My interests tend to be gender-neutral; I can neither sew nor competently play sports. Maybe this was accurate for the time, though. And it seems less common as the series goes on, which I guess fits with their getting used to each other. It never totally disappears, though, as the fifth season has Greg insist that men are naturally better drivers. The general vibe, however, is a very gentle one; they’re basically a hyper-functional family.

In a featurette, Sherwood Schwartz says he originally wanted Gene Hackman as the father, and that Robert Reed thought the show was beneath him. He’s not even in the series finale. Also addressed is why a family with a stay-at-home parent would need a housekeeper. The behind-the-scenes reason is that the creators wanted a comic actor in a major role, and Alice is generally the one who intentionally cracked jokes in the earlier episodes; most of the others developed some more comedy chops over time, although it’s not like the show is usually laugh-out-loud funny. The kids do chores as well, usually nothing all that crazy, although there is one episode where Carol asks Bobby to clean the fireplace. It’s done to show a parallel to Cinderella, but isn’t that a bit intense for such a young kid? I’ve never lived in a house with a fireplace, though. I noticed a lot of bits where Alice throws her back out, and I felt that Sam was kind of stringing her along. Speaking of couples, it’s interesting that Mike and Carol are portrayed as being attracted to each other and having a playful relationship. Another thing that struck me was how often Benedict Arnold was referenced, including one episode where Peter plays Arnold in a school play.

There isn’t a whole lot of active continuity on the show, which is often the case with sitcoms, and I don’t just mean how there was a cat in the pilot who’s never seen again. The episodes don’t contradict each other, but there are situations when it would seem like an earlier plot would be relevant and come up in conversation. A few developments do show up from time to time, like Jan wearing glasses and Greg’s songwriting. Cousin Oliver, the show’s attempt to put in a new young kid because Cindy was too old to be properly precocious, is only in five episodes (the final six), and only one focuses on him.

While he’s not there long enough to develop too many actual character traits, he does come across as rather outspoken. Beth said he looked like a little Paul Williams. But Robbie Rist went on to voice Michelangelo in the first three Teenage Mutant Ninja Turtles movies, and Paul Williams wrote “The Rainbow Connection,” so that’s not necessarily a bad thing. Speaking of which, I wasn’t quite sure why Florence Henderson sang Bob Lind’s “Elusive Butterfly” when she appeared on The Muppet Show, but on the show there was a poster saying “Butterfly of Love” above Marcia’s bed, so is that the connection? The final season also had an attempt to launch a new show called Kelly’s Kids, but it never got off the ground. 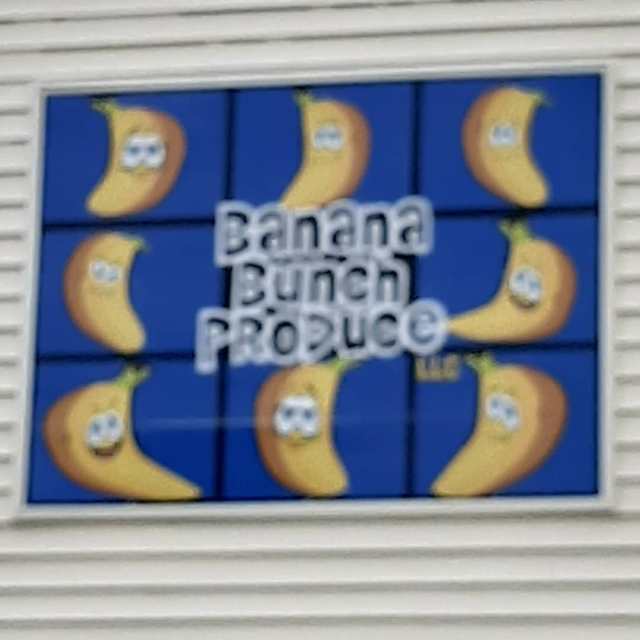 Hey, what happened to Banann B. Davis?