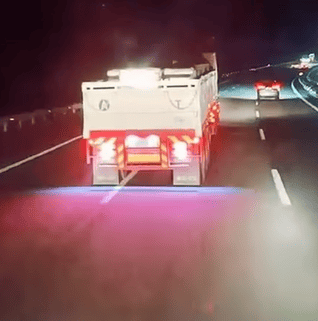 Desperate times call for desperate measures. With inflation fears looming overhead, everyone is doing whatever they can to earn a little bit more money.

Unfortunately, this means sometimes spending so much time at work that we sacrifice time for ourselves, for our social lives, sleep and in extreme cases, risk our lives.

It seems like this is what happened to one lorry driver in Tanjung Malim who was so sleepy that he started driving recklessly along the highway.

In a video shared on the Facebook page, Perak Press, the lorry can be seen driving on the road’s white line and also winding in and out between lanes.

This caused other motorists on the road to notice that the lorry was not driving in a straight line.

Not wanting the sleepy driver’s moment of weakness to turn into an accident, the drivers of the other vehicles nearby worked together to escort the lorry to his destination while at the same time trying to wake him up. 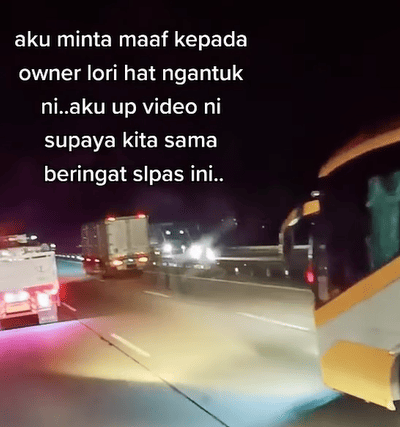 The lorries and busses could be seen driving next to the sleepy driver’s lorry as they formed a sort of barrier against other smaller cars. They were also honking profusely at the sleepy driver.

“If you’re already this sleepy, please just park on the side of the road or the exit. Better to be fined than to get into an accident,” the text in the video reads.

In the comment section, many netizens expressed their empathy for the sleepy driver.

“I pity him. He has to make a living. A slight negligence will endanger the lives of so many people,” said one netizen.

They also felt that they could understand the driver’s predicament of wanting to take a short nap on the side of the road but not wanting to be fined. Hence, they would rather persevere until they reach the ‘Rest & Recuperate’ (R&R) area.

“Highways should have a designated space at the side for people to stop when they are sleepy. The distance between R&Rs is far and not easily reachable. But if we stop at the side of the road, we get fined,” said another netizen.

What do you think can be done to address this issue? Let us know in the comments!

Also read: M’sian Hilux Driver To Be Questioned By Police After Viral Dashcam Footage Of Him Overtaking On Double Line 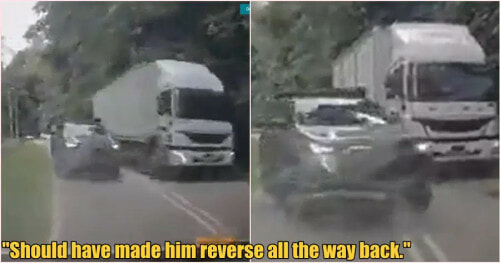