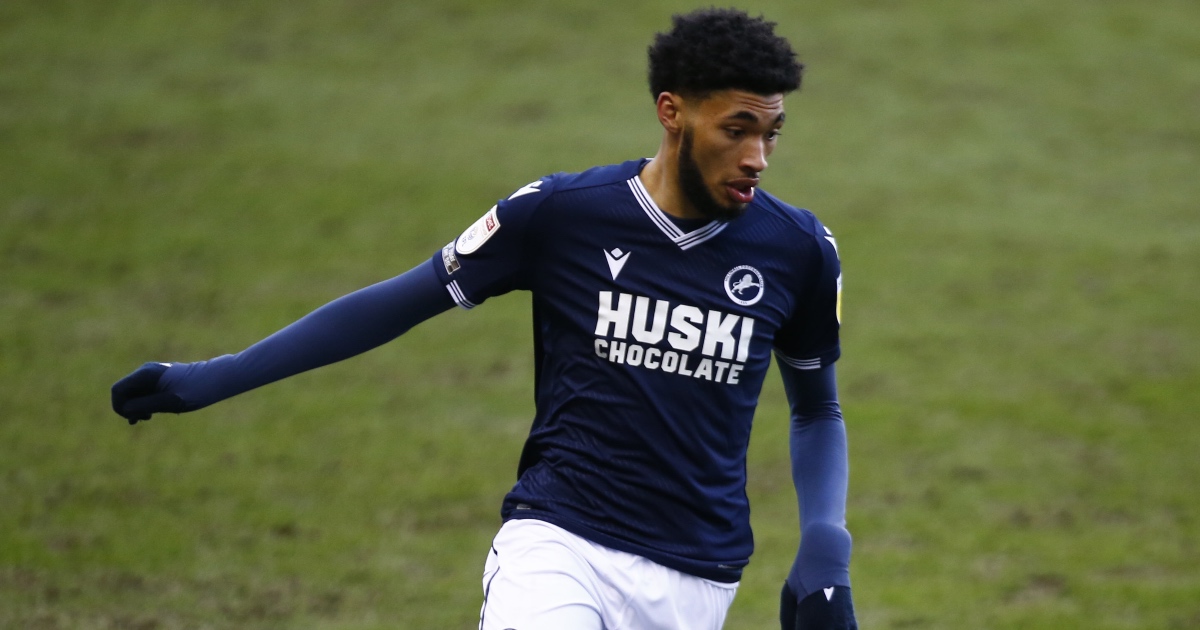 Brentford scouts have been left ‘wowed’ by Millwall youngster Tyler Burey and could move for the attacker this summer, according to a report.

Burey, 21, can operate as a left winger or centre-forward. He spent time in Wimbledon’s youth setup before moving to Millwall U23s back in July 2019. Following a loan spell at Hartlepool, the Englishman came into Millwall’s first team last season.

He did not manage a goal contribution in 15 appearances but is enjoying more success this time around.

The London-born starlet is on two goals from 7 Championship games so far. That includes strikes in the recent victories over QPR and Derby.

Burey also played a full 90 minutes in the narrow 1-0 win against Sheffield United on Saturday. The Lions picked up a huge three points thanks to a header from Jake Cooper in the second half.

Millwall are now bracing themselves as their young ace is picking up transfer interest from Brentford.

According to The Sun, the Bees have sent scouts to watch Burey this season. And the officials have been left ‘wowed’ by his ability, as well as pace and power.

This could result in a bid once the transfer window gets up and running again, although Millwall have plans of their own for Burey.

Fellow winger Jed Wallace is out of contract on June 30, and according to the report, Lions boss Gary Rowett wants Burey to become his successor.

The ball will ultimately be in Burey’s court, as he will likely receive offers from both clubs for a bumper new contract.

Meanwhile, Christian Eriksen admitted his happiness at retuning to action after his health issues and is confident Brentford will avoid relegation.

The playmaker came off the bench to make his Brentford debut in Saturday’s 2-0 defeat to Newcastle. It was his first outing since collapsing at Euro 2020 while representing Denmark.

“If you take away the result. I’m one happy man. To go through what I’ve been through, being back is a wonderful feeling,” he told Sky Sports.

“Thomas [Frank] didn’t say much [when I came on]. I’ve been speaking to him every day for the last few weeks. He just said good luck and enjoy the game.”