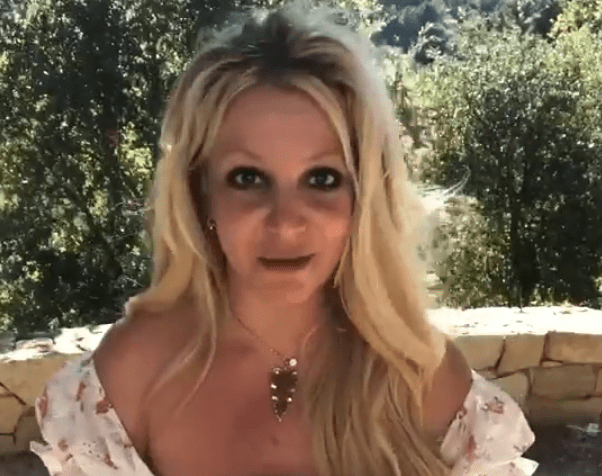 Britney Spears: I’ve Been Traumatized By My Sons’ Cruelty!

When Britney Spears conservatorship came to an end last year, fans were hopeful that the pop icon would finally be free to enjoy the fruits of her labor.

But just as the dust began to settle from Britney’s never-ending legal battle, a new challenge arose.

And this one also involves a very public feud within Brit’s family.

As you’ve likely heard by now, Spears’ ex-boyfriend Kevin Federline gave his first interview in over a decade this week.

The former backup dancer revealed that Spears has not seen her two teenage sons in several months, despite the fact that they live just a short drive from her home.

“The boys have decided they are not seeing her right now. It’s been a few months since they’ve seen her,” he said in an interview with ITV that’s set to air in its entirety on Sunday.

Both Spears and husband Sam Asghari clapped back at Federline’s claims that the boys are embarrassed by some of the risqué content that Britney posts on Instagram.

In response to that criticism, Federline posted videos of Spears arguing with her sons.

It seems his goal was to provide further evidence that the singer’s relationship with her boys is badly strained.

Now, Spears has responded with a lengthy Instagram post in which she concedes that she’s not as close with her sons as she would like to be, but argues that part of the problem is lack of support from a responsible co-parent.

“I talk about it because my heart doesn’t understand cruelty. It breaks my heart because it seems to be that these days, cruelty does in fact win, although it’s not about winning or losing !!!” Britney wrote.

“But I can’t process how I dedicated 20 years of my life to those kids … everything was about them !!! For them to knock the breath out of me,” she continued.

Britney went on to admit that she’s sustained significant psychological damage from the events of her life, but has worked hard not to pass that damage along to her kids.

“See you can’t fix me !!! No therapy or sense of worship can fix my heart !!! I will forever have trauma and I know this, I’ve accepted it … it would take a miracle to fix my heart and not one miracle, maybe 3 !!!” Spears wrote.

“I always TRIED and TRIED, and maybe that’s why they stopped coming here !!! I wanted them to love me so much that I might have overdone it !!!” she went on.

“This summer, they told me, ‘we may come here less’ and I was like that’s fine.

“I called their dad and I told him that it seems like the boys are wanting to stop coming here as much, which I get because they have their own thing going on but I feel like they are being pretty harsh.”

Britney went on to allege that Kevin is not exactly an ideal dad, as his partying puts him on par with some of the biggest names in hip hop.

“I can guarantee you, that house has more weed than Ludacris, 50 Cent, Jay-Z and Puff Daddy combined!!!!” she wrote.

Kevin has yet to respond to those allegations directly, but his lawyer, Mark Vincent Kaplan tells TMZ that the situation is even worse than how Britney describes it.

He says Britney has not communicated with her sons in five months.

Kaplan adds that the boys do not feel comfortable visiting their mother without supervision, and he says that her recent allegations have put them in danger of retaliation from an overzealous fan.

A source for Britney disputes the claim the boys are afraid to stay with Spears overnight and says the singer regrets that this situation has played out so publicly.

“Britney loves her kids deeply and this very sad situation has now been made public due to the fact of Kevin doing a tell-all interview with a UK tabloid about their private lives,” the insider said.

We’ll have further updates on this developing story as more information becomes available.

Britney Spears: I’ve Been Traumatized By My Sons’ Cruelty! was originally published on The Hollywood Gossip .

Britney Spears: I’ve Been Traumatized By My Sons’ Cruelty!