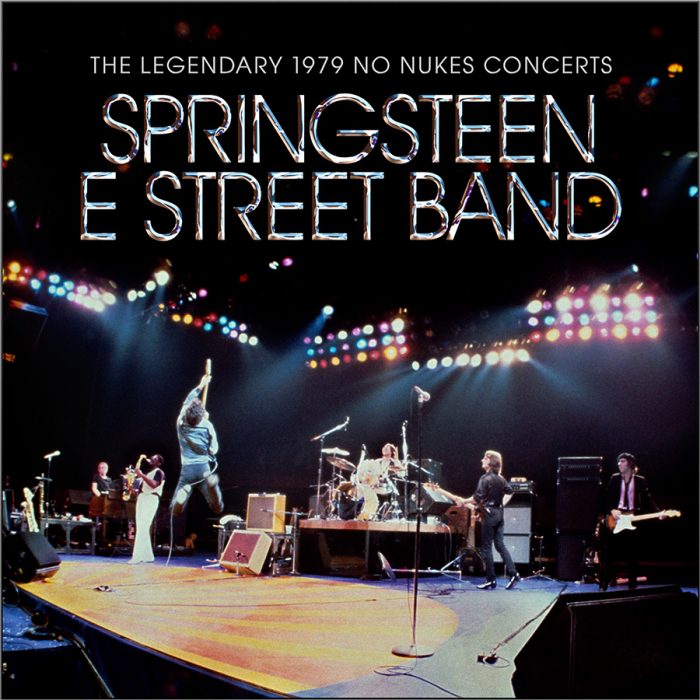 For a period of time between the 70s and the 90s I had an aunt in Toronto who worked for WEA Records. I am not sure her exact job but as an employee she had the perk of being able to purchase so many records per month for $1. Knowing my love for music she would often grab me some albums that I wanted. One of the goodies from 1980 was the triple album of the No Nukes live concert recorded at Madison Square Gardens in 1979.

At the time I wanted it because of Jackson Browne and Tom Petty. I was only just discovering Bruce Springsteen through my friend Rab McConaghy. The River would be the first of Springsteen’s records that I would buy new. It was released less than a year after the No Nukes album and though Bruce was 5 years from the commercial peak of Born In The USA his legend post Born To Run had already written.

There was that 1978 Old Grey Whistle Test footage of Rosalita. It was charismatic rock n roll performance par excellence, full of dramatic stop start, running, kneeling, jumping on pianos and the most exuberant rock music I had ever heard. Every fan will have a difference of opinion at to what tour saw Springsteen at his pinnacle. For me, I wish I’d seen him between 1978 and 1980. No Nukes is right bang in the middle.

So on that No Nukes album when Springsteen welcomes Jackson Browne for a rocked out version of Stay, the Maurice Williams and The Zodiacs song that Jackson Browne made his own on his most recent album Running On Empty, I am elated. Even better on this recording is that it is obviously from Springsteen’s other concert at the No Nukes weekend as he invites Tom Petty on stage too! Wow! Springsteen, Browne and Petty. In 1980 it doesn’t get much better than that.

In my eyes Springsteen doesn’t get much better than this either. We get the best of his iconic 70s catalogue with a hint towards The River and then after Stay, a 25 minute rock ’n roll celebration with a ten minute Detroit Medley of Mitch Ryder and The Detroit Wheels songs and another 10 minutes of Gary US Bonds’ Quarter To Three. Just when he must be exhausted he is back for Buddy Holly’s Rave On. It is all done to a home crowd, just across the river from New Jersey in Madison Square Garden. Hear those fans on Jungleland, a deep cut about the space between!

The Detroit Medley and Quarter To Three have been in the E Street Band’s set list for a few years. You can hear them in the famous 1975 Hammersmith Odeon shows. Here at No Nukes though I get the sense of more confidence and more rock strut as well as a good few minutes more music.

In 1980 there were no Bruce Springsteen live albums. We’d wait another 5 years and then be deluged with a triple album of best live cuts spanning 10 years. Interestingly nothing on Live 1975-85 has anything from 1979. I loved that long awaited box set BUT I have to say that this legendary show does it more for me. This is one night with The Boss and his E Street Band at the absolute top of their game. You are hearing the future of rock n roll and its name is… Worth every minute of the 40 year wait!