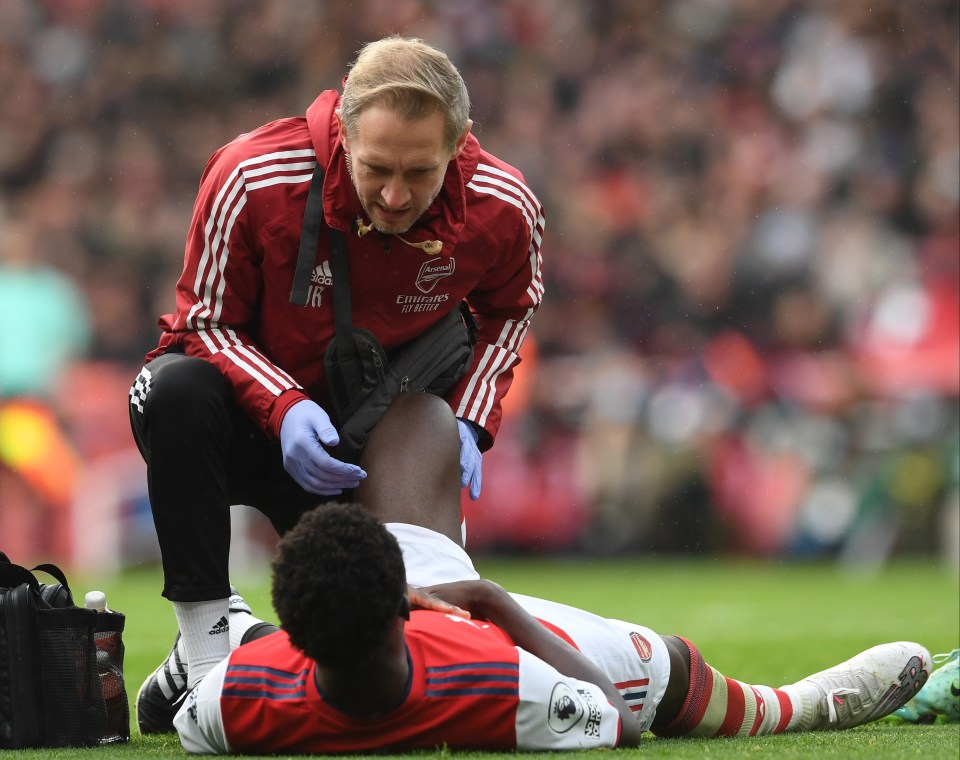 BUKAYO SAKA is struggling to be fit for Arsenal’s trip to Manchester United but has not suffered a serious long-term injury.

The England winger was forced off by a thigh problem shortly after scoring the opening goal during Saturday’s 2-0 home win against Newcastle.

But a scan on his tight quadriceps muscle has confirmed that he has sustained only minor damage.

There is even an outside chance that he could be available for the trip to Old Trafford, although it is unlikely that he will be included in the starting line-up.

Nicolas Pepe and Gabriel Martinelli are both in contention to replace Saka as Arsenal look to consolidate their bid for the top four.

Saka, 20, has started every Premier League game this season apart from the opening day defeat at Brentford.

He has already played 19 games for club and country this season and manager Mikel Arteta will not want to risk pushing him into the red zone with so many games coming up in December.

And the thigh strain suffered at the weekend could signal the need to start resting the young forward and allow him more time to recover for the gruelling festive period.

Arteta said he took the England international off because he felt “uncomfortable” but didn’t know exactly how hurt he is.

The Spanish head coach told Football London: “He [Saka] was uncomfortable to continue.

“We will have to probably scan him tomorrow and see if there’s any injury there.”

Saka‘s replacement Martinelli sealed the win for Arsenal after 66 minutes when he picked up a wonderful flick by Takehiro Tomiyasu down the right flank and beat Martin Dubravka with a sensational volley.