Business as Good News to the Poor

Affirmations 9 and 10 of the Wealth Creation Manifesto addresses the power of business to lift people out of poverty and fight injustice:

9. Wealth creation through business has proven power to lift people and nations out of poverty.

10. Wealth creation must always be pursued with justice and a concern for the poor, and should be sensitive to each unique cultural context.

Taken as a whole, the Wealth Creation Manifesto builds a sort of theology of business. It starts where every good theology must – in the identity of God, rooting the reader in the wealth creator’s role model – no less than the Creator of Heaven and Earth. It continues through affirmations of wealth creation as a holy calling, a provocative claim to many church and business leaders alike. But those willing to suspend disbelief at claims of holiness soon reach Affirmations 9 and 10 which tread on nothing less than the holy ground of Jesus’ own announcement of his ministry, words he drew directly from the prophet Isaiah:

The Spirit of the Sovereign Lord is on me,
because the Lord has anointed me
to proclaim good news to the poor.
He has sent me to bind up the brokenhearted,
to proclaim freedom for the captives
and release from darkness for the prisoners,
to proclaim the year of the Lord’s favor.

Jesus defined his ministry by its benefit to the poor. The people of Nazareth were moved at first but quickly turned against him. Many explain the drastic shift occurred as the crowd realized the man they knew since childhood was essentially claiming to be Messiah. But it’s worth noting that it was directly after Jesus denied big blessings for his own people that they moved to throw him off a cliff.

Wealth Creators on the Sidelines?

Are we so very different? How do we in the church receive these two Affirmations? Too often we love wealth creators when we think the blessings from their benevolence are headed our way, funding church programs, global missions, and charity to the poor, etc. However, many harbor suspicions about what good can possibly be accomplished for God’s Kingdom by the businesses themselves.

And how do we in business receive the prophetic summons to bless the poor and vulnerable when stewarding our gifts? Most faith-driven entrepreneurs are certainly willing to give out of the overflow of their business, but never ask God how to use their business model to model Christ, making Him manifest in the places and for the people who need Him most.

Now more than ever we cannot afford for faith-driven wealth creators to be sidelined in the work of reaching the poor and setting captives free. Studies predict the economic impact from COVID-19 could increase global poverty by as much as half a billion people. This will be the first time that poverty has increased globally in thirty years, with people struggling to fulfill the most basic needs like health, education, and access to water, sanitation, and other essentials. [1]

Fighting the Injustice of Modern Slavery and Poverty

And modern slavery, linked as it is to poverty, is predicted to rise rapidly amid the economic vulnerability created by the global pandemic. The International Labor Organization recently reported millions of men, women and children will fall prey to human traffickers promising work and decent jobs. [2]

Pause here. As wealth creators we can become numb to the overwhelming needs of the world. Statistics like those above remain just numbers, without the power to move us from our positions of relative comfort. This is and always has been the curse of kings. We know from Scripture it took prophets willing to face death to move the hearts of kings, who had often grown calloused, ultimately building their own kingdoms alongside or sometimes even rather than God’s. We judge their blindness but many times miss our own.

What is God calling wealth creators to bring to earth as it is in heaven? What is good news to the poor? Many say charity. But if you ask the poor, what most want is a good job. [3]

According to the United Nations and many others engaged in global poverty reduction efforts, job creation has been and continues to be essential. [4]  It is clear: bringing good news to the poor means bringing a job, but not just any job. After all, even those being trafficked and exploited are employed. As faith-driven entrepreneurs we should aim at nothing less than providing jobs that carry out the ministry Christ first proclaimed, making Him manifest for those held captive in the clutches of poverty. That kind of job turns good news into the Gospel.

Blessing the Poor and Captive, Through Business

Andy Crouch, Praxis Partner for Theology & Culture asks, “What would it look like if Christians were committed to living redemptively – actively moving into systems that are bywords for corruption and caveat emptor, and changing the whole game?”[5]  I have seen firsthand what that looks like. In my role as Executive Director of Freedom Business Alliance I have witnessed a global network of leaders building businesses to provide dignified jobs for survivors of human trafficking. It is a mission that requires daily sacrifice on behalf of leaders who could very easily find more success walking down almost any other professional avenue. Yet these leaders remain. They labor daily to build Christ-like communities of support and development only possible in places of employment, but so rarely found in the regions in which they operate. Together they are reimagining business at the intersection of the Cultural Mandate and the Great Commission.

The regions in which they operate are predominantly developing economies, where extreme poverty and modern slavery are all too prevalent and decent jobs scarce. These are places faith-driven wealth creators are desperately needed. But as Affirmation 10 of our Manifesto maintains, when we go into all the world, we must enter with sensitivity so as not to repeat the sins of the past. We bring some important resources but certainly not all. We bring some answers but must first seek understanding. And we bring Christ in us, but must never fall victim to the lie that He has not already been there moving, working in the hearts of the people, and perhaps most importantly, raising up leaders from whom we ourselves must learn. For as Randy Woodley, Distinguished Professor of Faith and Culture at Portland Seminary, outlines in his Missiological Imperatives, “God expects two conversions out of every encounter, our conversion to the truth in their culture, and their conversion to the truth we bring to the encounter.” [6]

As wealth creators we are in many ways the kings of our day, with power which comes from the Lord. But at the risk of being thrown off a cliff, I submit that this power is not granted solely to bless the wealth creator or even the church, but the poor and captive. And this blessing should not come through charity alone but through a reimagined engagement in the art of business patterned after nothing less than the ministry of Jesus.

More in this series:

Wealth Creation Manifesto: Affirming the Role of Business People in God’s Plan for the World
Shaping Our Views on Wealth, Wealth Creation and Wealth Creators
Creating Wealth for God’s Glory and the Common Good
Business Is a Holy Calling That Should Be Affirmed by the Church
Alleviating Poverty by Creating Businesses and Sharing Wealth
Business as an Agent of Human Flourishing and the Greater Glory of God 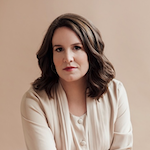 Rachel Rose Nelson serves as Executive Director of Freedom Business Alliance, the only global network creating business solutions to human trafficking. FBA has 100+ member businesses across 28+ countries. They are on a mission to scale the Freedom Business movement in order to create 100,000 new jobs.

Photo by Annie Spratt on Unsplash

Business as Good News to the Poor