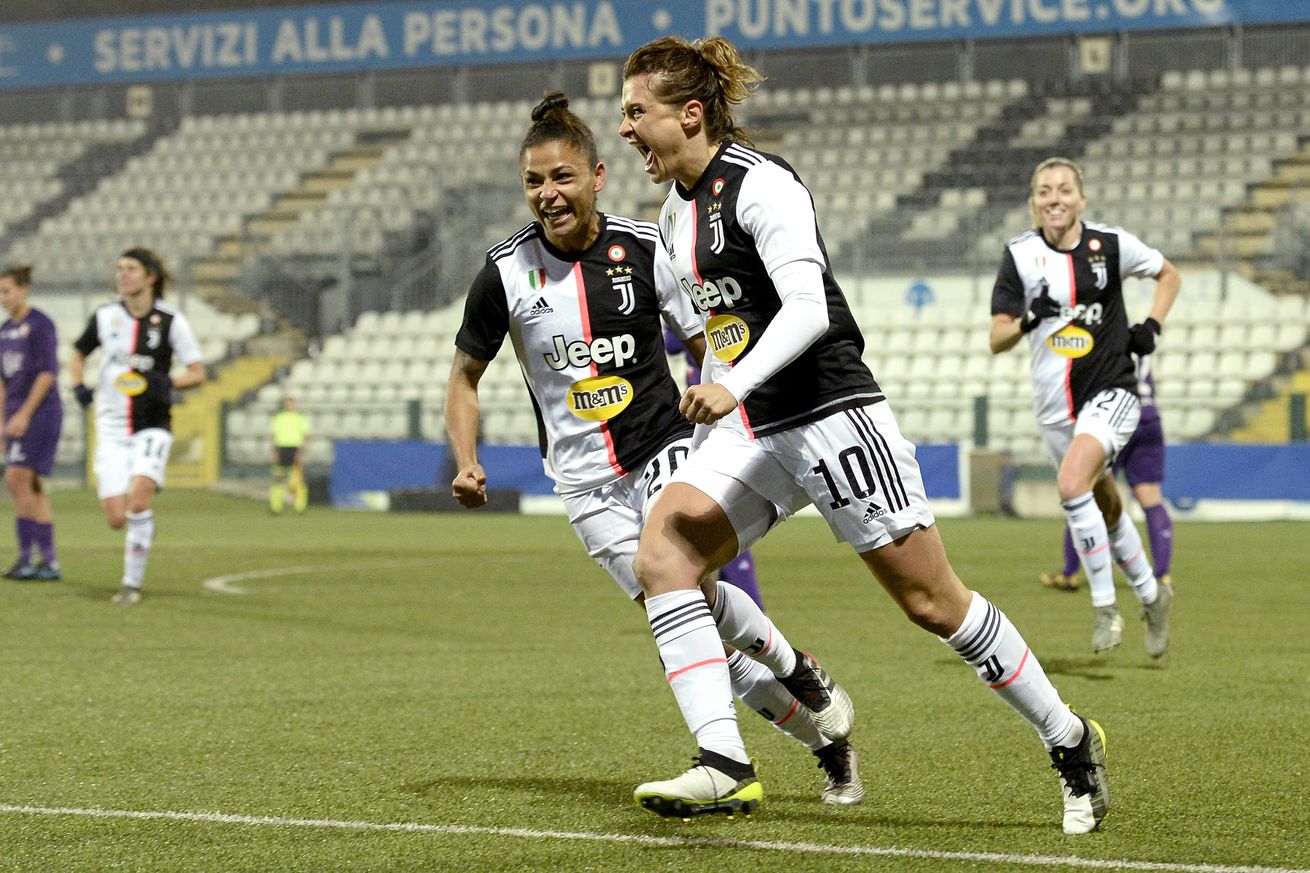 Juventus Women almost swept through its toughest stretch of the season

The month of November was quite good for the Juventus women, who are sitting comfortably atop the Serie A table.

There were three dates in November — and they just so happened to be on back-to-back-to-back weekends — where Juventus Women could either firmly establish its case as the top team in Serie A Femminile or have the Scudetto race be blown wide open.

Those three games above were, basically, against the closest competition that the Juventus women had when it came to the title race this season. When players talked about how much deeper the Scudetto race is this season on the women’s side, it’s because the competition domestically is getting better as each of the past few seasons have gone on.

But after those three games, ones that had the two-time defending Italian champions play the three closest teams behind them in the standings, Juventus Women was all of one last-minute goal away from sweeping the entire three-game stretch and putting some much-needed breathing room between the rest of the competition as the midway point of the league schedule quickly approaches.

Essentially, Juventus Women captured seven out of a possible nine points, with a somewhat-disappointing 2-2 draw against Milan followed up by convincing wins over Roma and then Fiorentina, with some of the best football Juve has played all season coming in these three games.

Combine those valuable seven points over their closest competition with what else has transpired the last three weekends and Juventus Women’s lead atop Serie A has gone from very little to now five points over Milan entering the final two games before the winter holiday. (Which, by the way, happen to be against two of the worst teams in the league.)

So, when you look at this as a test to see what the Juventus women’s squad was made of coming out of the international break, I think it’s safe to say that they passed it.

And it’s not like things have been all but routine the last couple of weeks, either.

As they welcomed back one of their best players in Barbara Bonansea after she missed nearly three months with a broken bone in her foot, the surprising news that last season’s leading scorer, Eni Aluko, was going to be leaving the club at the end of November due to a handful of reason (both personal and professional). Whether the club was caught off guard by Aluko’s decision that was announced prior to the win over Roma — she didn’t appear in either of the two games after saying she was leaving — hasn’t exactly been something talked about all that much, but it’s not exactly all that common to see a player forgo the second half of the season with one team just like that.

Based on how they played in the two games after Aluko announced her departure,

The 4-0 win over Roma might have been Juve’s most complete of the season. The offense was clicking — and finishing — as well as it has through the first month of the season. Roma’s summer injection of talent was neutralized as well, with Juventus Women goalkeeper Laura Giuliani — one of the six Juve players honored at Monday’s Gran Gala del Calcio — virtually pulled a Gigi Buffon from the Antonio Conte era and didn’t have much to do at all. Following that up with another strong performance against Fiorentina in another top-of-the-table showdown, with a very good first-half showing paving the way for yet another win over a Viola side that has been Juve’s biggest rival over the last 2 1⁄2 years.

In the immediate future of Aluko’s departure, Juve has shown the attack that its potential in attack to really hit its stride now that the midway point of the season is here.

A lot of that has to do with how Cristiana Girelli played over the course of the big three-game stretch — she had a goal against both Roma and the game-winner against Fiorentina — and for pretty much the entire season as a whole. (Somehow, Girelli wasn’t included in the Serie A Femminile team of 2019 at Monday night’s Gran Gala del Calcio.) In eight games this season, Girelli — one of Italy’s stars from the Women’s World Cup this past summer — has scored a league-best nine times and really shows no signs of slowing down.

Combine Girelli’s impressive start with Bonansea’s return and the emergence of summer signing Maria Alves on the wings and that right there is reason No. 1 as to why Juve’s attack is in good shape despite losing its leading scorer from last season.

But if the last three weeks are any indication, Juventus Women are starting to hit its stride just as the season is about to hit the midway point. The hope is that we’re still saying that come January and February once the league schedule gets going again.

And if that happens, then the lead atop the Serie A Femminile standings will continue to be a comfortable one come the return set of these three fixtures — which sure would be nice.

Juventus Women almost swept through its toughest stretch of the season