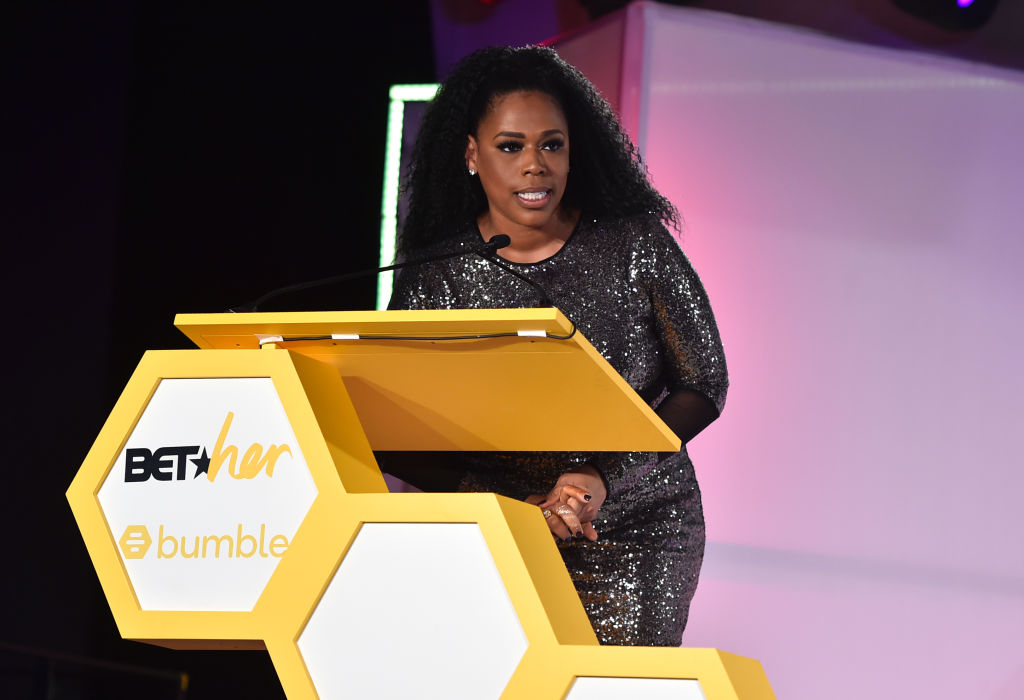 Is this strip club lane big enough for the both of them?

While fans can’t wait to go back down in the valley where the girls get naked, P-Valley’s drama went from the locker room to a real-life courtroom. The Wrap reports that Nicole Gilbert-Daniels filed a lawsuit on Wednesday against Lionsgate Entertainment and Starz for the hit show, calling it a “veritable unauthorized 2020 knock-off” of her musical stage play “Soul Kittens Cabaret,” which came to DVD in 2011. Does she have a case?

Gilbert-Daniels is best known as a ’90s R&B star from the Grammy-nominated group Brownstone. She has since launched Women In Reality Film Media and became a successful producer for shows like TV One’s R&B Divas and BET Her’s From The Bottom Up. Gilbert-Daniels has reason to believe Lionsgate was inspired by her musical because her entertainment attorney Leroy Bobbit pitched a TV musical drama based on “Soul Kittens Cabaret” to Lionsgate CEO in 2014. According to the suit, Feltheimer received two copies of her script and the “SKC” DVD.

What’s funny about this is P-Valley is based off a play by Katori Hall called Pussy Valley. She began research on that play in 2009 lol https://t.co/MggQLvEXee

“During the Lionsgate SKC Pitch, Feltheimer expressed enthusiasm and interest in scripting ‘SKC’ as a musical drama series for Lionsgate and even stated that he loved the character named ‘Tata Burlesque,”” the court documents state. “Feltheimer further explained that he enjoyed reading scripts and would read the script over the weekend, share it with the Lionsgate team, and follow up with Bobbit.”

However, the suit claims Lionsgate ghosted them and never got back to them about developing the series. P-Valley creator Katori Hall based the Starz show on her 2015 play “P*ssy Valley,” which takes place at the Pynk in Chucalissa, Mississippi. Does this mean she’s also accusing Hall, the Pulitzer Prize-winning playwright, of copying “Soul Kitten Cabaret” for the 2015 play? Hall, executive producer Liz Garcia, and co-producer Patrik-Ian-Polk were all listed as co-defendants who allegedly “knowingly and illegally used Plaintiff’s works to create the ‘P-Valley’ television series.”

In Gilbert-Daniels’ official statement on the lawsuit, she emphasizes that this is a continuation of WIRF Media’s mission to empower minority women creators and protect their intellectual property from exploitation. She also includes a video with dozens of direct comparisons between P-Valley and “Soul Kittens Cabaret.”

The civil suit is seeking actual damages, statutory damages, and a jury trial. While this mess gets even messier in court, fans hope this lawsuit won’t slow down the long-awaited release of P-Valley’s second season.