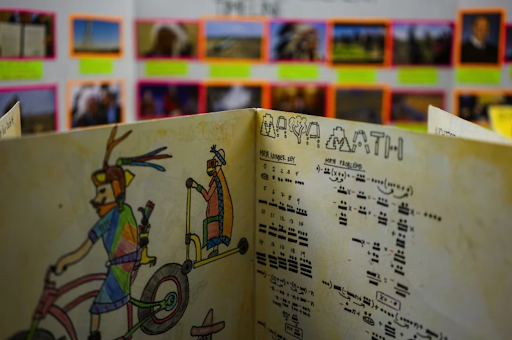 So happy for California's children. All the efforts by Ethnic Studies' advocates have finally paid off.  We here in Texas hope to pass similar, albeit different, legislation that allows for currently elective Ethnic Studies courses to count toward high school graduation. My dear friend and colleague, Dr. Theresa Montaño's comments are the most pointed in this piece:

“It’s high time that we addressed the demographic imperative,” said Theresa Montaño, professor of Chicana/o studies at Cal State Northridge. She noted that the battle over ethnic studies courses began in the 1960s. “In California, 70% of students are students of color. They go through 12 years of an education — taking everything from mathematics to biology — and yet it’s taken 53 years to get a single course in something that is relevant to their own personal historical trajectory.”

Curriculum, and whose knowledge counts, are inescapably political processes that as we can see here, involve compromise. Once a bill becomes law, it can be amended at a future point should the goals of the legislation get thwarted or minimized. May all take a breather now. Having it "in the books," is an essential first step.

In the meantime, congratulations to our many friends and colleagues in California who are making history with this legislation. Someday, Ethnic Studies will simply be called "a good education." 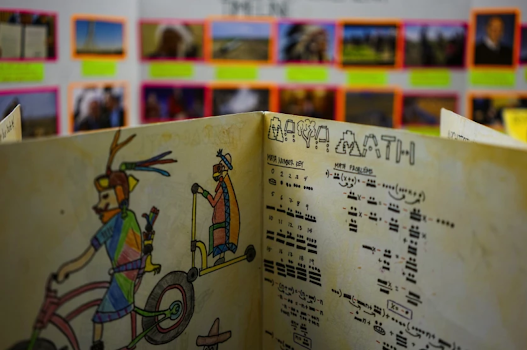 After more than five years of intense scrutiny and effort, California on Friday became the first state to make ethnic studies a required class for high school graduation to help students understand the past and present struggles and contributions of Black, Asian, Latino, Native/Indigenous Americans and other groups that have experienced racism and marginalization in America.

Although critics from across the political spectrum remain, the bill garnered overwhelming support in the Legislature and was signed into law by Gov. Gavin Newsom, who had vetoed a nearly identical measure last year. At that time, he called for a revised and completed state curriculum guide for ethnic studies — one that would be, he said, balanced, fair and “inclusive of all communities.”

The revised teaching guide was completed and approved in March by the state Board of Education. The requirement would first apply to those who graduate in 2030.

“Ethnic studies courses enable students to learn their own stories — and those of their classmates,” Newsom said in a signing statement. A news release from his office predicted ethnic studies will “help expand educational opportunities in schools, teach students about the diverse communities that comprise California and boost academic engagement and attainment for students.

The signing was lauded by Assemblyman Jose Medina (D-Riverside), the bill‘s author. Medina called the new requirement “long overdue” and “one step in the long struggle for equal education for all students.”

Ethnic studies in California classrooms will move forward as a compromise between advocates who wanted an activist, anti-imperialist approach and those who asserted that the first version of the state teaching guide was filled with radical ideology, obscure academic jargon and bias against capitalism.

Alterations toned down these elements and also added the experiences of Jewish, Armenian and Sikh communities in the U.S.

With the issue seemingly settled at the state level, debate could now move to schools and school districts — and become entangled in a volatile political divide over critical race theory and the extent to which it is incorporated in the state’s ethnic studies curriculum. School boards must hold public hearings on the courses they plan to offer.

Critical race theory was first developed at the university level as an academic lens through which to analyze how race and racism are enmeshed in institutional and systemic inequities in America. A footnote in the state’s ethnic studies teaching guide states that critical race theory “acknowledges that racism is embedded within systems and institutions.”

Critical race theory is rarely mentioned in the teaching guide, but critic Williamson M. Evers said the overall model curriculum is “permeated” with content that makes it “racially divisive and burdened by faddish ideology.” According to Evers, a former U.S. assistant secretary of Education, and some other opponents, the problematic issues include a reliance on the concepts of critical race theory, leading to a portrayal of American culture and institutions through a racially divisive prism of oppressor and victim.

Newsom didn’t see it that way.

“America is shaped by our shared history, much of it painful and etched with woeful injustice,” the governor said in his signing statement. Students “must understand our nation’s full history if we expect them to one day build a more just society.”

Individual school districts will have the task of developing courses using the state’s teaching guide, which is called a “model curriculum.” Educators can pick and choose elements to include in a local course but are expected to be faithful to the main ideas of this framework.

Students in Glendale, with its large Armenian American population, for example, could study the Armenian immigrant experience in that community.

Under the law, students in the class of 2030, who will start high school in the fall of 2026, must pass at least one single-semester course. And by the fall of 2025, all public high schools will have to offer such a class.

Secretary of State Shirley Weber, a longtime professor of Africana studies and a former member of the Instructional Quality Commission, which reviewed the model curriculum, said the successful push for ethnic studies sets California apart.

“At a time when some states are retreating from an accurate discussion of our history, I am proud that California continues to lead in its teaching of ethnic studies,” Weber said. “This subject not only has academic benefits but also has the capacity to build character as students learn how people from their own or different backgrounds face challenges, overcome them and make contributions to American society.”

Even before the statewide requirement, an increasing number of schools and districts were offering ethnic studies, and some, including the Los Angeles Unified School District, already had made the class a graduation requirement.

Ultimately, many California ethnic studies critics were at least mollified by changes to the teaching guide or to the legislation. These included Jewish and pro-Israel advocates, who asserted that the original draft of the model curriculum was anti-Israel and defined Islamophobia but not antisemitism.

The final version deletes the lessons and references that offended some Jewish groups.

When the bill passed with overwhelming approval in both the Assembly and the Senate, the Legislature’s five “diversity caucuses” — lawmakers who identify with and evaluate legislation with sensitivity to Asians and Pacific Islanders, Black people, Jews, Latinos, and Native Americans — issued a joint statement of support.

“Requiring ethnic studies in high schools is an integral part of cultivating a classroom environment that is accepting of diversity,” the joint statement said.

The revised curriculum now includes two sample lessons about the experience of Jews in America. Arab Americans are included with a sample lesson titled “An Introduction to Arab American Studies.” Another lesson is “The Sikh American Community in California.”

A Sikh representative said the changes represent a step in the right direction.

“While this is an extremely positive development for the California Sikh community, we also must acknowledge that the curriculum which passed in March 2021 did fall short and leave many other marginalized communities behind,” said Pritpal Kaur, education director of the Sikh Coalition.

Another change: A glossary with terms developed largely at the college level, such as cisheteropatriarchy (“a system of power that is based on the dominance of cisheterosexual men”) was deleted.

And language directly associating capitalism with oppression also was struck from the revision.

But those who wrote the original draft say the final teaching guide is too diluted. They objected to the extent of the expansion beyond the four groups that have traditionally been the focus of ethnic studies: Latinos, Asian Americans, African Americans and Indigenous peoples — those who lived in the Americas before the arrival of colonizers from Europe. They were not invited to take part in the revision and have disassociated themselves from it.

Even so, a leader of that group applauded the new graduation requirement.

“It’s high time that we addressed the demographic imperative,” said Theresa Montaño, professor of Chicana/o studies at Cal State Northridge. She noted that the battle over ethnic studies courses began in the 1960s. “In California, 70% of students are students of color. They go through 12 years of an education — taking everything from mathematics to biology — and yet it’s taken 53 years to get a single course in something that is relevant to their own personal historical trajectory.”

Two provisions of the bill bother Montaño and others who favored the original draft of the teaching guide.

The bill specifically advises that school districts avoid using anything that was removed from the original draft. The new law also requires that course materials be provided for public review, including a public hearing, before being approved at a later meeting.

Montaño said these two provisions could become a recipe for litigation and unruly board meetings at which educators could become targets for intimidation from uninformed or hostile critics. Already, she noted, opposing ethnic studies has become a rallying point for the political right.

This year, protesters descended on the Los Alamitos Unified School District to complain that a proposed ethnic studies class and social justice learning resources would spread “hate for America and all America stands for.” Others strongly challenged those claims, and the Los Alamitos Board of Education eventually approved the learning materials.

Newsom defended the additions that Montaño objected to.

“I appreciate that the legislation provides a number of guardrails to ensure that courses will be free from bias or bigotry and appropriate for all students,” Newsom said in his signing statement. “The bill also expresses the Legislature’s intent that courses should not include portions of the initial draft curriculum that had been rejected by the Instructional Quality Commission due to concerns related to bias, bigotry, and discrimination.”

“As we’ve seen in this lengthy process, there are criticisms from different sides, from the left and the right,” Medina said. “This wasn’t an easy task, but at the end of the day, in the adopted version, I say that it’s a model curriculum that we can all be proud of.”