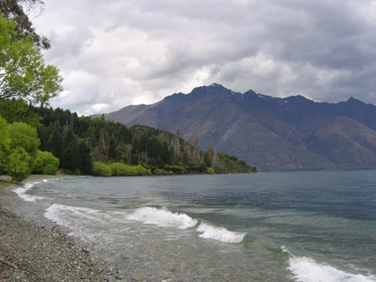 Can We Please Go There and Back Again? Touring New Zealand As Middle-earth (Part One) 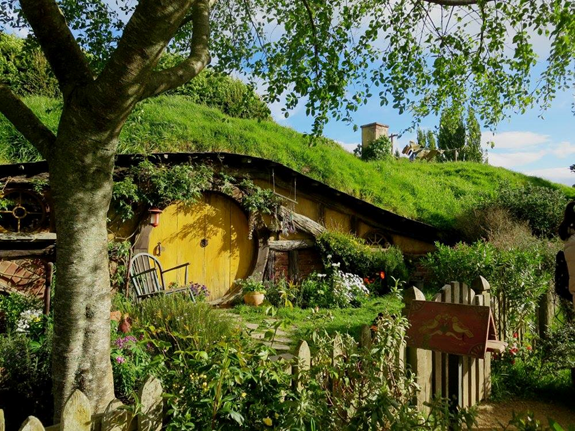 Twenty years. On December 19, 2000, a young TheOneRing.net was abuzz with news of LotR Christmas parties, a new spy photo of four battle-ready hobbits, and the big one: New Line Cinema was starting the countdown clock. Only 365 sleeps until The Lord of the Rings: The Fellowship of the Ring would make its long-awaited debut.

At the time, we hoped that the movie could live up to crushingly high expectations; that we would be transported, live-action style, into Tolkien’s Middle-earth. What many of us did not appreciate, though, was the thorough gob-smacking we would experience through Aotearoa – how completely transporting, impossibly immersive, and mind-bendingly beautiful this remote archipelago of New Zealand could be.

Now here we are, on the cusp of 2021 and a series of 20th anniversaries for movies that have never faded in their grandeur and emotional impact (not to mention meme generation power).  And like Bilbo, pandemic or no, the heart stirs and we long to see mountains again, Gandalf, mountains! And lakes, rivers, forests, fields, and fens. New Zealand is calling.

For the LotR-lover, this is mandatory bucket list territory. But did I mention remote? New Zealand is a long flight from literally everywhere. Even flying from Sydney to Auckland covers more than three hours and two time zones. One does not simply pop by.  That means you need a plan, aspiring Kiwi-connoisseur. And TORn is at your service, with some thoughts on must-see filming destinations, an example itinerary or two, and some resources that might prove useful, should 2021 prove kinder than this last year to those itching to get out into the World again.

Note: This is the first part of a two part series. In this portion, we will review getting around NZ and the Top Ten Lord of the Rings / The Hobbit locations.

Getting Around in General

Rent a car. That’s the tweet. Sure, you’ll have to figure out how to drive on the left, (not a problem for our British readers!), but getting out into the open country is the whole point. It’s manageable, allows you to take everything at your own pace, and you’ll want to stop and take pictures at every turn of the road. Every. Single. Turn. There will be some places where you’ll want to join a professionally guided group, either to take a break or because it affords you special access to certain spots. Perhaps you’re going with a selected group that matches your level of geeky enthusiasm. In that case, traveling with the group by bus could be an option. But there’s really nothing like wandering un-rushed through brush-land, GPS coordinates in hand, looking for that exact spot where Sam longed for a few good taters. Tour buses don’t tend to wait for that kind of thing. While there aren’t any interstates that allow rocketing between major cities (they don’t really have many of those), navigating NZ is eminently approachable. If you are fortunate enough to build an itinerary that covers both the North and South Island, (and there are great Middle-earth sites on both), take the ferry between them!

First, let's be honest here: the staff at TORn is not nearly monolithic enough actually to have a consensus point of view. This tapestry of tastes is part of the beauty of the Tolkien fandom. The population of the following list, let alone their order, can generate wonderful debate. Planning your ideal and customized adventure is the first part of the fun. Also, New Zealand has MUCH more to offer than simply the Hobbit and LotR film sites, as ridiculous as that may sound. We simply haven’t the space to cover them all, so let’s just focus on film immersion, shall we?

A confession: ten is too hard, so a few honorable mentions first. Who knows? They may end up at the top of your own list:

Located near the Haurangi Forest Park at the southern tip of the North Island, this is a full day trip side excursion out of Wellington. For the intrepid, cosplay like Aragorn, Legolas or Gimli, for a true 'Paths of the Dead' experience.

This central South Island spot is immediately recognizable as the post-Smaug Lake-town survivor campsite. It’s actually possible to stay in a bed and breakfast that has retained some of the movie wreckage. Lake Pukaki also offers wondrous views of New Zealand’s tallest peak, Aoraki/Mount Cook.

This will be the toughest spot to get to; just as it was for Sean Bean. Accessible via a helicopter ride out of Nelson, these iconic rock formations are NOT CGI. The helicopter cost? Expensive. Hiding from crebain from Dunland? Priceless.

OK, sure, it’s a field. But what a field! The winner of the 2020 OneRing March Madness tournament, the spot boasting the ride of the Rohirrim to Gondor’s rescue needs to be on your list. Budget as much time as you need to get that “Death! Death!” zeal stirred. It’s also found on the central South Island, near the Lake Pukaki site.

Even if you’re not a big Hobbit film fan, you’re going to love this spot. These scenic cliffs and surrounding caves and contours are located near Piopio on the North Island’s west coast, and provided one of the most extensive filming spots in the Hobbit series. It’s also very convenient to another non-Middle-earth wonder, the Waitomo Glowworm Caves. Maybe you’ll find your own Sting! It’s on private land, so there’s an entrance fee.

Found on the South Island, southwest of Queenstown, this is a charming area to explore generally; and home to a number of LotR and Hobbit scenes. For Team Samwise, you can charge into Nen Hithoel before Frodo makes his escape to the Emyn Muil. Watch out for submerged glass, though.

Another area of New Zealand worth a lingering visit, the country’s volcanic equivalent of America’s Yellowstone can be found in the center of the North Island. Whether you’re envisioning a Sauron-Isildur death match or a slow crawl to the Cracks of Doom, this is your spot.

Now we’re getting into MUST SEE territory. Our Meduseld-boasting hill (OK, they tore that down) really is in the middle of nowhere, about a two-hour drive from the South Island’s Christchurch. It’s publicly accessible, and kids, when I was your age, I had to ford something like six streams just to get there. Today’s footbridges are for the weak. Have a picnic on the windy top, and keep an eye out for Shadowfax.

Middle-earth Central in New Zealand, there are many fannish reasons to loiter around New Zealand’s capital. Head up to Mount Victoria and throw yourself off the road just in time to avoid Black Riders. Take a quick trip to Harcourt Park and imagine strolling with wizards near Isengard. Wave at the Dry Creek Quarry and puzzle out how PJ and team managed to create Helm’s Deep or Minas Tirith on the spot. Take a raft trip on the nearby Hutt River, and imagine the regret of leaving Lothlorien. Visit the Stansborough Mill to see how elven cloaks are really made.

Perhaps a controversial call. For some, this is THE number one spot, a jewel on New Zealand’s South Island and one of the few towns with a truly vibrant night life. For Ringers, the treasures are abundant; it is one of the regions most densely packed with film locations in the whole country. That starts with the stunning Remarkables mountain range, an iconic backdrop for the Dimrill Dale and the White Mountains/Gandalf’s ride to Minas Tirith. Nearby Glenorchy was home to scenes in Isengard, Lothlorien, and that Ithilien camp where Gollum likes things raw and wriggling. There’s great recent news that Deer Park Heights has reopened, bringing classic locations back into the fold: Aragorn’s Cliff, the Rohirrim march to Helm’s Deep, the exit to the Paths of the Dead, the Bad Soup Sitting Rock. Or visit Skippers Canyon and imagine outrunning the Nazgûl yourself. Or what Arwen might have done with a jet boat on the Shotover/Bruinen River.

Number 2: Weta and the Weta Cave

Guilty! This is a bit of a cheat, because technically this could have been part of the Wellington entry. But it’s WETA for crying out loud. They continue to up their game on the wonder potential at the Cave, offering behind the scenes tours to see iconic props and prop making for the expanding universe of Weta projects. Plus there’s an amazing gift shop, and you can hang with Bill, Tom, and Bert for as long as you want. They’re not going anywhere. (By the way, today marks the one-day-versary of Weta opening another must-see experience, this one in Auckland: "Weta Workshop Unleashed". But it’s possible you’ll hear a few more details on that front soon!)

Was there really any doubt? About a 2-3 hour drive south of Auckland and near Matamata, this is a fully rebuilt, permanent park offering a truly immersive experience. The 1250 acre sheep farm has been open to the public since the LotR filming wrapped, following a groundswell of fan interest (to local astonishment) in visiting this Middle-earth Mecca. The spot would still have been number one on most folks’ lists even back when all it boasted was one sadly disheveled and mostly deconstructed hobbit hole. The Party Tree alone was worth making this stop the first priority on your NZ itinerary. But now! Hobbit holes galore, in varying sizes! Games on the Party Field! A new Sandyman’s Millhouse, offering opportunities for private parties, wedding receptions, and corporate events. And there’s a fully functional Green Dragon Inn, which also offers opportunities to book both breakfast and/or dinner!  Don your hobbit duds and loiter here long. And yes, it comes in pints.

Note: The second part of this series will be posted shortly. In it, we will suggest a variety of itinieries as well as the plethora of additional resources available. Stay tuned!

Editor Note: Throughout the month, and as part of our Tolkien Advent Calendar celebration, we are featuring news and resources for fans of J.R.R. Tolkien, his worlds and works. Today’s official advent calendar is below!

Can We Please Go There and Back Again? Touring New Zealand As Middle-earth (Part One)