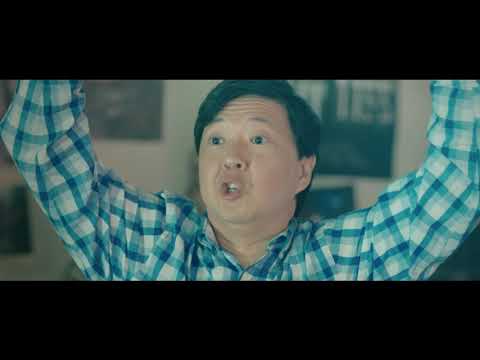 Welcome to this week’s Casting News! Last week, we showed you the first trailer for Jim Broadbent’s latest comedy and told you about a new limited series for Dan Fogler, but this week, we have exciting news about a Big Mouth spinoff and a sneak peek of Ezra Miller’s superhero suit. Castium Revelio!

First up this week is a new stop-motion animated show for Helena Bonham Carter (Bellatrix Lestrange). The House is a dark comedy that follows the lives of three different occupants of a house. Bonham Carter will play Jen, one of the house's eccentric tenants. We don't know much about Jen or the show itself, but we'll keep you updated when we do!

Next up we have a short clip from Jason Isaacs's (Lucius Malfoy) latest film. Occupation Rainfall is a sci-fi action film, although Isaacs's extraterrestrial character, Steve, is sure to provide some comic relief. The film will focus on the resistance against an intergalactic invasion and will follow the remaining human survivors and some rogue aliens as they attempt to end the war for good. You can watch the clip below!

Nick Moran (Scabior) took some time at the Tribeca Film Festival to talk about his latest directing project, Creation Stories. The biopic follows Alan McGee as he transforms from a working class man in Glasgow to the influential musician, manager, and record label owner we know today. Moran talked about how he became involved in the project, his research into McGee's life, and the preparations he did before going on set. You can read the full interview at Shock Ya!

We have news of a Big Mouth spinoff series next. The show, which is called Human Resources, will allow David Thewlis (Remus Lupin) to reprise his role as the Shame Wizard, with reports saying that he will feature heavily in this new series. Other returning cast members include lead actors Nick Kroll and Maya Rudolph, while Randall Park and Keke Palmer will have their debuts in the supernatural world of Big Mouth with this show.

We have another Wizarding World star working on a directing project; Zoë Kravitz (Leta Lestrange) will make her directing debut with Pussy Island, a thriller that she cowrote alongside E. T. Feigenbaum. It follows the life of a cocktail waitress who falls into the inner circle of a tech giant. However, after arriving on his private island, she begins to notice something sinister about the beach paradise. We can't wait to watch the movie, although we don't yet have a release date.

Colin Farrell (Percival Graves) has been cast in a new take on the classic Greek myth of Oedipus. It's called Love Child and will tell the story of a young boy who tries to get his mom all to himself by getting rid of his dad. When a handsome stranger turns up, his plans don't work out as expected. We don't know which role Farrell will be playing, but we can presume it's either the boy's father or the stranger. Which one do you think he'll play?

Finally this week is a sneak peek of Ezra Miller's (Credence Barebone) super suit. Fans have been anticipating his performance in The Flash as the lead role since it was announced, and now we finally have a snippet of what this version of the speedy superhero will look like. The film's director, Andy Muschietti, posted an image of part of the suit on Instagram, and although it isn't anywhere near the whole thing, it does give fans an idea of what the entire suit could look like. Take a peek at the post below!

That’s a wrap for this week’s Casting News! Are you most excited to see Jason Isaacs’s alien character, David Thewlis’s reprising role, or one of the other projects we’ve told you about? Let us know in the comments!