Celebs’ Gathering Host To Be Charged In Court Along With 1 Visitor, 11 Others Fined $300 Each

When Singapore was in Phase 2, we could only gather in groups of 5 or less, and private residences could have not more than 5 visitors.

For those who followed the rules strictly, it may be frustrating when we come across people who don’t. This is especially if they’re public figures like celebrities.

That’s why when photos of a large-group gathering containing local celebs circulated over social media, they caused quite a stir. Many demanded to know what the repercussions would be, and it’s now been revealed that 2 people – the host and 1 visitor – will be charged in court.

11 others who attended the gathering will be fined $300 each.

In a media release on Monday (1 Feb), the Building and Construction Authority (BCA) said 13 people had gathered in a residential unit on Daisy Road, which is off Braddell Road.

The gathering was on 2 Oct, which was right smack in Phase 2.

According to the COVID-19 (Temporary Measures) (Control Order) Regulations 2020, groups of more than 5 weren’t allowed to visit private residences during Phase 2.

Gathering was a birthday celebration

The purpose of the gathering was a birthday celebration, BCA said.

In the photo of the group, actor Jeffrey Xu – whose birthday is on 3 Oct – is holding a cake.

Other local celebs that were identified in the photo include actors Terence Cao, Shane Pow, Julie Tan and Jeremy Chan, and 98.7FM radio DJ Sonia Chew.

On Cao’s Instagram profile, he also posted a birthday greeting to Pow, whose birthday happens to be on 4 Oct. In the photo the Cao posted, he and Pow are wearing similar clothes to the group photo, so it might have been taken on the same occasion – perhaps a double celebration?

None of the people in the photos were wearing masks.

Owner of residence to be charged in court

For letting 12 non-household members enter his place of residence, the owner of the premises will be charged in court.

The BCA didn’t name the owner, but only said that he’s a 53-year-old man.

Terence Cao, incidentally, is also 53 years old, according to AsiaOne. 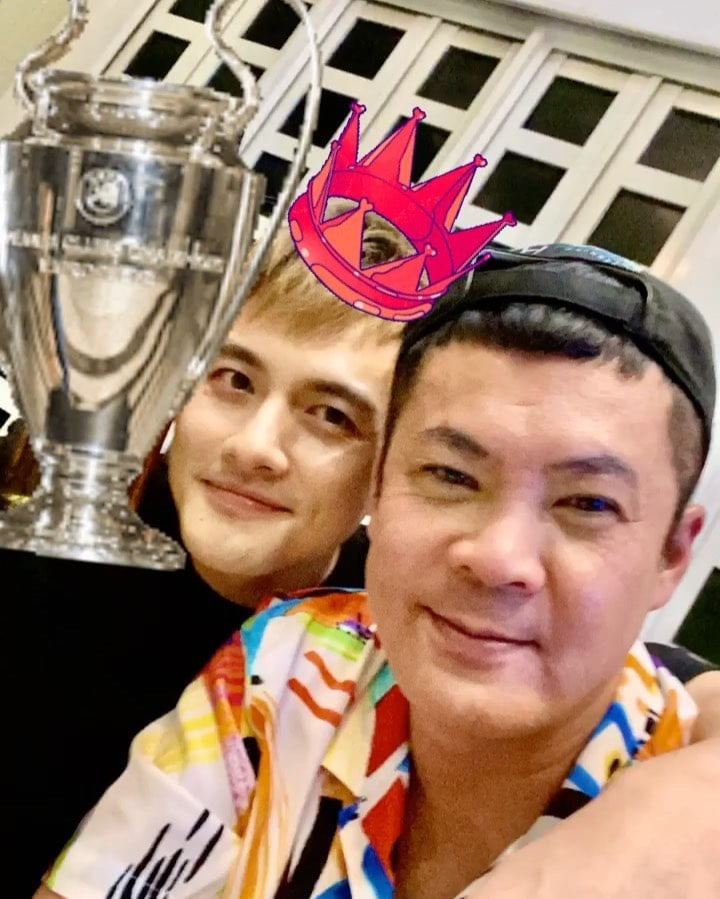 1 visitor will also be charged in court

Besides the 53-year-old host, a 50-year-old man who was a visitor will also be charged in court.

By attending the gathering, he had gathered outside his place of residence with 12 other people who’re not from his household.

The BCA said the man also allegedly invited 3 of the visitors to the gathering.

This is despite knowing that their arrivals would cause the gathering to be too large.

If found guilty of their offences, the host and the visitor each face a fine of up to $10,000 and/or a jail term of up to 6 months.

The other 11 visitors to the gathering have been punished with a fine of $300 each.

The BCA noted that a composition fine was issued to these 11 instead prosecution.

This takes into account the “level of their culpability in relation to the breach”, it added.

The management corporation of the unit has also been advised to ensure that residents comply with safe management measures.

Artistes apologise for their actions

Mediacorp has spoken to Cao, Pow and Xu, who are under their management, reported 8 Days.

The 3 apologised for their mistake, saying they regret their actions deeply. I am sorry! Faced with the restrictions of the epidemic, I did not abide by the safety measures and did not set a good example. I am very apologetic. I feel regret and guilt for my erroneous behavior!

I’m sorry to have let friends and family around me, who love me, suffer and worry. I am very sad and regretful!

I offer to everyone my sincere apologies: I’m sorry, I was wrong! Please forgive me!

Mediacorp also spoke to Chew after finding out that she was at the gathering too. According to The Straits Times, Chew was subsequently dropped from hosting Mediacorp’s annual new year countdown show and replaced with Jean Danker.

Mediacorp also said in a statement that it has taken this matter “seriously”, and is cooperating fully with the authorities in their investigations.

Covid-19 doesn’t care who you are

Covid-19 doesn’t care whether you’re an ordinary citizen or a celebrity.

Thus, safe distancing rules apply to all. In fact, as public figures are supposed to set an example, celebs are under greater scrutiny when they fall short.

The punishment meted out should satisfy public clamour for the gathering’s attendees to face consequences.

However, all Singaporeans could use a reminder judging from the Covid fatigue seen in the lead up to Chinese New Year.

The post Celebs’ Gathering Host To Be Charged In Court Along With 1 Visitor, 11 Others Fined $300 Each appeared first on Must Share News - Independent News For Singaporeans.

Celebs’ Gathering Host To Be Charged In Court Along With 1 Visitor, 11 Others Fined $300 Each