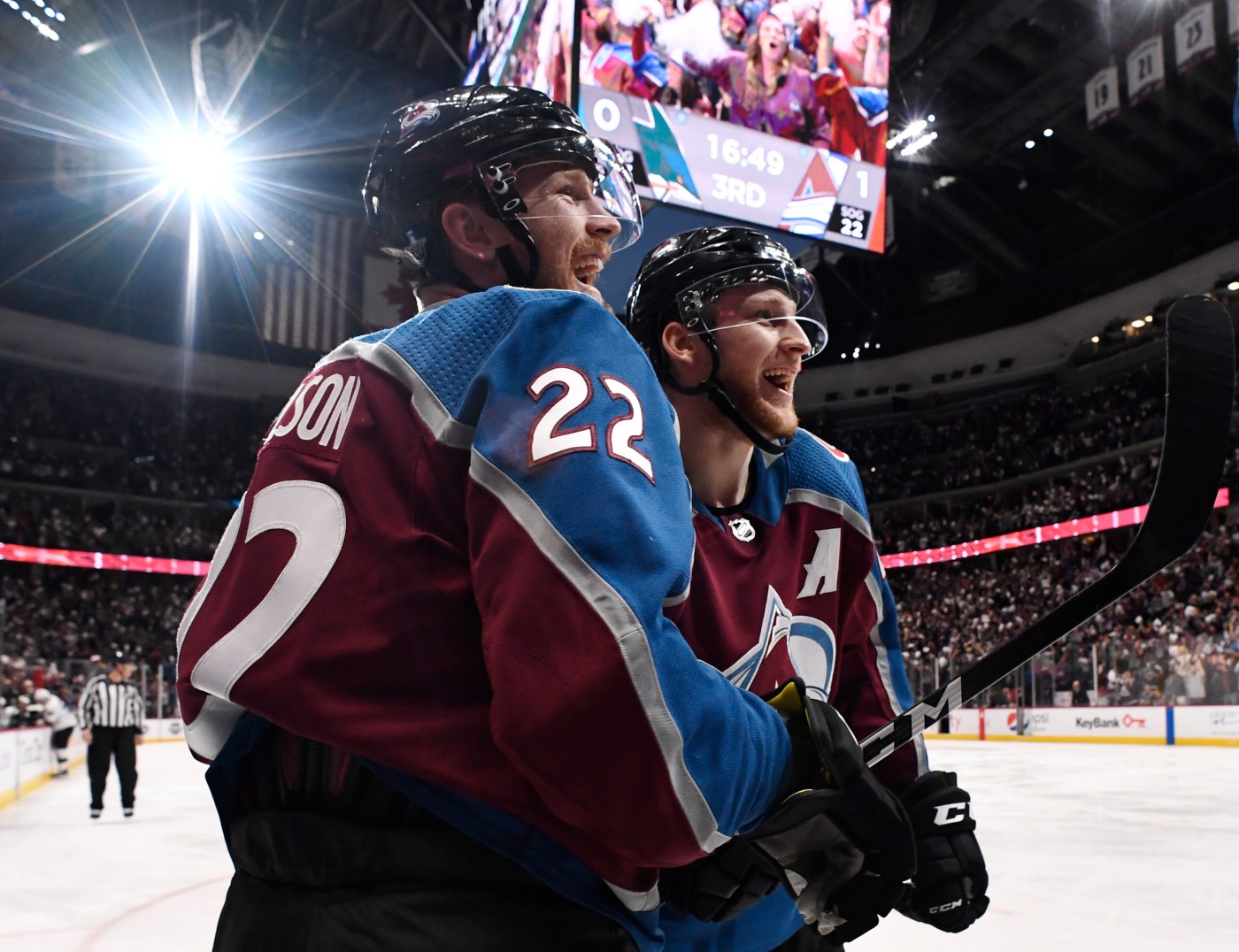 Chambers: Colin Wilson has a lot to say about Avalanche, OCD

Before COVID-19 and the switch to video interviews, Colin Wilson was up there with Gabe Landeskog and Mikko Rantanen as one of the most approachable Avalanche players in the locker room.

Wilson, who played just nine games last season, his third with the Avs, wasn’t as important to the team as Landeskog or Rantanen. But you knew he was genuinely an exceptional person.

Which is why I was saddened to learn of his obsessive-compulsive disorder (OCD) that led to alcohol and drug problems when he wrote about them in a personal essay to The Players’ Tribune on Oct. 29. At the same time, I was relieved Wilson was being treated and sounded upbeat about conquering those demons.

Wilson, 31, was again in the news last week when he announced his official retirement and was interviewed on NHL Network Radio with host Steve Kouleas and former Avs defenseman Shane O’Brien.

Wilson had a lot to say about the Avs, including:

— Playing with superstar Nathan MacKinnon was one of his career-best moments, “a box I got to check off,” and MacKinnon’s “intensity is like nothing I’ve ever seen.”

— Wilson was a proud part of the Avalanche revival, joining the team in a trade from Nashville in 2017 after the Avs were the laughingstock of the league with franchise lows of 22 wins and 48 points.

— He enjoyed watching Avs fans feast on what they and everyone else saw in the building of the NHL’s top line of MacKinnon, Landeskog and Rantanen.

— He is looking forward to watching Colorado this season — especially MacKinnon and defenseman Cale Makar as possibly the best players at their positions. “It’s going to be crazy to watch possibly a Norris winner and a Hart winner on the same team,” Wilson said.

Wilson also spoke at length about his struggles with OCD. He went public with it because he wants to help other people, particularly hockey players.

“It took me eight years of suffering pretty immensely before I finally reached out and started doing some self-growth work,” Wilson told Kouleas and O’Brien. “Behind the scenes, it’s a hard game and it can take a toll on people’s bodies, but also mentally. You don’t have to have OCD to go through some pressurized situations. Even outside of hockey … life’s tough and it’s OK to reach out and there are so many options out there to get people feeling better.”

Wilson’s biggest OCD issue was tying his skates. He would tie them over and over, often to the point where he drew blood on his hands. He said he couldn’t fall asleep at night because he was so worried about tying his skates the next day.

“It’s an intrusive thought and then it’s like an alarm that goes off in your head and then you have a compulsion to try to get rid of it,” Wilson said. “You keep repeating that compulsion to get rid of that feeling but it never fully goes away and actually intensifies.”

He added: “I couldn’t stop thinking about my skates.”

Wilson played 632 NHL games over 11 seasons. He revealed that he played just nine games last season because he “couldn’t get past walking” in his recovery from two hip surgeries, ultimately forcing him into two more hip surgeries.

Wilson probably hasn’t laced up his skates recently. But let’s hope he gets back on the ice and is worry-free in his retirement.

Chambers: Colin Wilson has a lot to say about Avalanche, OCD