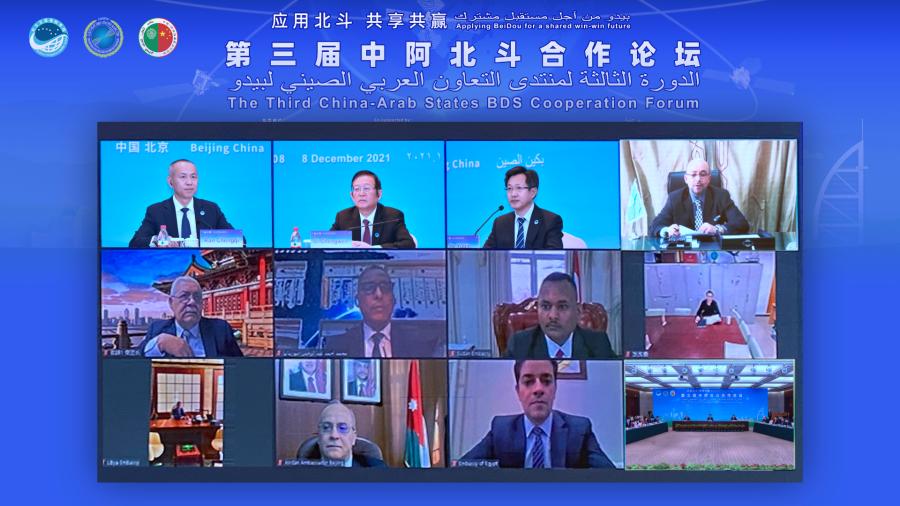 China and the Arab states will expand their cooperation in using the China-developed BeiDou Navigation Satellite System (BDS), according to the third China-Arab States BDS Cooperation Forum and reported by XinhuaNet.

China and the Arab states will jointly implement pilot projects in key domains in the application of BDS and GNSS over the 2022-2023 period, according to a cooperation action plan signed at the forum, held Dec. 8 in Beijing.

Both sides will facilitate the establishment of BDS/GNSS centers in the Arab states, hold training courses on satellite navigation technologies, and exchange visiting scholars. Each year, China will offer scholarships to three to five students majoring in navigation and communications from the Arab states, said the action plan.

China and the Arab states will also carry out joint BDS/GNSS tests and evaluations, and promote the application of BDS in international search and rescue, among other initiatives.

All the moves are expected to boost “win-win cooperation” and make BDS better serve the Arab states, said the action plan.

The forum was jointly hosted by the China Satellite Navigation Office and the Arab Information and Communication Technologies Organization, attracting more than 300 participants from China and 17 Arab states.

This year’s forum was held after China officially commissioned BDS on July 31, 2020, opening the new BDS-3 system to global users.

Along with positioning, navigation and timing services, the BDS-3 system can provide a variety of value-added services such as global search-and-rescue assistance, short message communication, ground- and satellite-based augmentation, and precise point positioning.

The forum highlighted the achievements and experience of China and Arab states in BDS/GNSS cooperation and proposed a platform for both sides to upgrade the win-win cooperation.

The BDS-based applications and solutions have benefited multiple industries in Arab states. BDS has been providing real-time, continuous, stable and precise GNSS positioning information data and timely information via continuously operating reference stations (CORS) in Tunisia, Algeria and other places.

Project management of railway construction in the United Arab Emirates (UAE) has benefitted from the integrated technologies of BDS/GNSS and the internet of things, with efficient use of data and information.

BDS has entered a new phase of industrial and international development, according to the China Satellite Navigation Office.