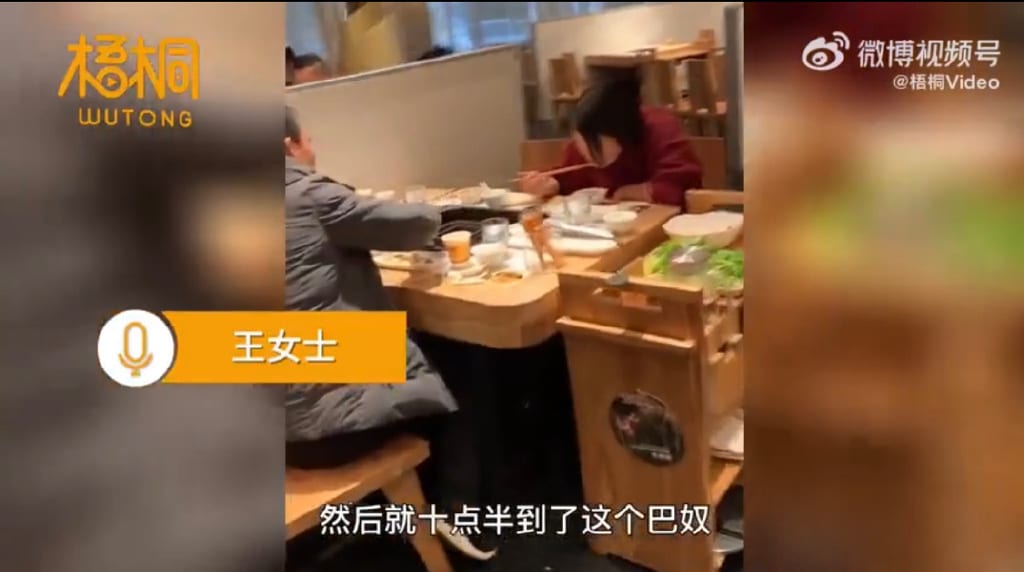 On March 18, a Chinese woman named Wang from Zhengzhou was just about to leave after a hotpot dinner night with friends when the restaurant staff told her she could not go home. Word had just gotten in that a visitor of the restaurant had tested positive for Covid-19.

In line with strict measures to stop the spread of the coronavirus, Ms. Wang and all others who were still at the restaurant were required to stay there. Three of Wang’s friends had already gone home early, but for Wang and one other friend their hotpot Friday night would turn into a three-day hotpot marathon.

Chinese state media Global Times reported about the incident on March 21, but the news previously went viral on Chinese social media, where people started following the story while the woman was still quarantined.

Wang was stuck in the restaurant together with some thirty to forty other customers and about ten members of staff. The restaurant, Banu Hot Pot (巴奴毛肚火锅概念餐厅), offered free hotpot to their guests during their unexpected quarantine, along with midnight noodles and breakfast. The quarantined customers were also allowed to order whatever they felt like having, Wang said in an interview with Wutong Video.

News about people getting stuck in various places due to strict Covid-19 measures is frequently popping up on Chinese social media these days. In late February, one office worker from Shenzhen asked for help on Weibo after she got stuck inside the office with about 200 people for three nights and four days because their ‘health code’ in their Health Kit app turned red due to a nearby Covid-19 case. 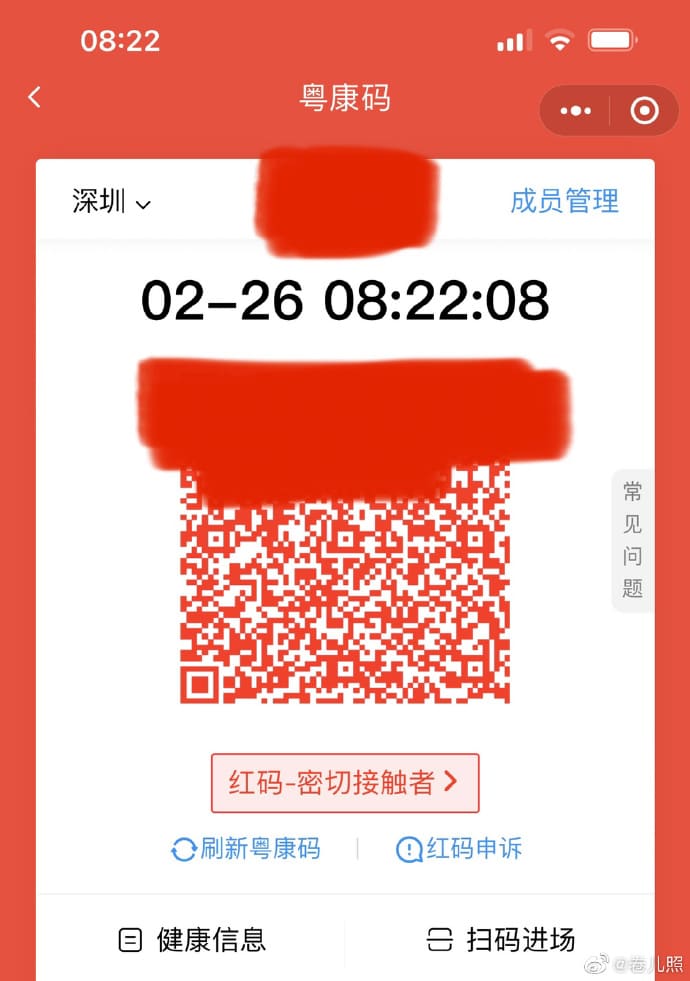 Code red on the Shenzhen health kit, meanning you’ve been in close contact with someone suspected of being infected with Covid19. 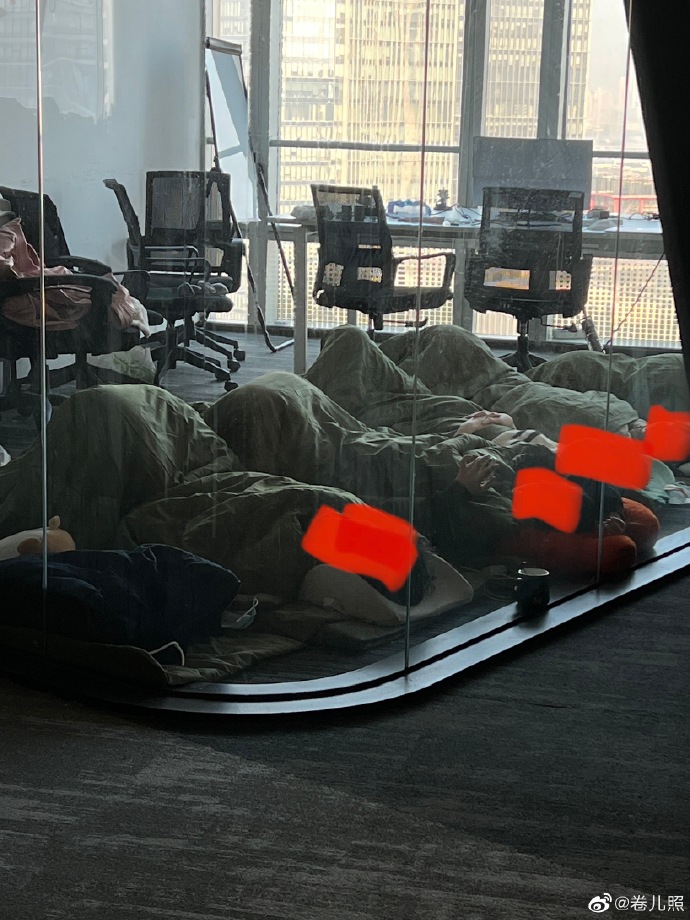 Office workers slept in the office for three nights.

Temporary lockdowns are implemented to isolate and screen people who have been in close contact with someone suspected of being infected with Covid19 and to prevent potential further spread until the risk level is assessed and changes. When information comes out that someone who has tested positive for Covid has visited the place where you are, it is very possible to get ‘stuck’ due to a temporary lockdown.

This also happened on March 11 at the Canton Fair Complex (广交会展馆) in Guangzhou, where visitors of the China International Beauty Expo (CIBE) were banned from exiting the building and needed to get tested after it became clear that someone who tested positive for Covid had visited the premises (Weibo hashtag: #一疑似新冠阳性人员进入广交会展馆#). According to some visitors, they had to stay inside for over eight hours without air conditioning or water.

It seems that the Canton Fair Complex was definitely not the place you'd want to be at last Friday, as everyone got stuck there and needed to get tested after one or more visitors were suspected of having covid (red qr code). pic.twitter.com/mm97JFNJFs

Compared to those getting stuck inside their school, office building, or expo hall, the location where Ms. Wang got stuck was a blessing in disguise. The hotpot restaurant where she had to stay for three days, Banu Hotpot, is a popular chain specialized in stripe and mushroom hotpot. Founded in 2001, Banu is headquartered in Zhengzhou and has won several awards over the past decade, including one for being a most-loved hotpot brand. 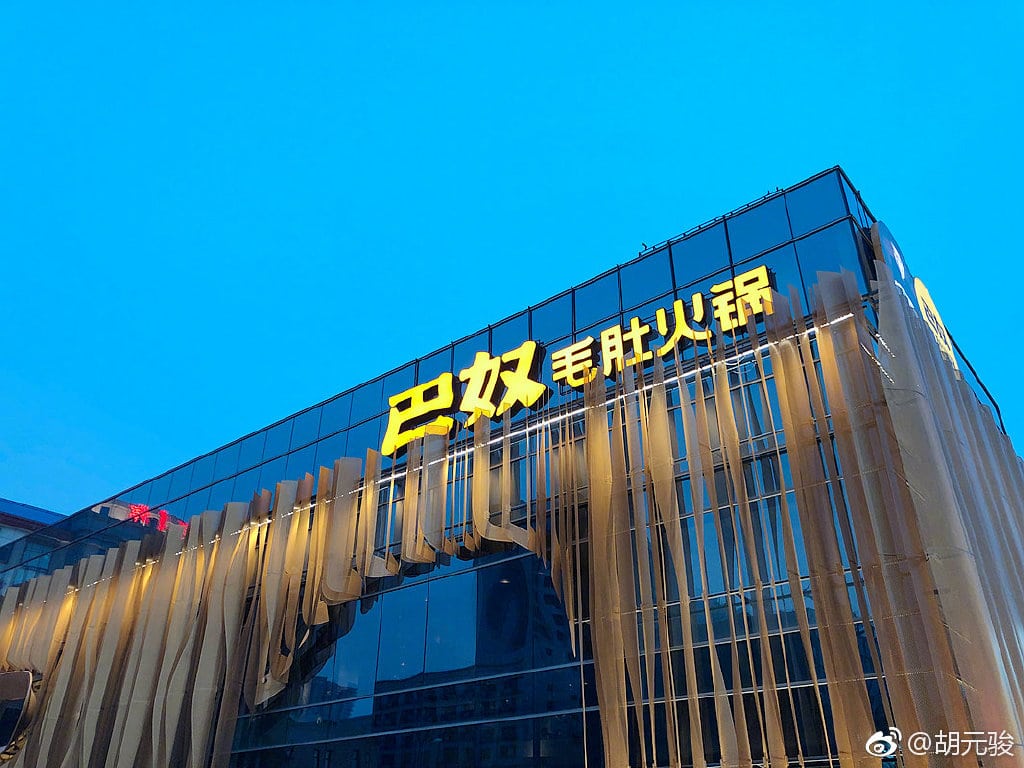 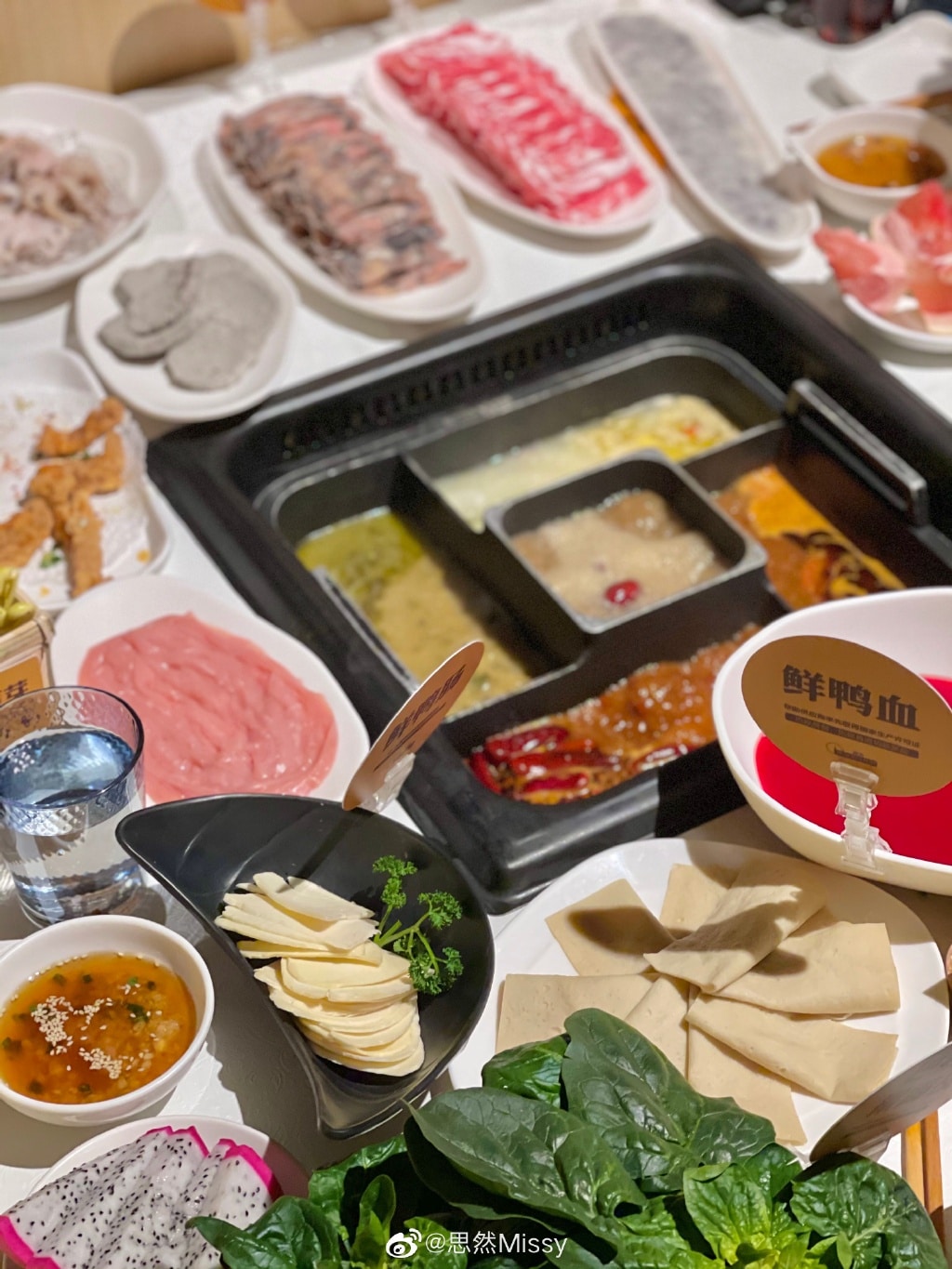 Despite her arguable ‘luck’, Ms. Wang herself said that after basically having all-you-can-eat hotpot for three days in a row, she “could not eat another bite.”

On social media platform Weibo, there are those hotpot-loving people who say they are envious of Wang, but there are more people who say they feel bad for her getting stuck inside a restaurant, especially since her other friends left just before her and had no problems exiting the building.

The incident has also sparked some discussions on which places people would prefer to get stuck at. “I’d rather not get caught up in a temporary lockdown at all,” one Weibo commenter wrote: “But if I could choose, I’d rather get stuck in a high-end bathhouse in Dongbei [northeast China] where you can bathe, eat, and sleep. Even if it lasted a week I’d be fine with it.”

For more about Covid in China, check our articles here.

Want to know more about Hotpot? Check out hotpotambassador.com!