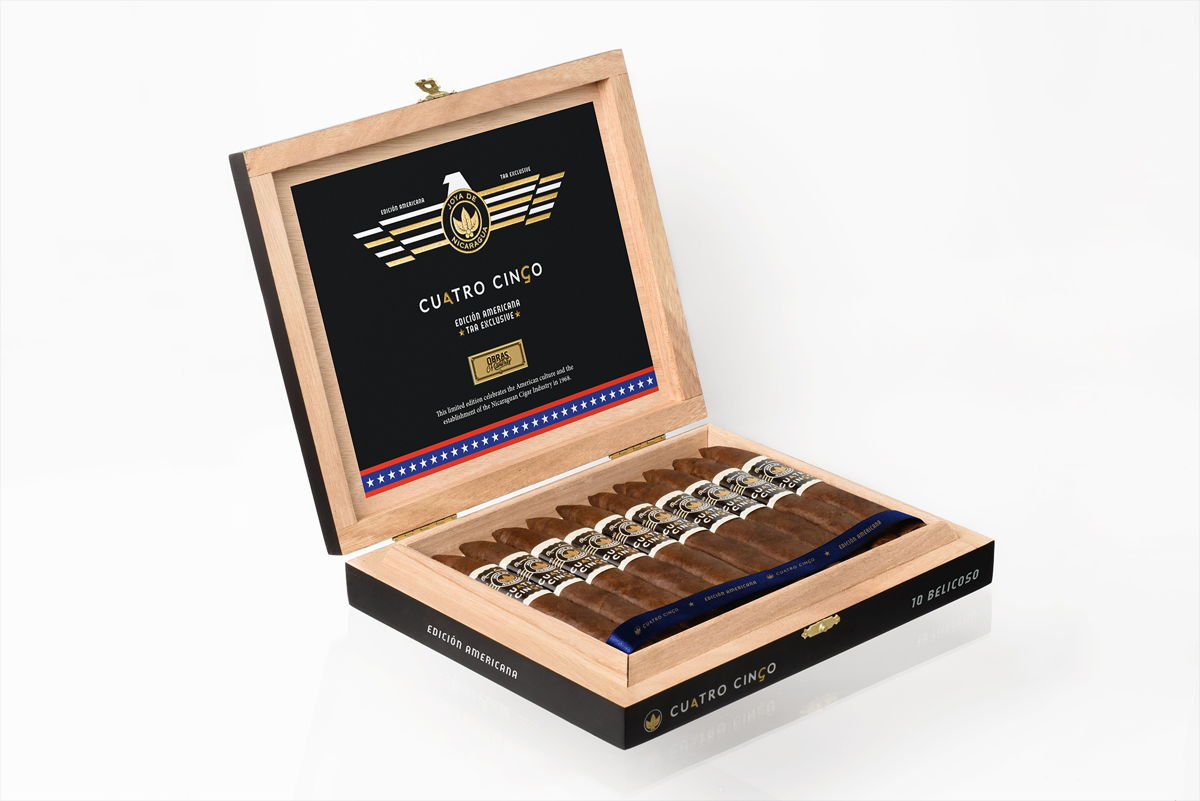 Joya de Nicaragua has announced the release of a cigar for the 2021 Tobacconists’ Association of America (TAA) Exclusive Series with the Cuatro Cinco Edición Americana TAA Exclusive. The cigar was formally unveiled today at a virtual convention being hosted by the TAA.

The Joya de Nicaragua Cuatro Cinco Edición Americana TAA Exclusive is highlighted by a Nicaraguan Criollo wrapper. It comes in one size – a 6 x 54 Belicoso, over undisclosed Grade A fillers. The cigars have been aged for a minimum of one year within vintage white oak barrels, used in a world-renowned rum distillery. A total of 500 ten-count boxes have been produced for the TAA retailers.

According to Joya de Nicaragua, the Cuatro Cinco Edición Americana was selected to be JDN’s newest TAA exclusive release because of its outstanding performance and resemblance to the original Cuatro Cinco limited edition. “When we were deciding what the next TAA product should be, we knew it had to be special. And when the team proposed the Belicoso, the decision was made, there’s no other vitola in the Cuatro Cinco family that smokes closer to the original limited edition than this one,” said Juan Ignacio Martinez, Executive President in a press release. “These are some of the best cigars that come out of our factory. The stories we tell with them need to be special. We have selected the Bald Eagle because of what it represents to our American friends, an example of stamina, power, and freedom. In 2021, JDN is celebrating Nicaragua’s independence bicentennial, and what a better symbol to connect us both than the symbol of freedom, ” said Daniel Barrios, Global Commercial Manager.

“It has been an exciting experience being on this side of the industry. Talking to friends and customers to evaluate this project has been a great experience. I’m excited to see how this continues to foster the partnership between TAA and Joya de Nicaragua,” added Sarah Hearton, US Field Market Manager at Drew Estate, which distributes Joya de Nicaragua.

The following is a complete list of the Joya de Nicaragua TAA Exclusive releases: