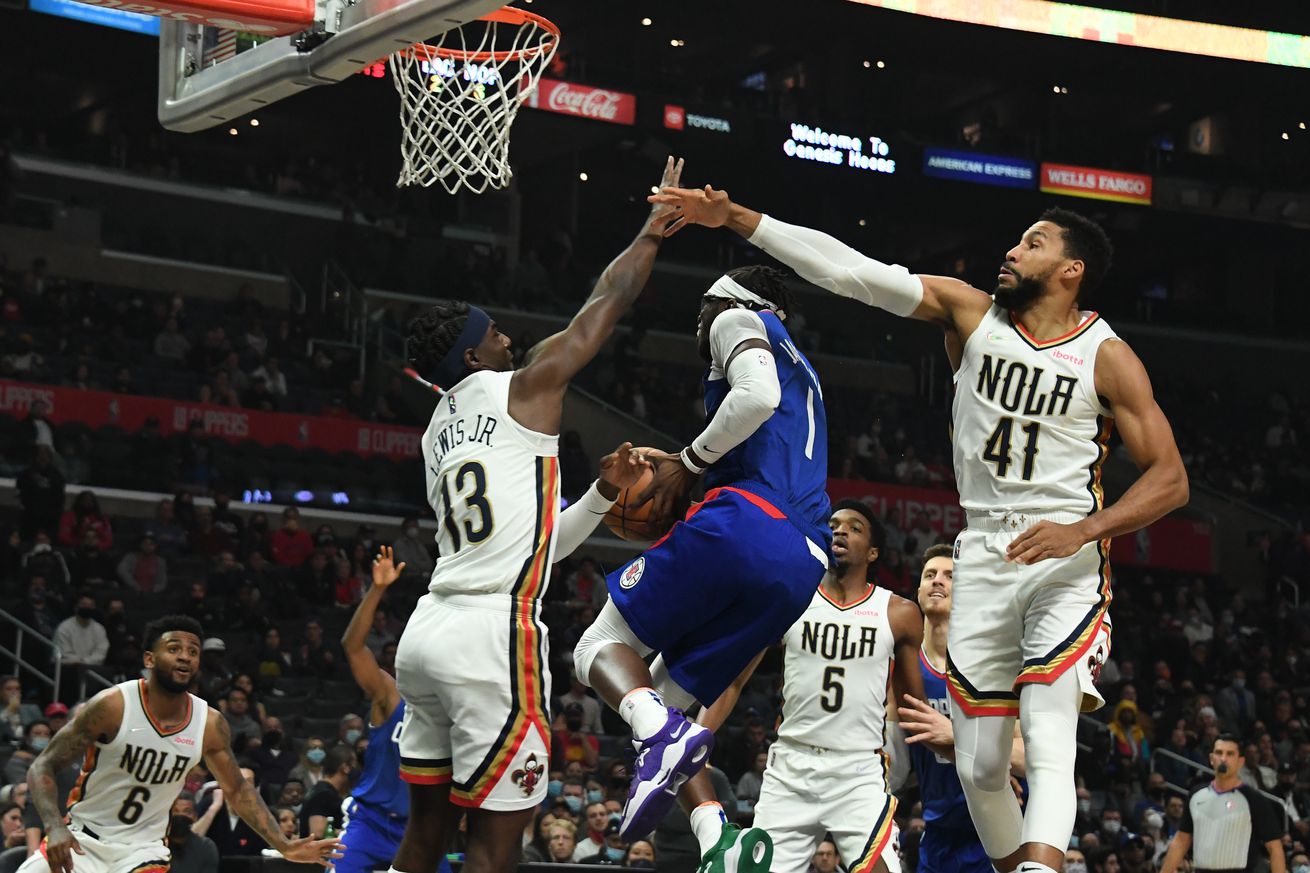 Clips drop rematch against the Lithuanian big that forgot how to miss.

Despite a solid outing from the Clippers in the middle quarters, a slow start and sloppy end to the game resulted in a 123-104 Clippers loss.

Valančiūnas swished a three, muscled his way into the post for a two, and rattled in another three in an opening sequence that served as a microcosm of his play the entire game. His 13-point first quarter was joined by 11 from Brandon Ingram as the Clippers started the game with a forgettable first quarter.

The Clippers started strong in the first few minutes and seemed resolved to avoid a repeat of the poor shooting that they experienced yesterday, against the Warriors. Unfortunately, that memo seemed to have been sent to the Pelicans as well, as the Clippers find themselves trailing 18-12, five minutes into the game.

The next few minutes saw the Clippers regress to the turnover-prone, settling-for-tough-shots, basketball that earned them a defeat yesterday. When Lue called a timeout with 3:28 to go in the first, the Clippers found themselves trailing 29-14.

A pair of threes from Serge Ibaka three minutes into the second, however, sparked a shift in momentum. But a white-hot Valančiūnas, who shot 7-of-7 from 3, quickly put an end to that, en route to a 29-point first half. The Clippers entered halftime down 67-52.

After an early hit at the end of the first quarter, Reggie Jackson was hesitant, especially from three, for the next quarter and a half. A prompt pair of shots from long distance to start the second half, however, ended that passive streak.

Turnovers continued to be a problem, especially for Paul George, who racked up 7 turnovers in 34 minutes tonight. Despite obvious fatigue, George still managed to stay productive, with 27 points. After bringing the game to within eight points three separate times in the fourth, George showed why he’s been earning MVP chants at the free throw line.

The second half, and especially the fourth quarter, for the Clippers can be described as a slow grind. They cut into the Pelicans lead little by little. Despite a strong effort late in the game, the Clippers simply could not overcome the shaky 37-22 first quarter, nor a career-high 39-point outing from Valančiūnas.

After facing back-to-back hot shooting nights from Steph Curry yesterday and Valančiūnas tonight, a defensive Clippers team looks to get back to their winning ways on Wednesday against the Kings.