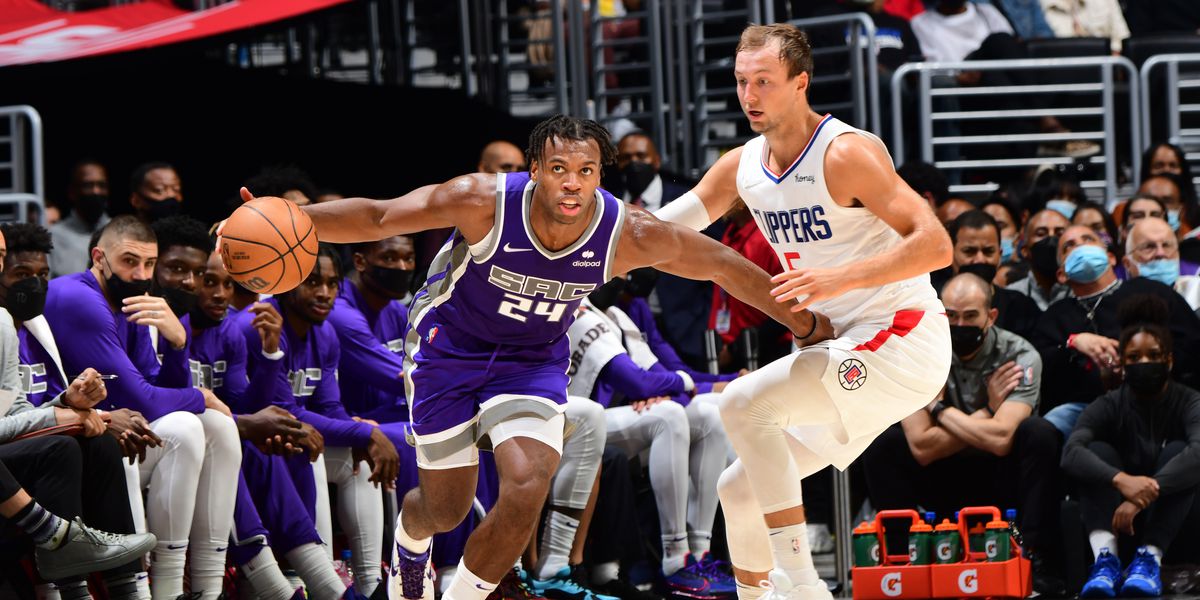 Clippers vs. Kings preview and game thread: Time to get back on track

It isn’t time to panic, but the Clippers could use a win.

The going has been getting rough for the Clippers in recent days, as they have lost two in a row and five of seven. Ty Lue said the team had been seeing slippage even during the seven-game winning streak, but now bad habits are translating into losses, and the Clippers would like to clean that up before things start to spiral.

But let’s focus on the Sacramento Kings for now, who thankfully don’t have a center who can shoot threes. The Kings have had a dramatic run in 2021-22 so far, highlighted (or lowlighted?) by a fan puking on a court twice less than 12 hours before head coach Luke Walton was fired. Whether under Walton or interim head coach — and old friend — Alvin Gentry, though, Sacramento simply hasn’t been very good. This is the 17th-best offense and 26th-best defense in the league, and even De’Aaron Fox, who was a borderline All-Star and gave the Clippers some difficulty last year, has disappointed in year five.

How to watch/listen: NBA TV, Bally Sports SoCal, AM 570 ESPN

What the Kings do well is crash the offensive glass, which has been a persistent problem for the Clippers. That effort is led by Richaun Holmes, who corrals about 10 percent of available offensive rebounds and is a force in the paint despite being undersized thanks to his monster floater. The availability of Harrison Barnes could also provide another physical element to the Sacramento offensive attack, and the Clippers have struggled with some bigger wings recently, like Brandon Ingram and Jerami Grant, in part due to their forward depth issues.

Fortunately, the Clippers will at least have the rest advantage in this contest as the Kings play in Sacramento Tuesday and then travel to Los Angeles, whereas the Clippers have been at home. However, a younger team like the Kings with waves of athletes off the bench might not be as disadvantaged on a back-to-back. Perhaps the Clippers should also lean in to their youth and give Keon Johnson and Brandon Boston some run to keep the energy up.

This game is far from a must-win, but it would be nice to see the Clippers play well and put together some clean stretches of basketball. “It’s not a time to panic,” Paul George said after the New Orleans loss. “It’s not a time to panic. We know we’re not playing well, but like I said, it’s a lot of — all of it is kind of self-inflicted with our turnovers, starting with me, so we clean that up, we give ourselves a chance.”

Clippers vs. Kings preview and game thread: Time to get back on track