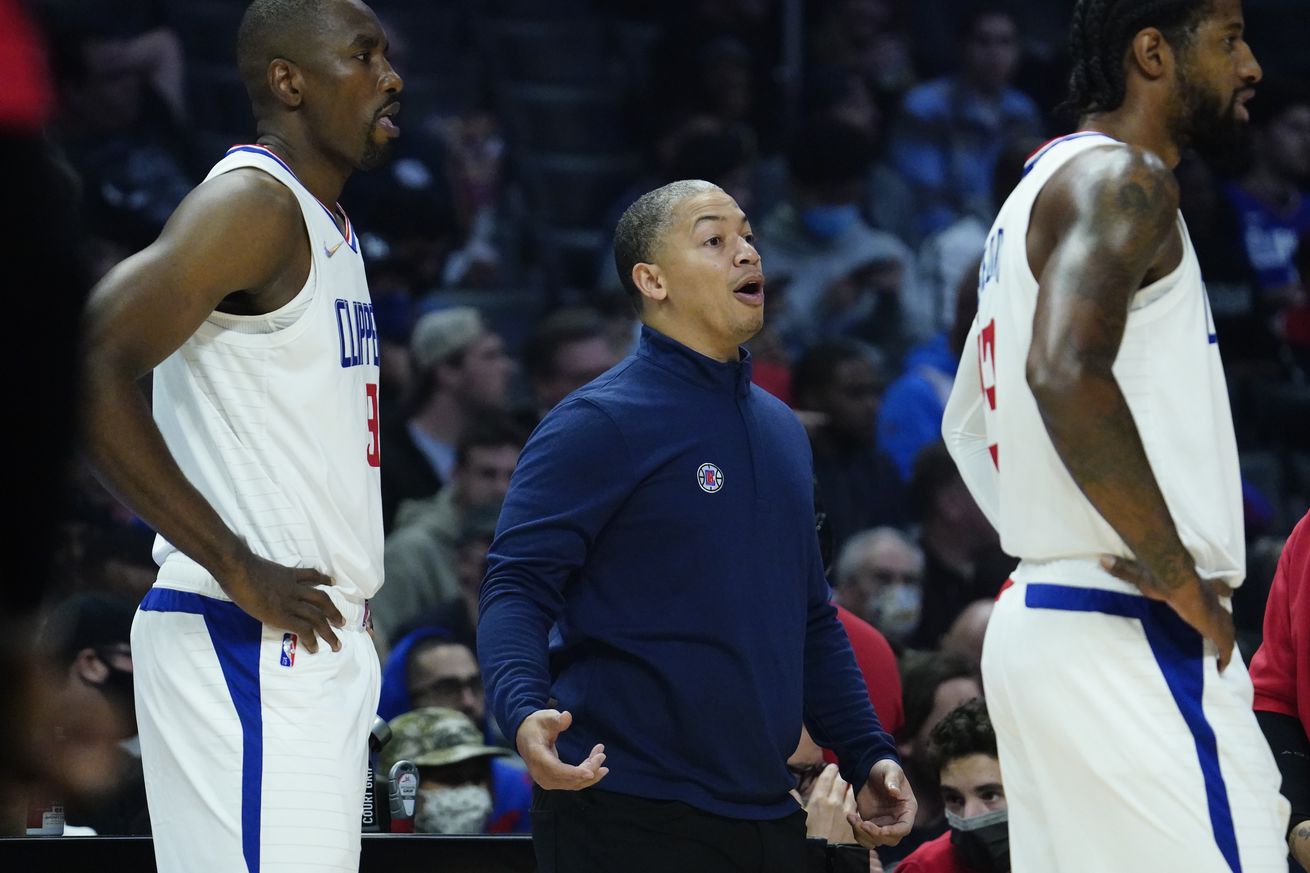 After splitting a two-game miniseries against the Dallas Mavericks, the Clippers will host the Detroit Pistons on Friday in a holiday matinee game.

Tuesday’s loss to Dallas did provide one silver lining: the return of Marcus Morris Sr. after a month-long hiatus to strengthen a knee that troubled him early last season and was limiting his production to start this season as well. And long story short, he looks much better now. His movements are more fluid, his activity is increased, and his production is reflective of his hard work at rehabbing that knee.

While Nic Batum is sidelined with health and safety protocol, Morris’ return to the rotation is only a boon. When Batum returns, however, head coach Ty Lue is once again faced with the challenge of balancing the minutes of the pair of forwards, as well as finding a role for Amir Coffey, who has been effective in Morris’s absence as a more active and athletic 3-and-D alternative.

Serge Ibaka’s recent return presents a similar challenge. Since working back from his injury and building back his conditioning through practices and G-League appearances alike, his presence on the bench and in games has led to a diminished role for Isaiah Hartenstein, who has, in turn, been a pivotal member of the Clippers bench unit and a favorite of this particular Clips Nation writer. In the two most recent outings since Ibaka made his return, Hartenstein has averaged just eight minutes per game (compared to the 17 he has been averaging in November up to that point).

Morris and Ibaka rejoining an already packed frontcourt will be a challenge, especially considering Lue’s propensity to play small and refusal to double up on traditional bigs. Having an abundance of quality forwards to pick and choose from, however, is never a bad thing. And if any coach can coax out the ideal lineup from a plethora of strong players, it’s Lue.

This game against Detroit, who has presented a 28th-ranked offensive efficiency, the 22nd-best defensive rating, and a subsequent 4-13 record, may be an opportunity for Lue to experiment with different lineups. The Pistons cannot be taken lightly, however. No game is guaranteed, and the Pistons, led by Jerami Grant, Cade Cunningham, and Saddiq Bey, have no shortages of youth and athleticism.

No matter who Lue ends up playing, expect the Clippers to play hard, defend well, and put up a winning effort. The Clippers will try to use this game against Detroit to not only continue adding to their win total, but also to build up their rotations, schemes, and identity as a team.