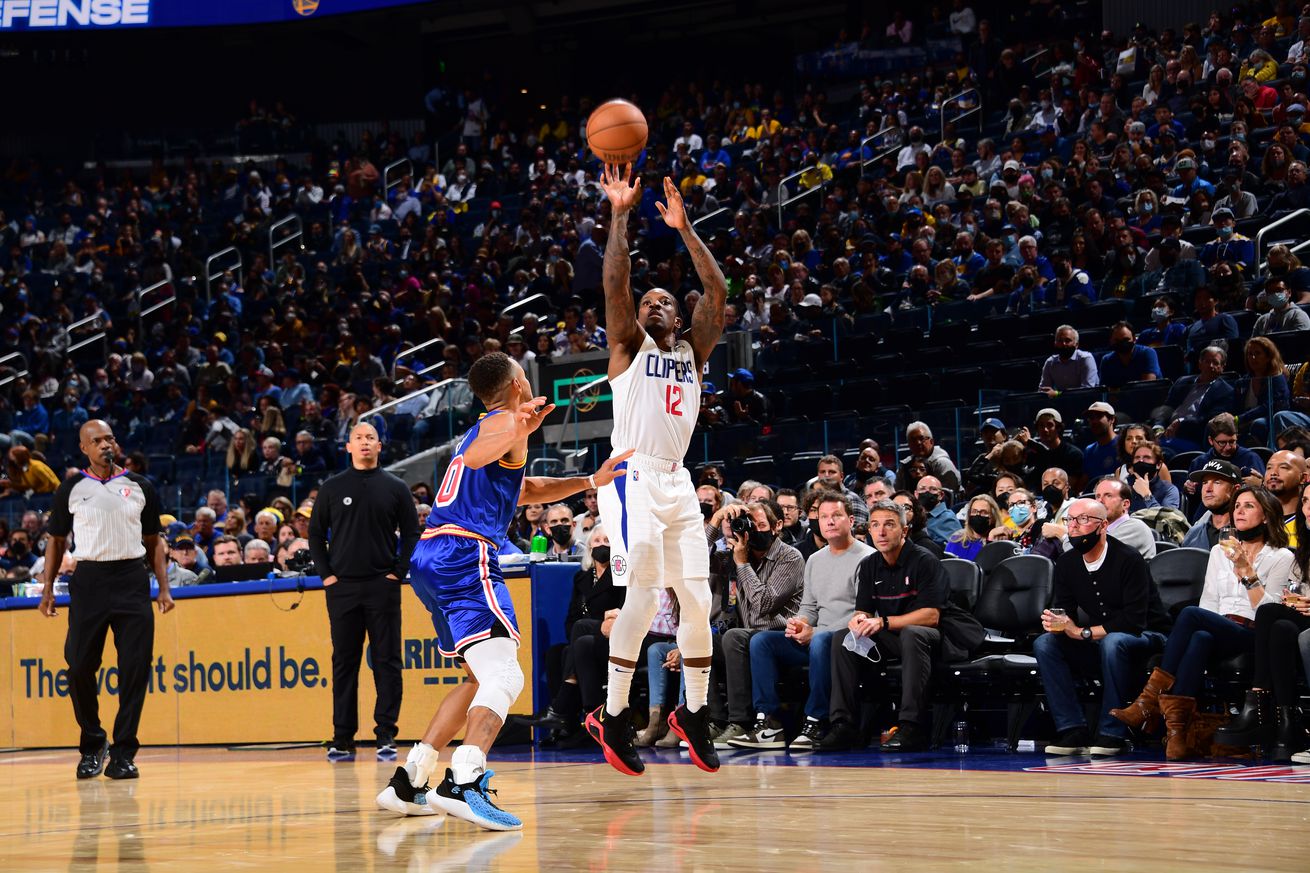 Clippers vs. Warriors preview and game thread: The toughest test of the season

An opportunity for a signature win.

The Clippers opened their season in a thrilling game against the Golden State Warriors, one that ultimately ended in defeat but provided a measure of promise considering all of the pieces the Clippers were missing.

Unfortunately, the team is still without Nicolas Batum and Kawhi Leonard, and the opponent has only gotten better over the last month. The Warriors were expected to be in the middle of the Western Conference playoff hunt, but they took off fast and haven’t looked back since, with only the Phoenix Suns close to approaching their rarefied air. If ever there were a weekend matinee game to get up for, this is the one.

“They’re playing well, they’re playing at a high level,” Ty Lue said before practice Saturday. “Steve (Kerr) definitely has those guys playing the right way. They know how they wanna play on both sides of the basketball. It’s like they’re in mid-form right now in the season. They started off ready to go. It’ll be a good test for us tomorrow and I’m excited for the game tomorrow.”

The Warriors have recently been known as an offensive juggernaut, with Steph Curry’s shooting gravity creating an offense in and of itself. With their ability to cut and move off the ball, their whirring pace creates challenges for any defenses, especially during the regular season when teams don’t have time to prepare. They enter Sunday’s game as the best shooting team in the league and the second-best offense.

But if you’re thinking of testing Golden State on the defensive end, the Warriors are even better there, boasting the best defense in the NBA. They force turnovers and rebound exceptionally well, which is worrisome for a Clippers team that doesn’t take care of the ball or create many second chances.

The Clippers created some havoc in their first matchup against Golden State by going small, even without Batum, Leonard, and a healthy Marcus Morris Sr. They can turn to that unit again, but they also busted out a big lineup against Detroit that Lue said could see the light of day — at least when Curry is off the floor. Either way, they have to be disciplined on both sides of the floor to have a chance against a Warriors squad that is flowing this well.

The Clippers have put up some good stats so far and have the seventh-best net rating in the league despite all of their absences, but they don’t have a signature win. This is their opportunity to get one.

Clippers vs. Warriors preview and game thread: The toughest test of the season