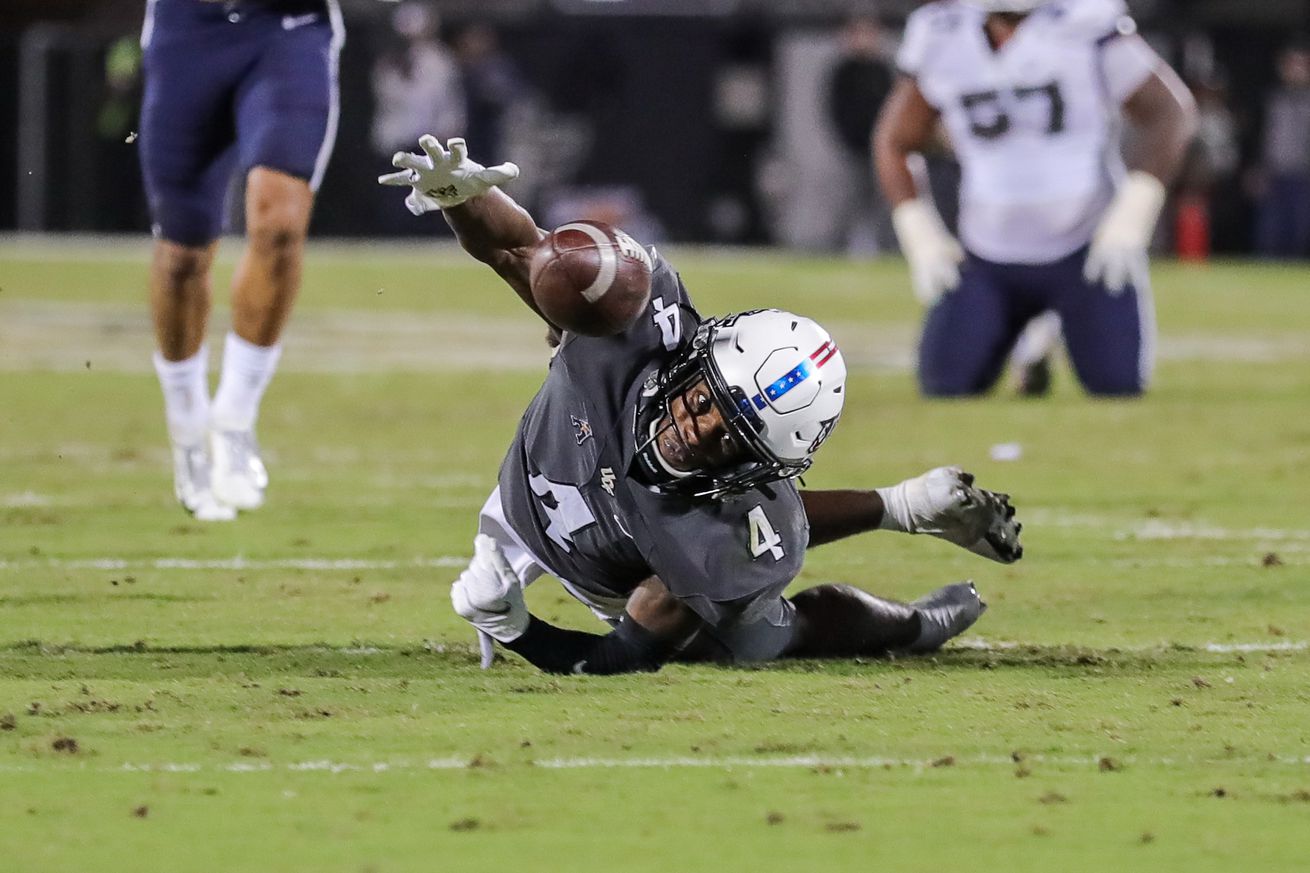 We’re working through these unprecedented times.

Man, I really zeroed in on the Illini football game this weekend instead of just kinda channel surfing and I paid the price for it.

What a dumb sport.

A rather abominable Friday matchup between 1-9 Southern Miss and 3-7 Louisiana Tech took an interesting turn when the Golden Eagles listed zero quarterbacks on their starting roster.

Southern Miss is 1-0 since running out of quarterbacks.

in the weight room. in the community.

Behold the beginning of Rutgers-Penn State and tremble

look at this masterpiece: pic.twitter.com/QHv7zuPCMT

This made for one hell of a mixtape

Northwestern keeps trying to make Wrigley Field happen, because apparently Mikel Leshoure going for 330 yards on them wasn’t quite enough. The turf was an absolute shitshow, and this worked in Purdue’s favor:

This wouldn’t have happened if you’d just played in your high-school-ass football stadium.

Fox Sports 1 decided to literally mail it in with their coverage of the Iowa-Illinois game this week. It was apparent that the crew wasn’t there either physically or mentally, and some very important details were left out.

I didn’t find out until later that Iowa started a drive in our red zone because of 30 yards worth of personal fouls against the Illini for things that happened during the commercial break. Devin Gardner twice insisted that Illinois was down two scores while they trailed by 7 and in general I don’t know why Fox even bothered having commentary if they weren’t going to send people to the actual game.

UCLA absolutely stomped USC in the nuts this past weekend, and after quarterback Dorian Thompson-Robinson ran it in for yet another touchdown, a UCLA fan in the Coliseum handed him a hat and a pen and got an autograph.

DTR getting an unsportsmanlike for being awesome and signing autographs after scoring a TD. #UCLA pic.twitter.com/I1xvO1b3er

This was flagged for a 15 yard unsportsmanlike conduct penalty.

May The Force Drinkwitz You

Last year, after escalating an on-field fight in the Florida-Missouri game, Dan Mullen showed up to the postgame press conference dressed as Darth Vader.

Things were a little different this year though. Mizzou beat the Gators on a two-point conversion in the first overtime in what would prove to be Mullen’s last game. Mizzou head coach Eli Drinkwitz didn’t forget:

"May the force be with you." pic.twitter.com/cVw9CcvXK0

Mullen would get canned a couple days later

UCF Gets Dunked On By UConn

I guess because this year wasn’t quite as fun as they’d hoped, UCF decided to revive the Civil ConFLiCT Trophy first brought to life by Bob Diaco for their game against UConn this past week.

It seems they didn’t actually have the trophy, because the item in their hype video was quickly exposed as a replica.

This prompted UConn Football, of all entities, to come flying in from the top rope.

Was this made at the same place that did your National Championship trophy? https://t.co/QPGH5iML8q

How do you mess up something just kinda fun so badly that you get dunked on by UConn?

Penn State quarterback Christian Veilleux finally got some meaningful game action and jumpstarted the Penn State offense enough to pull away from The ‘Gers.

For his encore, he jogged off the field and forgot about how friction changes when you step onto a different suface.

Christian Veilleux had a career day. Watch until the end. He’s fine. pic.twitter.com/Vn23O313oP

Stadium Capacity Over A Million

Damn, I didn’t realize Penn State had upgraded their capacity so much.

So what do you think?