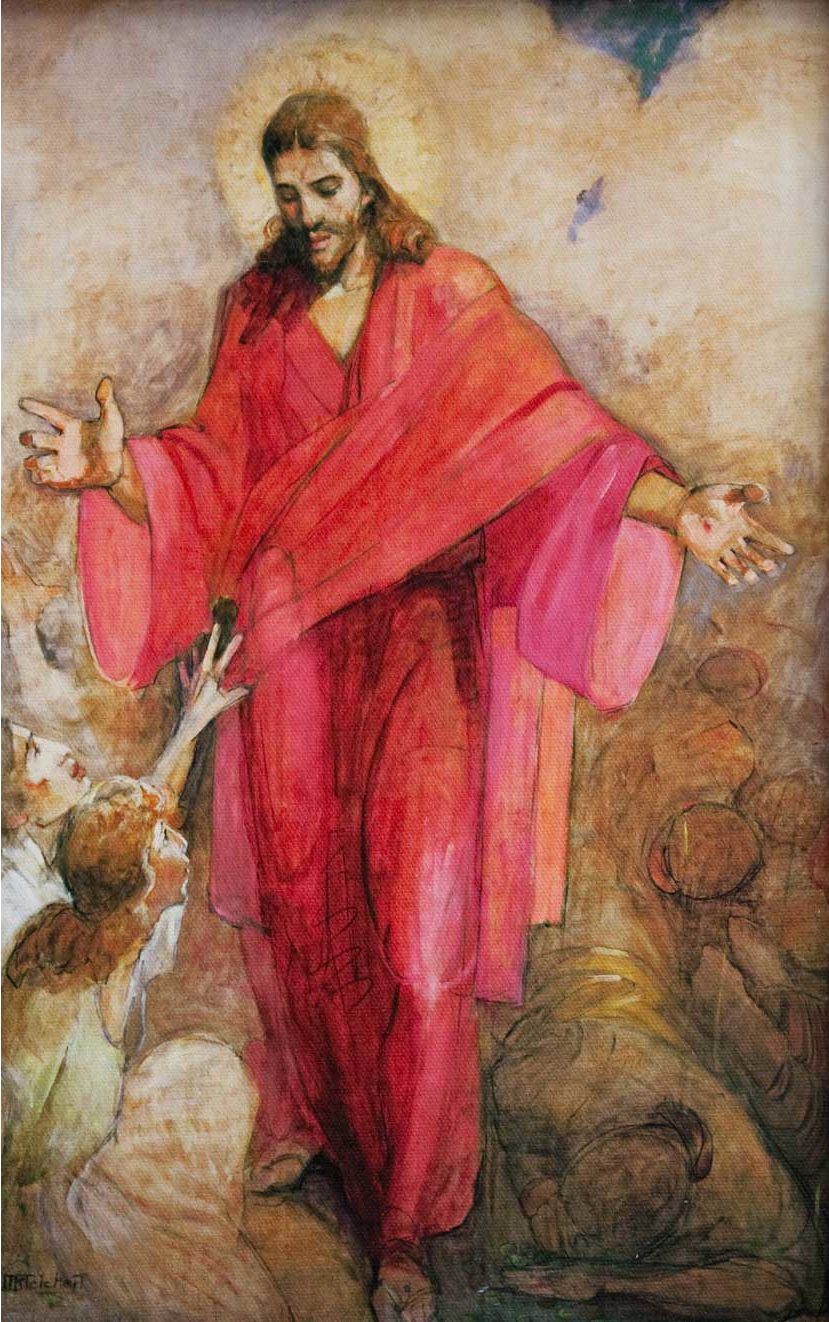 Section 133 ends what section 1 began. The November 1831 conference at Hiram, Ohio planned to publish 10,000 copies of Joseph’s revelations as A Book of Commandments for the Government of the Church of Christ. Joseph began to edit the revelations and Oliver Cowdery made plans to take them to Independence, Missouri for publication by William Phelps on the Church’s press. Joseph’s History says that “at this time there were many things which the Elders desired to know relative to the preaching of the Gospel to the inhabitants of the earth, and concerning the gathering; and in order to walk in the true light, and be instructed from on high, on the 3rd of November, 1831, I inquired of the Lord and received the following important revelation, which as since been added to the book of Doctrine and Covenants, and called the Appendix.”[1]

Section 133 continues and even escalates the apocalyptic tone of section 1. It announces that Christ will dramatically come soon. He will come to judge all that forget God, including the ungodly Latter-day Saints. So the saints should prepare for his coming by sanctifying their lives and becoming Zion. “Go ye out from Babylon,” the Lord says again and again, solidifying the dualistic, Zion versus Babylon typology he chose in sections 1 and 133 to frame the Doctrine and Covenants.

Zion will be rescued when the Lord comes. Babylon will be destroyed. “Hearken and hear, O ye inhabitants of the earth. Listen, ye elders of my church together, and hear the voice of the Lord; for he calleth upon all men everywhere to repent” (D&C 133:16). The angels have already been sent to announce that the hour of his coming nears. Indeed, that is the beginning of the restoration. As Section 133 explains, messengers commit the gospel to mortal prophets, who offer it to “some,” who then go to “many” until “this gospel shall be preached unto every nation, and kindred, and tongue, and people” (D&C 133:36-37). Then the Lord answers the prayers of his people, who have long pled, “O that thou wouldst rend the heavens, that thou wouldst come down, that the mountains might flow down at thy presence” (D&C 133:39). He will answer “as the melting fire that burneth, and as the fire which causeth the waters to boil” (D&C 133:41). He comes soon to sanctify the repentant and to burn the unrepentant.

So how does the revelation answer the elders’ questions about preaching the gospel and gathering Israel? First, it emphasizes, the saints must get themselves out of Babylon, and the only alternative is to “flee unto Zion” (D&C 133:12). Second, send the elders back in to rescue any who will repent. Send them first to the Gentiles and then to the Jews. They should “thrash the nations by the power of his Spirit” (D&C 133:59) and send any who will repent on to Zion to be endowed with priesthood power and the blessings promised to the House of Israel. That’s why the revelations were given and why they are to be published to all mankind. “And unto him that repenteth and sanctifieth himself before the Lord shall be given eternal life. And upon them that hearkeneth not to the voice of the Lord shall be fulfilled that which was written by the prophet Moses, that they should be cut off from among the people” (D&C 133:62-63).

Section 133 answers the elders’ questions about preaching the gospel and gathering lost Israel. Other revelations give much more detailed instructions how to do those things. This one emphasizes why and when. To a fledgling group of fallible Latter-day Saints gathered in a private home, it sets forth an audacious scope of covering the globe with the restored gospel. It reiterates Christ’s great commission to take the gospel to every creature so that each can decide whether to repent or not. Moreover, there is no time to lose. The revelation’s urgent tone emphasizes that Christ soon comes to judge an apostate world—Babylon.

What resulted from this revelation? That little group of faltering saints has grown exponentially and sent tens of thousands of its sons and daughters to the ends of the earth to preach the gospel and gather scattered Israel to Zion in anticipation of the Lord’s second coming. It would be hard to overstate the motivating power of sections like 133. It is, as one early saint declared, “fraught with so much heavenly intelligence.”[2]

The Church of Jesus Christ of Latter-day Saints has been dubbed quintessentially American, but in the beginning it struck many people as anything but. Direct revelations to a prophet–in which Christ reserved to himself ultimate executive, legislative, and judicial power–seemed undemocratic to the saints’ neighbors.[1] Moreover, controversial statements made in a church newspaper by editor William Phelps demanded that the church clarify its position relative to slavery.[2]

A general assembly of priesthood leaders convened in Kirtland, Ohio on August 17, 1835 to listen to Oliver Cowdery and Sidney Rigdon present the Doctrine and Covenants for their approval. Oliver introduced the book and its contents to the assembled councils, after which the priesthood leaders unanimously testified of their satisfaction with the work. Then Oliver Cowdery read section 134, “Of Governments and Laws in General,” which may have been primarily if not exclusively the product of his mind and pen. The assembly “accepted and adopted” it too for inclusion, and thus Section 134, though not a revelation, became canonized as part of the Doctrine and Covenants.[3]

Section 134 mixes republican principles of constitutional government and individual liberties, emphatically including the right of religious conscience, with the church’s concern for its ecclesiastical rights. Nothing in it was new or objectionable to Joseph. It informs a misled and sometimes hostile public that the church is in harmony with mainstream American values at the time of its publication. It distances the church from parties or causes other than sharing the gospel.

Joseph was in Michigan when the general assembly made these decisions. He did not author section 134 but he endorsed it in April 1836.[4] The principles in section 134 continue to guide the church’s actions regarding political questions and controversies. The principles in verses 4-6 are more tersely expressed in Articles of Faith 11-12. While the Church took a pragmatic position relative to slavery in section 134, the Lord declared the doctrine of individual agency as the reason for his repudiation of slavery in section 101:77-79.