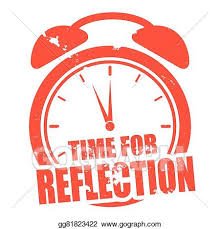 Much of my time is filled counseling family owned and operated manufacturing and logistics companies. Some lease the buildings from which they operate and some own. These closely held entities are typical of our Southern California economy and employ hundreds of thousands of people. Generally a transition is happening – a death, a merger, an acquisition, selling the company, a move out of state – all of which create a commercial real estate requirement. I witnessed many of these transitions in my formative years – which I believed was column worthy. So indulge me as I weave the story. For those readers who own their business, I’m sure the tale is relatable.

My passion for helping small business was rooted in my youth. You see, my family owned a soft drink bottling and distributing plant in Arkansas. Planned was my stewardship as the third generation of ownership. However, my wife and I moved to SoCal and a career in commercial real estate soon followed. Our family business was sold and my father, his mother and two brothers profited nicely. A year later, the enterprise was bankrupt. I guess my Dad’s sale timing was prescient.

I didn’t realize at the time – but a roadmap for my career was was forged. Witnessed were the transitions which occurred during the life of an operation. First, a huge risk was taken by my Grandad in 1930. Yeah. There was a bit of a wrinkle that occurred in that year – the Great Depression. Yet, he moved his wife, three young boys and his dream to Texarkana, Texas to open a Dr Pepper bottling company. During the thirties – Dr Pepper was an unknown soft drink. Schlepping it proved challenging. But the family prevailed. Grandad had to find a property owner willing to take an equal risk – leasing to a start-up.

As the business prospered – Grandad realized he was writing a sizable check each month to his landlord. Sure. The owner risked everything when leasing to a “maybe” but once the company proved viable – where was the uncertainty? Options for Buchanan Bottling Company – whose desire was to own the real estate – were to move and build a new facility or convince the owner to sell. The latter occurred and the era of commercial real estate ownership began. Now, in addition to the enterprise appreciating – the land and buildings also became more valuable.

My Dad and his brothers were now working in the business. One loved it – my Dad – and the other two hated it. You bet. They enjoyed what the lifestyle business afforded them but hated the back breaking toil of delivering heavy cases of soda to retailers. Because of their efforts – the operation was in need of a bigger footprint from which to thrive. But, alas – the manufacturing location – which they owned – was landlocked. In order to gain a bigger swatch of land, they had to convince their neighbor – an A & W Root Beer stand – to sell. They had amazing burgers, BTW, but I digress. A deal was struck allowing the hamburger stand to lease for a period until our company could get city approval and bank funding for the expansion.

My Grandad, as you might appreciate, was a larger than life entrepreneur who had a difficult time allowing the next gen to succeed his tutelage. My dad nearly moved us out-of state just to “show him”. Fortunately, the patriarch settled into retirement and allowed the second generation to assume the reins. During my dad’s years – competitors were purchased, product lines added, and exponential growth occurred. I recall the “growing pains” experienced as dad managed the expansion.

Once my Grandfather died in 1975, an open road appeared for my dad, his mom, and two brothers. The scrutiny under which dad operated was gone and he had a field day! Climaxing in a sale of Buchanan Enterprises in 1986 – the life of our family business ended. A strategic competitor was the buyer of the real estate and operation it housed. 56 years was a great run. The old buildings still stand on State Line Avenue but the vitality of family operation was lost decades ago.

Allen C. Buchanan, SIOR, is a principal with Lee & Associates Commercial Real Estate Services in Orange. He can be reached at abuchanan@lee-associates.com or 714.564.7104. His website is allencbuchanan.blogspot.com.