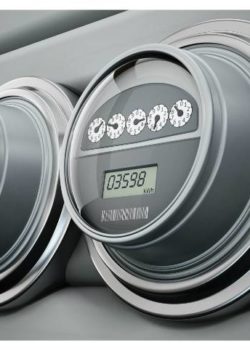 Communication with the end customer device

The Italian smart grid revolution that in the early 2000s placed Italy at the centre of the first massive smart metering deployment, is now ready to change the relationship between utilities and end-users.

In 2016, the ARERA (the Italian Regulatory Authority for Energy, Networks and Environment) recommendation on the second generation electronic meters, gave to CEI (the Italian Electrotechnical Committee) the “mandate to define, taking into account the EN 62056-7-5 norm under approval, a standard protocol that guarantees full interoperability conditions between the second generation low voltage electricity meters and the end-user’s devices.”

This article was originally published in Smart Energy International Issue 5-2020.
Read the mobile-friendly digimag or subscribe to receive a print copy.

This is further referenced in the stimulus given by the European Commission recommendation EC148/2012: “Member states are required to ensure the implementation of smart metering systems that assist the active participation of consumers in the electricity supply.”

The communication technology identified by CEI for the communication link between the electricity meter and the end-user device is based on the SMITP protocol. This powerline communication (PLC) protocol, promoted by Meters and More AISBL and published by CENELEC as CLC/TS 50568, operates in the frequency band 125kHz – 140kHz (C band). The SMITP protocol comes directly from the experience that e-distribuzione and STMicroelectronics gained initially in the massive smart meters deployment in Italy in the early 2000s and matured in the Spanish smart metering network deployment with Endesa. On top of the SMITP lower layers, under EN 62056-7-5, the DLMS/Cosem suite has been selected.

ARERA incorporated the need to objectively and systematically evaluate the technical specification from CEI, by defining, on the one hand, the minimum expected performance level, and, on the other, by launching a demonstration project involving all the market players (energy distributors, energy retailers, device manufacturers and end-users). This field trial, started in the middle of 2017 (the first end-user devices were commissioned in December) and closed at the end of 2018. Participants included e-distribuzione, RSE (an Italian research entity on electrical grids), ESCOs, energy retailers, device manufacturers and end-users.

During this field trial, monitoring activity focused on the on-field measurement of the end-to-end performances. This was done through a comparison between the messages sent by the second-generation electricity meter and the ones received by the end-user device. There were three specific types of messages:

Samples of the consumption curve (type 1 messages) periodically generated every 15 minutes. Instantaneous power samples (type 2 messages), used to build a continuous-time load curve through ten predefined thresholds (every 300W for 3kW contracts). Alarm messages (type 3 messages) informed that the consumption level exceeded the available power (or a pre-defined consumption threshold); these are the most critical as without end-user intervention, they could lead to a temporary service interruption.

As reported by ARERA in deliberation 409/2019: “The results of the Chain 2 communication performance monitoring (on the only available technology, PLC in the C band)… largely confirmed that the communication between the second generation smart meters and the end-user’s devices reached more than satisfactory end-to-end success rates, even considering the expectations [of] the stakeholders interested in this enabler for commercial purposes…”

The Italian demonstration confirmed that the SMITP protocol is a reliable technology able to give added value to the commercial entities involved in the electricity market, as well as to the end customer and, ultimately, to the entire community. Support of the communication between the electricity meter and the end-user’s device completes the SMITP protocol suite and enables commercial operators to provide new and innovative services.

About Meters and More’s

Meters and More is a global non-profit industry organization that maintains and promotes the Meters and More protocol for bi-directional data transfer in advanced metering infrastructure (AMI) systems. The Meters and More open technology focuses on field-proven efficiency, interoperability and robustness of communication.

Communication with the end customer device