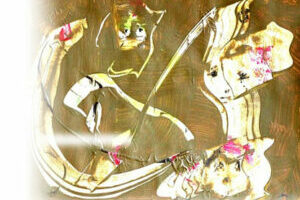 From alice-miller.com: “In those by-now familiar groups in which addicts and their relations go into therapy together, the following belief is invariably expressed: Only when you have forgiven your parents for everything they did to you can you get well. Even if both parents were alcoholics, even if they mistreated, confused, exploited, beat, and totally overloaded you, you must forgive them everything. Otherwise, your illness will not be cured. There are many programs going by the name of ‘therapy,’ whose basis consists of first learning to express one’s feelings in order to see what happened in childhood. Then, however, comes ‘the work of forgiveness,’ which is apparently necessary if one is to heal. Many young people who have AIDS or are drug-addicted die in the wake of their effort to forgive so much. What they do not realize is that they are *dying to keep the repression of their childhood intact.

. . . It was my experience that it was precisely the opposite of forgiveness – namely, rebellion against mistreatment suffered, the recognition and condemnation of my parents’ misleading opinions and actions, and the articulation of my own needs – that ultimately freed me from the past. In my childhood, these things had been ignored in the name of ‘a good upbringing,’ and I myself learned to ignore them for decades in order to be the ‘good’ and ‘tolerant’ child my parents wished me to be. But today I know: I always needed to expose and fight against opinions and attitudes that I considered destructive of life wherever I encountered them, and not to tolerate them. But I could only do this effectively once I had felt and experienced what was inflicted on me earlier. By preventing me from feeling the pain, the moral religious injunction to forgive did nothing but hinder this process.

The demand for good behavior has nothing to do with either an effective therapy or life. For many people in search of help, it closes the path to freedom. Therapists allow themselves to be led by their own fear – the mistreated child’s fear of its parents’ revenge – and by the hope that good behavior might one day be able to buy the love their parents denied them. The price that patients have to pay for this illusory hope is high indeed. Given false information, they cannot find the path to self-fulfillment.

By refusing to forgive, I give up my illusions. A mistreated child, of course, cannot live without them. But a grown-up therapist must be able to manage it. His or her patients should be able to ask: ‘Why should I forgive, when no one is asking me to? I mean, my parents refuse to understand and to know what they did to me. So why should I go on trying to understand and forgive my parents and whatever happened in their childhood, with things like psychoanalysis and transactional analysis? What’s the use? Whom does it help? It doesn’t help my parents to see the truth. But it does prevent me from experiencing my feelings, the feelings that would give me access to the truth. But under the bell-jar of forgiveness, feelings cannot and may not blossom freely.’ Such reflections are, unfortunately, not common in therapeutic circles, in which forgiveness is the ultimate law . . .

A child can excuse its parents, if they in their turn are prepared to recognize and admit to their failures. But the demand for forgiveness that I often encounter can pose a danger for therapy, even though it is an expression of our culture. Mistreatment of children is the order of the day, and those errors are therefore trivialized by the majority of adults. Forgiving can have negative consequences, not only for the individual, but for society at large, because it can mean disguising erroneous opinions and attitudes, and involves drawing a curtain across reality so that we cannot see what is taking place behind it.

The possibility of change depends on whether there is a sufficient number of enlightened witnesses to create a safety net for the growing consciousness of those who have been mistreated as children, so that they do not fall into the darkness of forgetfulness, from which they will later emerge as criminals or the mentally ill. Cradled in the ‘net’ provided by such enlightened witnesses, these children can grow to be conscious adults, adults who live with and not against their past and who will therefore be able to do everything they can to create a more humane future for us all.

. . . It has already been scientifically proved that weeping caused by sadness, pain, and fear not only causes tears to fall. Stress hormones, which lead to a general relaxation of the body, are also released. Of course, this cannot be equated with therapy. Nevertheless, it is an important discovery that should find its way into the treatments used by therapeutic practitioners. So far, though, the opposite has been the case. Patients are given tranquilizers to calm them. What would happen if they began to gain access to the causes of their symptoms! The problem with medical pedagogy is that the majority of those involved, the institutions and specialists, in no way wish to know why it is people become ill. The result of this denial is that countless chronically ill people become permanent residents of our prisons and clinics, while billions are spent by the government on keeping mum about the truth. Those affected must on no account realize that they can be helped to understand the language of their childhood, thereby truly reducing their suffering or even relieving it altogether.

. . . The dangerous teaching of ‘poisonous pedagogy’ – ‘Thou Shalt Not Be Aware of What Was Done to You’ – reappears in the methods of treatment practiced by doctors, psychiatrists, and therapists. With medication and mystifying theories they try to influence their patients’ memories as deeply as possible, in order that they never find the cause of their illness. These lie, almost without exception, in the psychic and physical mistreatment and neglect suffered in childhood.

Today, we know that AIDS and cancer involve a drastic collapse of the body’s immune system, and that this physical ‘resignation’ precedes the sick person’s loss of hope. Incredibly, hardly anyone has taken the step that these discoveries suggest: that we can regain our hope, if our distress signals are finally heard. If our repressed, hidden story is at last perceived with full consciousness, even our immune system can regenerate itself. But who is there to help, when all the ‘helpers’ fear their own personal history? And so we play the game of blindman’s buff with each other – patients, doctors, medical authorities – because until now only a few people have experienced the fact that emotional access to the truth is the indispensable precondition of healing. In the long run, we can only function with consciousness of the truth. This also holds for our physical well-being. Bogus traditional morality, destructive religious interpretations, and confusion in our methods of child-rearing all make this experience harder and hinder our initiative. Without a doubt, the pharmaceutical industry also profits from our blindness and despondency. However, each of us has been given only one life and only one body. It refuses to be fooled, insisting with all means at its disposal that we do not deceive it.”