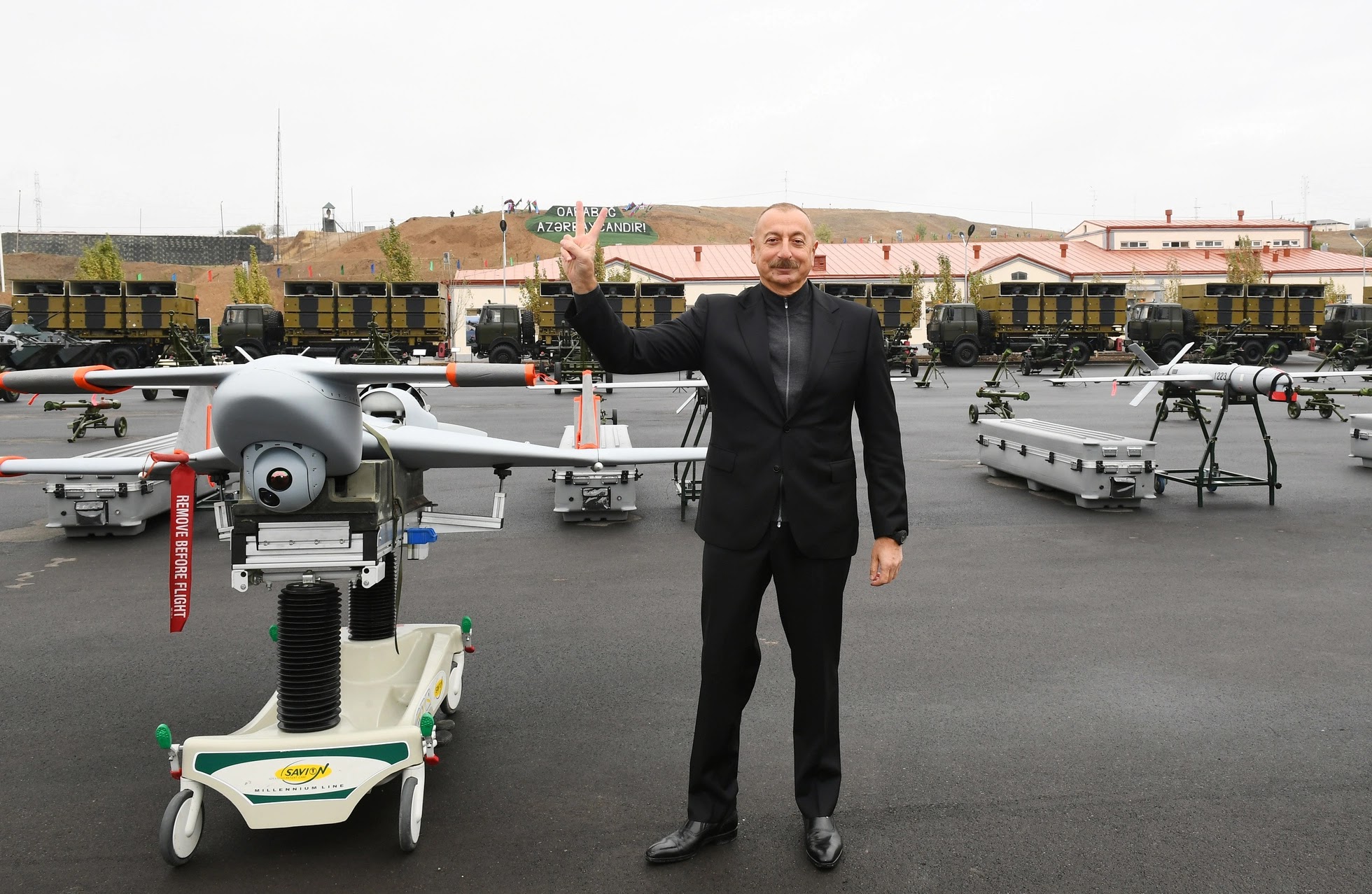 By Stijn Mitzer and Joost Oliemans
Israel is Azerbaijan's largest supplier of arms and equipment, accounting for a whopping 69% percent of Azerbaijan's major arms imports in the period from 2016 to 2020. [1] [2] This number is likely to have risen even further after the conclusion of the Nagorno-Karabakh War, which saw Azerbaijan expending a significant portion of its ammunition reserves that had to be replenished both during and after the war. [3] While Turkey is often thought to be a major exporter of military items to Azerbaijan, Turkey accounted for only 2,9% percent of Azerbaijan's imports of major arms from 2011 to 2020. [4]
Despite their decisive role in securing Azerbaijan its striking victory over Armenia, Israeli arms sales to Azerbaijan have been conveniently ignored by staunch supporters of Armenia in the U.S. Senate. In stark contrast, these same U.S. Senators (David Cicilline, Gus Bilirakis and Bob Menendez) have been outspoken critics of Turkish military support to Azerbaijan. Through their efforts, Turkey will be the subject of investigation by the U.S. government to uncover whether the country's export of armed drones are in violation of the U.S. Arms Export Control Act and to assess if Turkish drone sales are ''dangerous, destabilizing and a threat to peace and human rights''. [5] [6] [7]
The question with respect to why these Senators have not pushed for an investigation into Israeli's role in supporting the Azerbaijani military to recapture Nagorno-Karabakh is perhaps answered by the fact that Bilirakis is the founding Co-Chair of the Congressional Hellenic Israel Alliance while the page of Cicilline's website about U.S.-Israel relations is an explicit expression of his warm feelings towards the country. [8] Bob Menendez in turn has been referred to as ''perhaps the most ardent Democratic supporter of Israel in the Senate''. [9] No country has a monopoly on violence or arms exports, and the matter reeks of preferential treatment.
Israeli arms exports to Azerbaijan have included anything from loitering munitions to long-range Spike anti-tank guided missiles (ATGMs), missile-toting offshore patrol vessels (OPVs) and even LORA quasi-ballistic missiles. [10] Israel has also helped Azerbaijan to circumvent the OSCE arms embargo placed on the country on several occasions by acting as the consignee of weaponry ordered from EU countries, which is then flown to Azerbaijan onboard Il-76 and Boeing 747 cargo aircraft flown by Silk Way (West) that operates under diplomatic immunity. [11]
In no area of the Azerbaijani Armed Forces is the presence of Israeli-made weaponry so evident as in its inventory of unmanned aerial vehicles (UAV). Out of the 21 UAV types operated by Azerbaijan, no less than eighteen are Israeli (90%) and only two are Turkish (10%). Six of the Israeli UAVs are so-called loitering munitions, which engage ground targets with an explosive warhead. Even when excluding the five Israeli drone types produced in Azerbaijan (through a joint venture known as Azad), Turkish drone types still make up only 15% of Azerbaijan's drone types.
This list aims to catalogue Israeli armament types currently in service with the Azerbaijani Armed Forces.
(Click on the equipment to get a picture of them in Azerbaijani service)