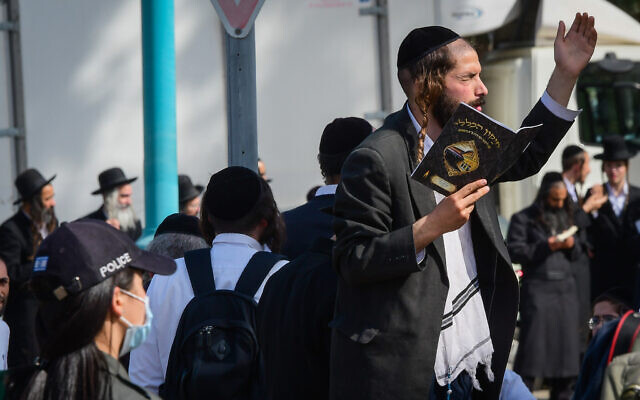 Convicted sex offender & filthy human garbage rabbi Eliezer Berland entered prison on Thursday to serve out a fresh sentence for fraud, after he swindled his sick and elderly followers out of millions of shekels.

The disease of blind faith in sub-humans on full display!

Police guard followers of Rabbi Eliezer Berland waiting for his arrival at the Nitzan Prison in Ramle, on October 28, 2021

Convicted sex offender Rabbi Eliezer Berland entered prison on Thursday to serve out a fresh sentence for fraud, after he swindled his sick and elderly followers out of millions of shekels.

Around a thousand of his supporters gathered outside the prison from Wednesday evening to protest his conviction.

Berland and his extremist Shuvu Bonim sect returned to the spotlight this month with a number of arrests in connection with the suspected murder of a teenage boy and the unsolved murder of a man in the 1980s and 1990s.

Berland started his jail term on Thursday after he was convicted of fraud in June, in a plea deal that saw him sentenced to 18 months. The sentence will include time already served as Berland spent a year in jail before being released to house arrest in February of this year.

Berland was arrested in February 2020, after hundreds of people filed police complaints saying that he had sold prayers and pills to desperate members of his community, promised families of individuals with disabilities that their loved ones would be able to walk, and told families of convicted felons that their relatives would be freed from prison.

In the arrest raid, dozens of boxes of powders and pills were found at Berland’s home that were given to supplicants as “wonder drugs.” Laboratory checks revealed them to be over-the-counter pain medication and candy, including Mentos. 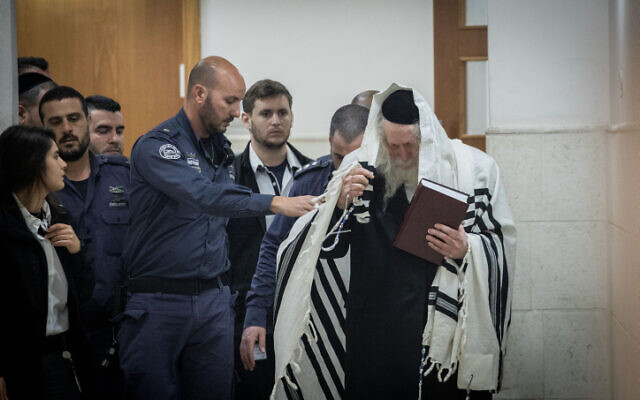 Rabbi Eliezer Berland arrives for a hearing at the Jerusalem District court on February 28, 2020.

At the time of his sentencing, the judge ruled that Berland’s offenses were “committed systematically and out of greed, taking advantage of the complainants at their most difficult time during periods of crisis.”

Berland’s supporters gathered outside the Nitzan Prison in Ramle on Wednesday evening, where they held a protest and all-night study and prayer session, surrounded by heavy police presence. 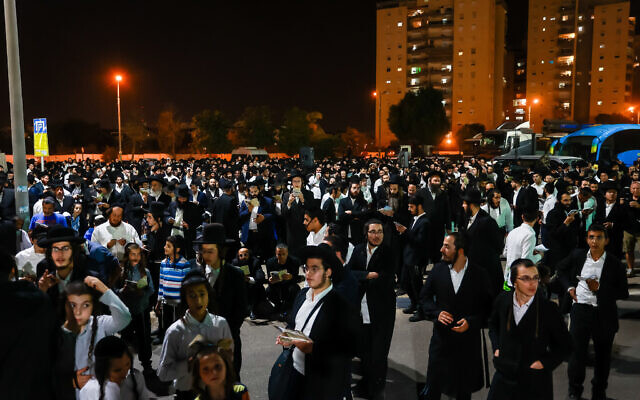 Supporters and followers of Rabbi Eliezer Berland protest outside Nitzan Prison in Ramle, on October 27, 2021

The supporters will additionally set up a protest tent near the jail, while Berland’s lawyers have said they will request that he be quickly released for good behavior and cooperation, the Walla news site reported.

Berland is starting his sentence as police make apparent progress in the investigation into the suspected murder of a teenage boy and the unsolved murder of a man connected to his sect, with the arrest of eight suspects, reportedly including the son of a former senior cabinet minister. 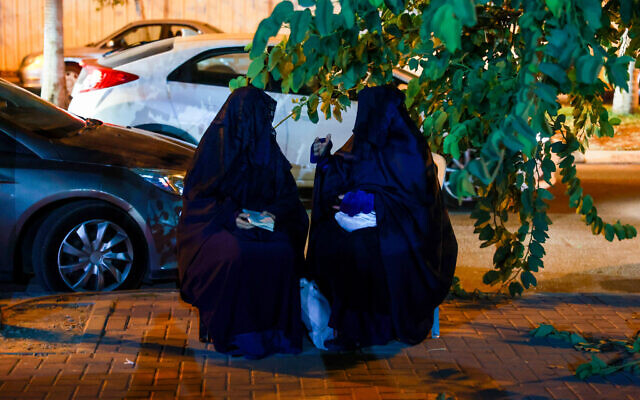 Supporters of Rabbi Eliezer Berland protest outside Nitzan Prison in Ramle, on October 27, 2021

According to the Kan public broadcaster, law enforcement are probing whether Berland was personally involved in the disappearance and suspected murder of 17-year-old Nissim Shitrit and the murder of 41-year-old Avi Edri.

Shitrit was allegedly beaten by the sect’s “religious police” four months before he was last seen in January 1986. In a documentary released by Kan in 2020, one of Berland’s former disciples said that the religious police murdered the boy, dismembered him and buried his body in Eshtaol Forest near Beit Shemesh. His remains were never found and the case was never solved.

The second murder reportedly connected to the arrested suspects was of Edri, who was found beaten to death in Ramot Forest in the north of Jerusalem in 1990. Kan reported that Edri’s murder was tied to Shuvu Bonim by former disciples. It too has remained unsolved for over 30 years. 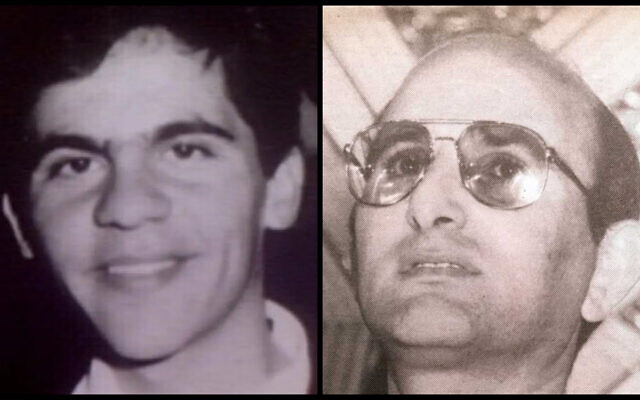 The cult-like Shuvu Bonim offshoot of the Bratslav Hasidic sect has had repeated run-ins with the law, including attacking witnesses.

Berland, its leader, fled Israel in 2013 amid allegations that he had sexually assaulted several female followers.

After evading arrest for three years and slipping through various countries, Berland returned to Israel and was sentenced to 18 months in prison in November 2016, on two counts of indecent acts and one case of assault, as part of a plea deal that included seven months of time served. He was freed just five months later, in part due to his ill health.

Convicted sex offender & filthy human garbage rabbi Eliezer Berland entered prison on Thursday to serve out a fresh sentence for fraud, after he swindled his sick and elderly followers out of millions of shekels.