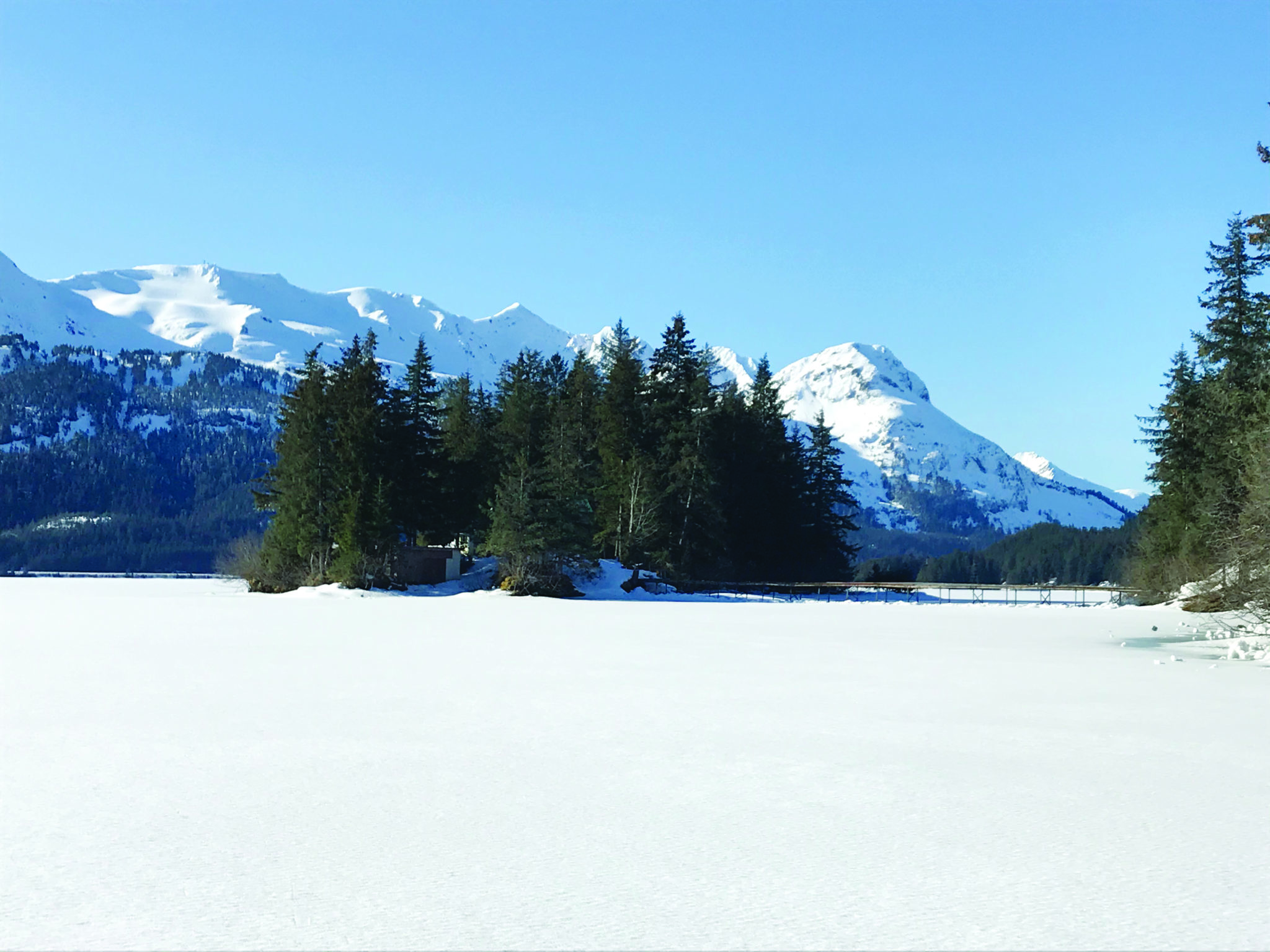 Cordova Chronicles: A road with a story around every curve

Power Creek Road, a 7-mile gravel byway that winds along the northern shores of Eyak Lake, is a favorite place for many Cordovans to take daily walks or drives.

Yet, despite being around for almost as long as Cordova, the road’s history is somewhat obscure.

At one time it is believed to have been a trail for horse-drawn wagons and logging. As its name suggests, it is also connected to an early quest for hydro-electric power, with Ohman Falls, in a valley beyond the road’s end, named after a pioneer seeking such a development.

In the early ‘20s, a salmon hatchery operated about 6 miles out the road, and, after failing, its facilities were converted to a children’s home, which must have been entertaining, as the spawning grounds were also a favorite spot for hungry brown bear.

Its early history also included an attractive American Legion log cabin, located across Power Creek, a half-mile before the end of the road. Originally accessed by a suspension bridge, an artistic trussed bridge was later built for improved access as one of the many local projects completed by FDR’s CCC, or Civilian Conservation Corps, which put jobless folks to work all over the country to help end the Great Depression.

Over all those early years, Power Creek Road was busy for many reasons, not the least of which was the fact that during the Copper River and Northwestern Railway era, from 1908-1938, it was the location of today’s version of “going out the road,” since there was no other road of any length at that time.

Consequently, there were quite a number of cabins built along its winding path, and many are now the sites of homes that date back to those early days.

Perhaps none is more fascinating than a log cabin built by Bob Korn, on what famously became known as Passion Island.

The island is located about a half mile beyond a broad turnout that was nicknamed The Waterhole, for this is where members of the now defunct Cordova Elks Club would gather to hoist farewell toasts following Memorial Services for lodge brothers just departed. A freshwater stream provided chasers for their high-powered salutes.

Access to Korn’s island getaway was by a rickety wooden bridge, which was replaced by the Kritchens after the Kernel, as he was nicknamed, passed away in 1972. Larry Kritchen bought the property from Harold Z. Hansen in an estate sale. His son Lyle and his wife Karen now own the island and spend summers there.

Korn was truly a legendary figure. He arrived in Cordova in 1921, and among other things started the Imperial Taxi Service and the Imperial Bar.

The portly Korn was one of Cordova’s more renowned characters and loved a good time. The nickname of his duck shack down Eyak River as the Korn Hole reflected his celebrated sense of humor, although it was supposedly based on the fact that its outhouse sat on the edge of a duck pond and was always supplied with a bag of cracked corn to attract the birds into range, which may also solve the mystery of why he was nicknamed Kernel Korn.

As it turns out, arriving in Cordova from Seward in the early ‘30s was a clothing merchant named Don Shellhorn, who being a dashing young bachelor, quickly fell under Korn’s tutelage.

In 1937, an attractive 17-year old lass named Anita Young, recently graduated from high school and fresh off a dairy farm near Snohomish, Washington, arrived to help out as a nanny for the children of her older brother John and his wife Olive. John was a successful fisherman during those rowdy days, and also accustomed to looking out for his little sister.

Anita took on a side job working as a waitress, and of course, ended up serving many cups of coffee to none other than man-about-the-town Don. The story goes that the romance began when she went into the Cordova Commercial clothing section to buy a pair of comfortable shoes for her job, and guess who the salesman was.

Needless to say, when she asked her brother John, who was aware of my future dad’s reputation, for permission to go out on a date with Don Shellhorn, his immediate response was “There is no way in hell you are going out with that son-of-a- —–.”

Well, that sealed the deal, of course. A year later they were married, and guess where they spent their honeymoon?

On a road filled with stories around every bend, that bridge and island is good for a chuckle every time I pass it on walks along Power Creek Road.

The post Cordova Chronicles: A road with a story around every curve appeared first on The Cordova Times.

Cordova Chronicles: A road with a story around every curve