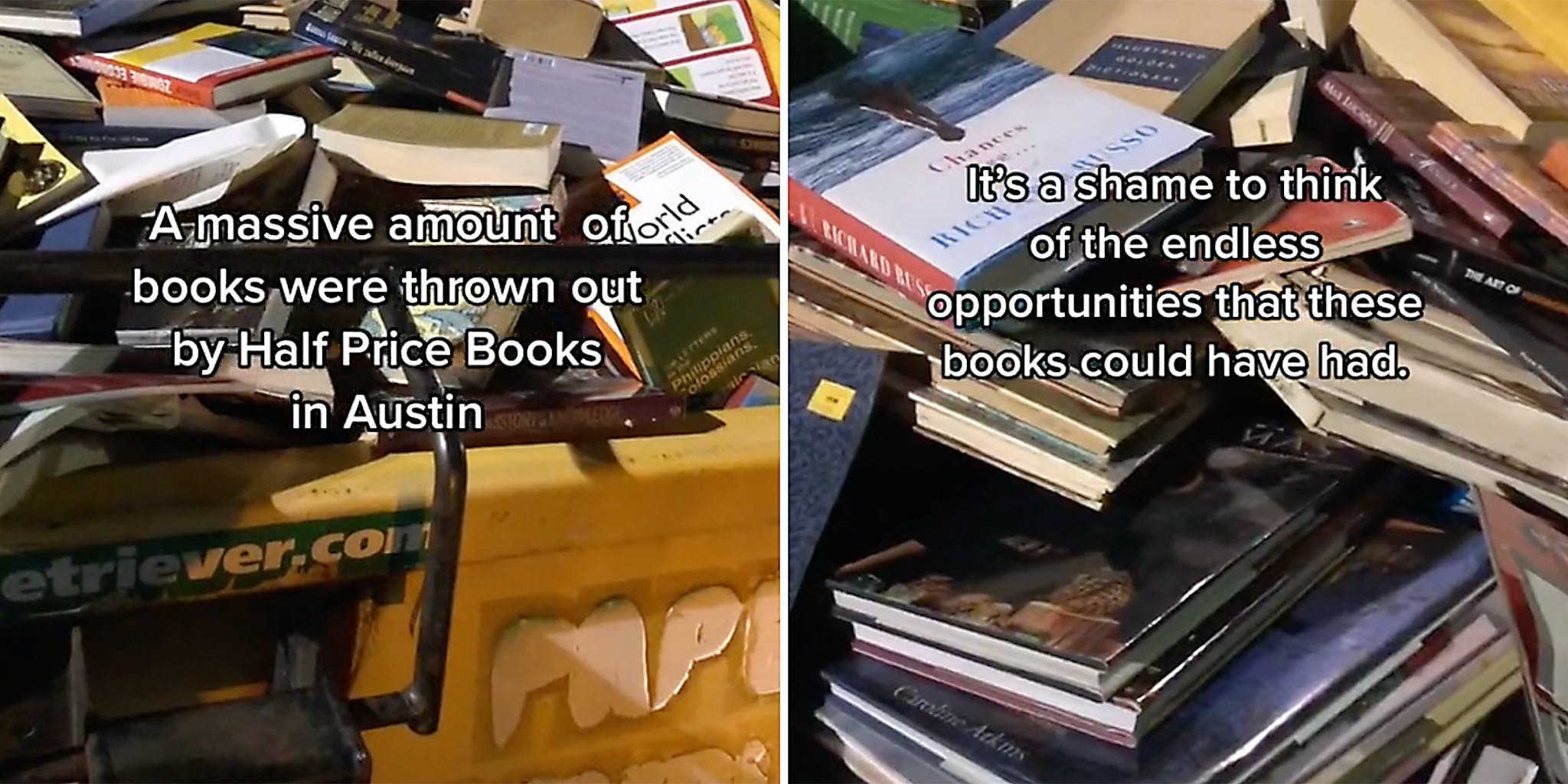 ‘Could have been used or donated’: TikToker finds ‘massive amount’ of books thrown out while dumpster-diving at Half Price Books in viral video 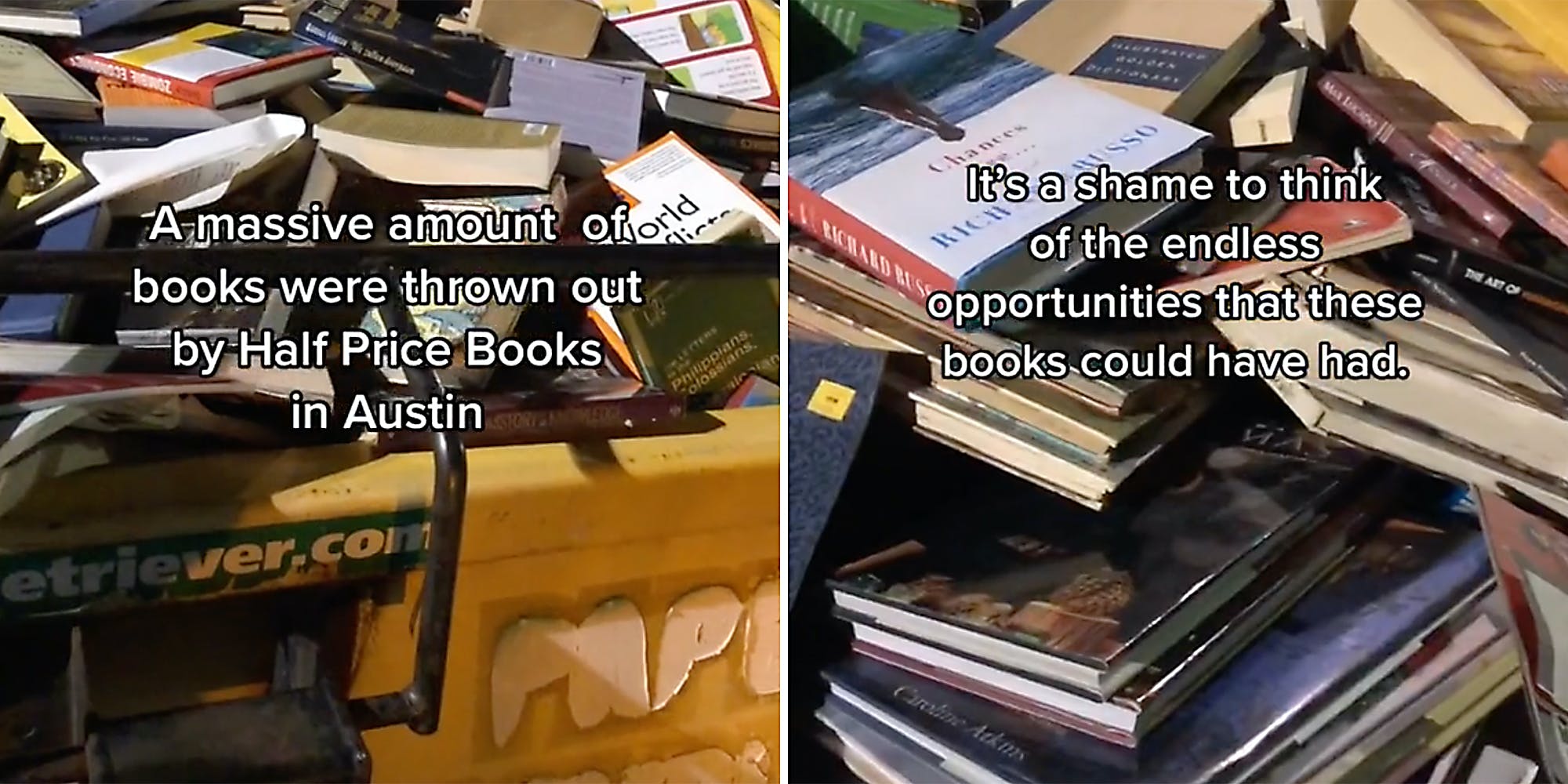 A TikToker found dozens of books thrown in recycling bins while dumpster-diving outside Half Price Books in Austin.

The TikToker said the books were in "decent condition" and could have been donated. In the video, TikToker @oddballvintage films "a massive amount of books that" they allege "were thrown out by Half Price Books in Austin." Two bins appear full of books.

"It's a shame to think of the endless opportunities that these books could have had," the text overlay notes before alleging they "could have been donated before they were destroyed."

The TikToker also notes via text overlay that the books were found in the recycling bins, not trash bins.

The creator revealed in the comments section that they found the books on Jan. 19 and urged viewers to go to the location where the books were tossed. "GRAB THEM BEFORE THEY’RE GONE ‼️" they urged.

Companies, like Whole Foods and Starbucks, in the past, have been slammed by dumpster divers on TikTok for throwing out or destroying unsold products instead of donating them.

@oddballvintage's video has been viewed over 68,000 times in just 24 hours.

Viewers left their suggestions for the new and used book store in the comments section of the clip.

"These could of been donated to homeless shelters," one suggested.

Another said that there are "public schools in my city whos libraries are BARREN because they don’t have funding to buy books" and that the books could have been utilized at such places.

The Daily Dot reached out to both @oddballvintage and Half Price Books via email.

The post ‘Could have been used or donated’: TikToker finds ‘massive amount’ of books thrown out while dumpster-diving at Half Price Books in viral video appeared first on The Daily Dot.

‘Could have been used or donated’: TikToker finds ‘massive amount’ of books thrown out while dumpster-diving at Half Price Books in viral video