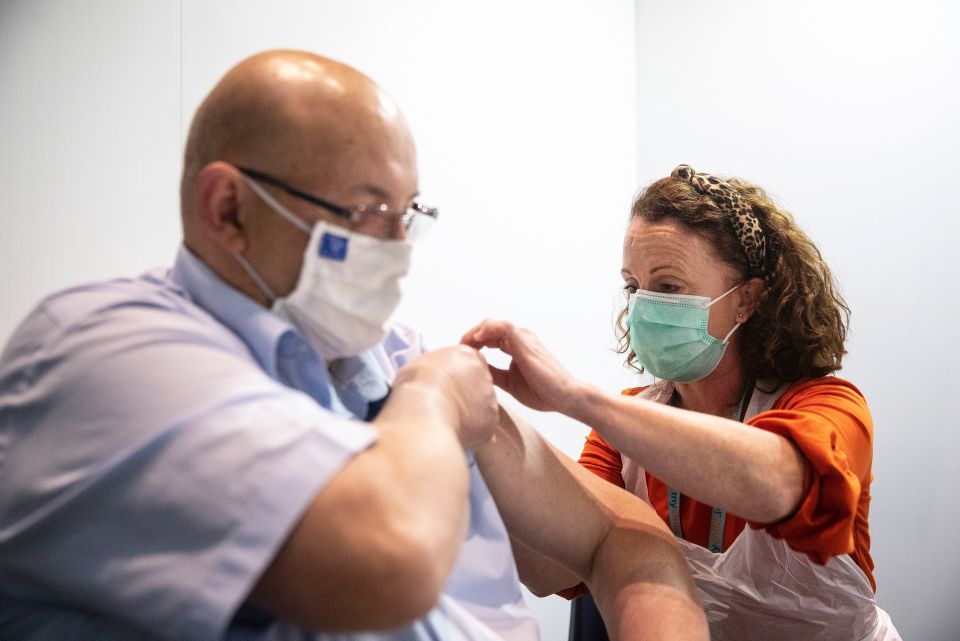 THE Covid-19 vaccine registration portal is set to open for those in the age 40 to 50 age cohort next week.

HSE chief Paul Reid has said that the age group will begin to receive contact about their registration later on next week.

Hospital appointments have been cancelled, the Covid-19 vaccine booking system was frozen yesterday and test results are being delayed in what has been described as the “most significant cyber crime attack in the history of the State”.

Reid told RTE’s Saturday with Katie Hannon show: “The 40s to 50s will be next, we will be communicating out on that later next week for people to start registering on that portal.

“Everybody who’s over the age of 50 to 69 can still go on now and register.

“We were through all of those age groups so [the portal] is now open again for everybody, and again, strongly encourage everybody [to register].”

Reid told the staton that some 1.5million people have received their first dose of the Covid jab so far – representing 40 per cent of the adult population of the country.

The vaccine portal is currently open for those age 50 to 59 to register for their Covid jab.

He said that over half a million people over 16 are now fully vaccinated and stated that somewhere “between 260 to 280,000 vaccines” are to be administered next week.

Reid told the national broadcaster that he was expecting advice from NIAC and the CMO regarding the use of the Johnson & Johnson and AstraZeneca jabs on those aged 45 to 50.

He said: “We are on target to deliver over 250,000 [doses] by the end of this week, the vaccination centres are all up and running at full steam,” he said.

People can register online or via the phone to line up for their Covid jab.

Here’s how to register on the online Covid-19 vaccination registration portal.

A revised plan from the HSE will see the roll-out continue on an aged based order.

Meanwhile,The Department of Health have been the victim of a cyber attack, it has been reported.

RTE News have said that the Health Department have experienced a cyber attack similar to the ransomware attack on the HSE this week.

t has been reported that a digital note was left on the Department’s IT systems.

The note is reportedly from the cyber crime group who are believed to be responsible for the HSE attack – who also received a similar message.

The Natonal Cyber Security Centre, alongside gardai and the Defence Forces are currently probing the attacks.

It has also been reported that they are working with Europol as the attack is believed to be criminal and not espionage.

Digital footprints of malware that was inserted by the hacking crime group is being sent to Europol’s Malware analysis System in the Hague.

The attack is believed to be similar to the attack on HSE systems and investigators currently suspect the same cyber crime group are involved in both attacks.

It emerged last night that a Russian crime gang who has crippled the HSE has demanded up to €16million in ransom.

Gardai suspect a consortium of Eastern European criminals — reported to be run by a Russian group called Wizard Spider — may have received state sponsorship off Moscow.

The hackers said they have had access to the HSE network for two weeks, it was reported last night.

During this time, they claim to have stolen 700GB of unencrypted files from the Irish health service — including patient and employee information, contracts, financial statements, payroll and more.

The cyber mob reportedly said they would provide a ­decryptor and delete the stolen data if a ransom of $19,999,000 is handed over.

They’re said to have told the HSE: “The good news is that we are businessmen. We want to receive ransom for everything that needs to be kept secret, and we don’t want to ruin your business.”

The Irish Sun on Sunday last night asked security sources about the €16m figure and they confirmed it was in the “multi-millions”.

802 cases of Covid-19 reported over two days in Ireland

We can also reveal that staff at the Rotunda Hospital received a message from the hackers when they turned on their computers.

The hackers said: “It would be better for both of us if you contact us ASAP. We downloaded your data and will publish it.”

The revelations come as the Department of Health were unable to keep track of how many new Covid infections were detected ­yesterday due to the devastating impact of the hack.