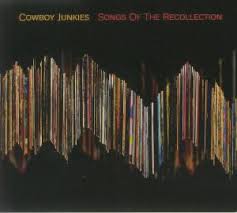 COWBOY JUNKIES - SONGS FOR THE RECOLLECTION

How good to have the Cowboy Junkies prolific again. After six years between 2012 and 2018 without a record we have now had three in four years. Beginning with All That Reckoning, one of my favourite Junkie albums in 20 years, they followed with Ghosts, a beautiful EP reflecting on grief, and now we get a covers record just like 2005’s Early 21st Century Blues.

Covers have been a big part of this Canadian band’s DNA since their first records and why not. Margo Timmins ethereal voice reinvents anything they touch. Add brother Michael’s sonic atmospheres sounding like either warm gentle Ontario Place summer heat haze or a freezing squall cutting through Saguenay, Quebec in winter and his guitar is an instrument of reformation..

For the former check out Love In Mind and for the latter Don’t Let It Bring You Down. Both of course are by fellow Canadian Neil Young and are side by side. Though no one sounds quite like the Cowboy Junkies they have the spirit of Young’s band Crazy Horse whirling all around them.

Don’t Let It Bring You Down might be my favourite song here but Bowie’s Five Years is recreated from its Ziggy Stardust stage and The Cure’s Seventeen Seconds has a hypnotic guitar riff that had me off listening to a band I pretty much missed.

They’ve never been short of a Dylan cover but the most fascinating thing here is that they cover one of Dylan’s most recent releases. Already available on an Uncut magazine Dylan covers giveaway, I’ve Made Up My Mind To Give Myself To You could be romantic or it could be spiritual. The Junkies give it the beauty of the tension.

Oh it is good. As they can do just as well as they give us their own work Cowboy Junkies have given us more songs for the recollection to reconsider all over again.

COWBOY JUNKIES - SONGS FOR THE RECOLLECTION