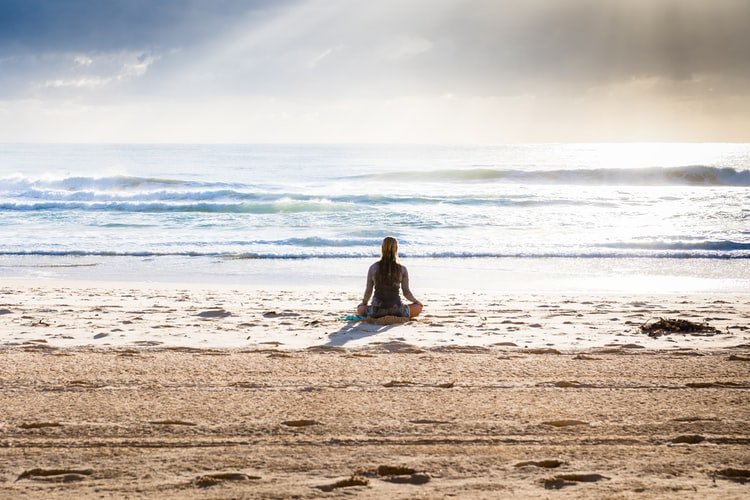 Craig Kelly is merely the first wave of vaccine sceptics

While we endured Craig Kelly’s nonsense about the COVID vaccine rollout, he’s merely one wave in a rolling sea of misinformation.

With the national rollout of the COVID vaccine around the corner, we’ve been treated with a heavy showing of nonsense in opposition to it. This week’s moron du jour has been Craig Kelly, who, other than cornering Tanya Plibersek in a corridor (he was already speaking to the media about his apparent censorship) has outpaced the social media metrics of the Australian Government Department of Health with a familiar brand of click-bait nonsense.

Kelly (along with being a climate change sceptic), has frequently advocated the use of the drugs, hydroxychloroquine and ivermectin, to treat COVID-19, despite health authorities stating the exact opposite. Even his boss, Scott Morrison, said that “we’ve been very clear to point out where you get your information from. You don’t get it from Facebook. You get it from official government websites, and that’s what I encourage everyone to do”.

But as BuzzFeed‘s Cameron Wilson noted, that isn’t exactly true, as Craig Kelly’s total interactions were 3.9 million to the department’s 605,000 from a period of August 2020 to January 2021. 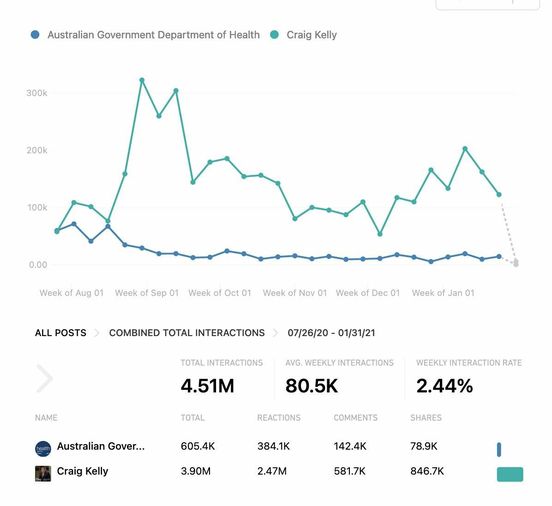 It’s important, as the department should the foremost source of information both in the pandemic, and the vaccine rollout established to halt it. Interestingly, one anonymous Liberal MP told The Sydney Morning Herald that “…his comments on COVID-19 are really damaging, it’s like having Pete Evans in the party room.”

Pushing the point further, and perhaps into the satire, Craig Kelly was interviewed by Pete Evans this week on his podcast, with the latter calling the former a “beautiful and beyond courageous man”.

However, Craig Kelly is merely the head of an inherently illogical movement, as behind every right-wing figurehead is a thousand clued-in wellness bloggers.

Blogger David Farrier over on webworm recounted his tangle with one, which is so formulaic, it could easily be carried over into our own anecdotes wholesale.

Farrier wrote: “Last month, I encountered an Australian wellness influencer on Instagram. It all looked fairly normal — some inspirational quotes, some smiling photos and some recipes. But in amongst the quotes and smiles and recipes were a bunch of posts saying that vaccines could be dangerous. That there is ‘medical tyranny’ afoot.”

While the influencer shall remain nameless (no clout without prior compensation), they defined themselves as a “real food nutritionist”, with their education obfuscated within an alphabetic code: BSpExSc, GDipHumNutr. For those playing that home, that’s a Bachelor of Exercise Science and Graduate Diploma in Human Nutrition.

The influencer in question took to the Grecian Forum of our time, Insta, to point out some of the inherent defects of the upcoming vaccine. They wrote: “I am a practicing nutritionist. First and foremost, I am a mother…I support individual choice. I support medical freedom. I do not believe that the pharmaceutical industry has health as the first interest. I do not support medical tyranny. I do not support vaccine mandates.”

As Farrier noted, “From what I could tell, a great deal of her followers were swallowing it hook, line and sinker.”

Farrier took his criticisms directly to the wellness blogger and was met with the standard response of a swift block and four-letter words from their followers. So, what’s the lesson here? This conflict, of course, is the problem in miniature.

As Farrier wrote, “(these) posts are very much a sign of things to come as the Pfizer/BioNTech and other vaccines are rolled out. We are gonna hear from a lot of wellness types telling us they’re dangerous, and to ‘just ask questions'”.

The post Craig Kelly is merely the first wave of vaccine sceptics appeared first on The Big Smoke.

Craig Kelly is merely the first wave of vaccine sceptics