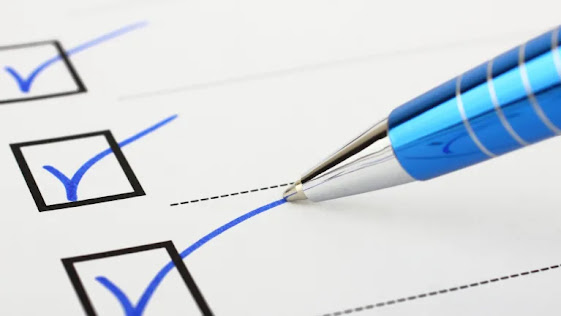 Checklists are critical to a winning cross-examination. To illustrate the importance of checklists, Dr. Atul Gawande tells the true story of an October 30, 1935 airplane flight competition that the U.S. Army Air Corps held at Wright Air Field in Dayton Ohio to determine which military-long range bomber to purchase. Boeing’s “flying fortress” was the likely winner. But, after the plane reached three hundred feet, it stalled, turned on its one wing and crashed, killing its pilot and another member of its five-person crew. The pilot had forgotten to release a new locking mechanism on the elevator and rudder controls. The plane was dubbed “too much airplane for one man to fly.”
Nevertheless, a few of the Boeing planes were purchased, and a group of test pilots considered what to do. They decided that the solution was a simple pilot’s checklist. With the checklist in use, pilots flew the B-17 1.8 million miles without an accident. Dr. Gawande in his book The Checklist Manifesto: How to Get Things Right (p. 34) concludes, “Much of our work today has entered its own B-17 phase. Substantial parts of what software designers, financial managers, firefighters, police officers, lawyers, and most certainly clinicians do are now too complex for them to carry out reliably from memory alone. Multiple fields, in other words, have become too much airplane for one person to fly.”
Dr. Gawande who heads the World Health Organization’s Safe Surgery Saves Lives program recounts that after the World Health Organization introduced the use of checklists for surgeons, research of nearly 4000 patients showed the following: major complications fell 36 percent; deaths fell 45 percent; infections fell almost 50 percent. Rather than the expected 435 patients expected to develop complications, only 277 did. The checklist spared 150 patients from harm and they spared 27 of those 150 from death. (The Checklist Manifesto, p. 154)
Just as checklists are critical for pilots and doctors, they are necessary for cross-examiners as well. At the end of almost every chapter in Cross-Examination Handbook: Persuasion, Strategies and Techniques 2nd Edition is a checklist of matters that are essential to effective cross-examination. The following is an example of a checklist that follows the chapter in Cross-Examination Handbook that focuses on exposing the false or exaggerated nature of what the witness reports on the stand.
Checklist: Impeachment Cross: Report
Improbability
Evidence of improbability is relevant and therefore admissible because it makes what the witness claims less probable. Fed. R. Evid. 401 and 402.
Under Fed. R. Evid. 611(b) and a similar state rule, cross should be limited to “matters affecting the credibility of a witness,” and a cross that reveals that the testimony is improbable goes to the witness’s credibility.
The reduction-to-the-absurd technique exposes improbability by extending the original premise of the witness to an absurd result.
The common-sense technique highlights the witness’s assertion and shows that it is unlikely because it defies common sense.
The contradictory-conduct technique emphasizes the witness’s claim and then contrasts it with the person’s actions under the theme that action speaks louder than words.
Prior Inconsistent Statements
Federal Rule of Evidence 613 and state equivalent rules provide that a witness may be examined about prior inconsistent statements.
• If the witness admits the prior statement, extrinsic evidence of the statement may be excluded as cumulative under Rule 403.
• If the witness does not unequivocally admit the prior statement, extrinsic evidence of the statement is admissible.
• The witness must be given an opportunity to deny or explain the statement.
• The prior statement is admissible only for impeachment, not substantive, purposes unless admissible under another rule of evidence.
Avoid impeaching with minor inconsistencies, except:
1. When the cumulative effect of the minor inconsistencies show the witness is not credible; or
2. When necessary to force an evasive witness to yield concessions.
Don’t pluck a prior statement out of context because, under the rule of complete- ness as stated in Fed. R. Evid 106, opposing counsel can have the rest of the statement introduced contemporaneously, which may open the door to what would otherwise be inadmissible evidence.
Eight essential techniques for impeachment with a prior inconsistent statement are:
1. Recognize the inconsistency;
2. Retrieve the prior statement;
3. Repeat the testimony;
4. Reinforce the truthful statement with where said, when said, who heard, what said, and whether said;
5. Reference the prior statement;
6. Resonate with the jury;
7. Read or display; and
8. Refute the witness’s denial.
Utilize the deposition strategy to extract the same answers from the witness that were given at the deposition. Apply the eight essential techniques when impeaching with a deposition.
With video deposition clips the impeachment has a greater impact on the jury than with just the transcript.
Impeach the witness’s trial testimony by revealing that the witness previously failed to act or relate the same information when it would have been human nature to do so.
Contradiction
Extrinsic evidence contradicting a witness is admissible if it is relevant and substantive, not collateral.
Having a witness comment on the credibility of another witness—pitting—is improper.
Source: wwwcrossx