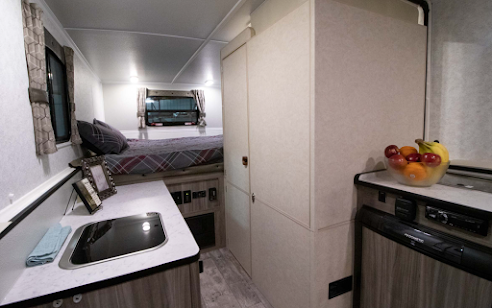 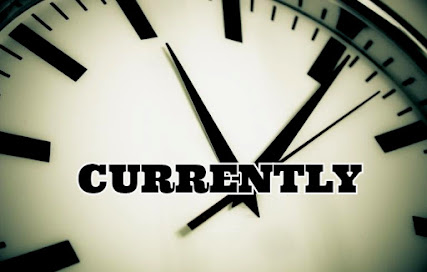 As I was logging this past week's considerable spending expenditures into our Budget spreadsheet, 'Stop the Spend!' literally flashed through my brain. I mean, how perfect, given the past eight weeks of insanity and chaos.

However, regardless of the irony of the particular message my brain elected to put out, this last week was a spending whopper for sure, and even though all monies that flew out the door were anticipated, I am relieved that for the foreseeable future we are done with big expenses.

As to where it went, this was the week we paid the remaining expenses of our recently bathrooms remodel, plus we paid for and took delivery of, our new travel trailer.

But for now we are done writing checks with commas(!), and can instead return to our regularly scheduled 2021 budgeting. Feels good I tell ya!

Organizing  Our travel trailer, our garage, our home. The relief at being done with the our remodel, plus successfully delivering our old trailer for trade in just as we took possession of our new one, has given me the motivation to do some significant decluttering of our home.

In the house, a few display items went to Salvation Army as I continue to focus on fewer but more meaningful items in our home.

In the garage we let go of a good chunk of holiday decor items in one of our storage cupboards as I realized that my desire for increased simplicity did not lend itself to cluttering up my home with holiday tchotchke's. Hard initially, because there were memories of enjoying these items when my daughters were younger and still here at home (😢), but much relief once they finally got bundled up for removal, a sure sign it was time to say goodbye.

Our trailer unpacking (old trailer) and subsequent repacking (new trailer) resulted in some aspirational items being shed. We have learned we are lazy RV'ers, and want minimal set up and breakdown, so we set aside a small EZ-up we'd been hauling around unused for years, plus a gas BBQ and accompanying 1 pound propane canisters -  our George Foreman grill, which we also carry around, is so much smaller and easy to use in that it just plugs in. We also removed some excess serving bowls and utensils, because with our limited storage and fridge capacity there is pretty much zero chance that large quantities of anything will be coming out of our trailer anytime soon. Simplicity rules the day when we RV due to the smallness of our kitchen area.

Buying  These two lovely eucalyptus leaf prints, a tree that we are surrounded by here in S. California, both from the wonderful Emily of Jetty Home. I purchased six of her canvas prints when we updated our family room last year, and these two will be displayed on hanging shelves in our newly remodeled powder room. 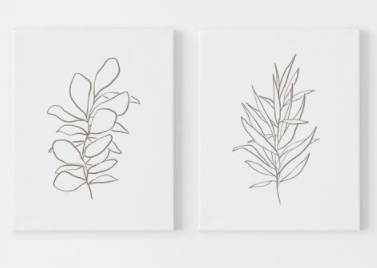 I find that I'm craving calmness the older I get, and the simplicity of these two prints absolutely delights me.

Plus I purchased my first air fryer, a combined toaster/oven/air fryer, for our new travel trailer. A small size was critical due to our limited counter space, so I landed on this one from Black+Decker, that comes in at a petite 15.5" wide, just one inch wider than the Black+Decker 15 year old toaster oven it's replacing: 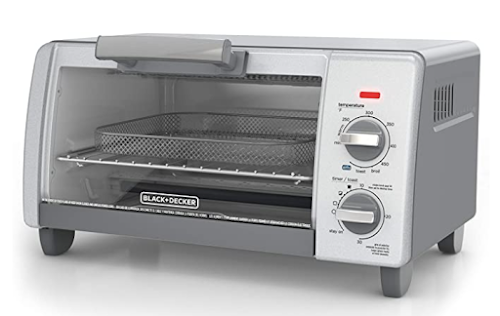 Fifteen years service from our prior Black+Decker toaster oven is impressive, so I expect/hope the same from this one.

Reading  Nothing this past week due to being so distracted so by the news, plus the arrival of our new travel trailer. I have several books waiting to be read, however, so that is my goal this next week. On that list is finishing White Fragility by Robin DiAngelo, an unbelievably compelling read. As much as I've attempted to educate myself with regard to inherent racism in order to do better, this book is giving me more to think about than I had even known needed thinking about. Also needing to be finished is the third book in the Chronicles of Narnia series by C.S. Lewis, The Voyage of the Dawntreader, which has been absolutely delightful so far. Still waiting to be started is Evicted: Poverty and Profit in the American City by Matthew Desmond, for an upcoming book club discussion, plus a re-read of the illustrated version of The DaVinci Code by Dan Brown. As I previously indicated, Dan Brown is not necessarily my favorite author, however reading the illustrated versions of his books is pretty interesting in that he so mixes the factual with the fictional. 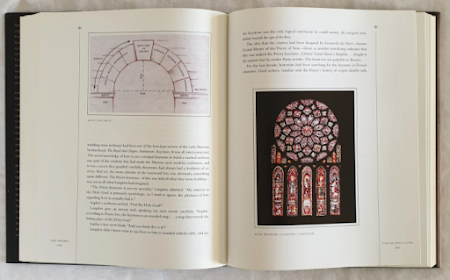 Cooking  Several recipes from One Pot Wonders by Cooks Country. My foodie youngest daughter introduced me this cookbook, and it is excellent. I most recently made Lemony Chicken with wilted spinach and potatoes and it was delicious. I'd post the recipe, except Cooks Country puts all their recipes behind paywalls, however it is available to view on Amazon if you click on the Look Inside Icon and scroll forward a few pages. It's the fourth recipe in the cookbook. 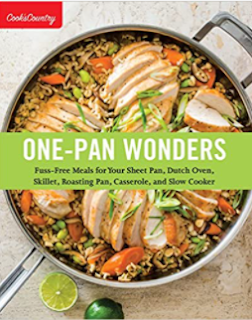 Excited  We have a handyman in for the next three days, beginning tomorrow. He is going to repaint our bathrooms, all looking a little disheveled from their recent remodel, hang the final mirrors, remove the crown molding from our bedroom, the only room with it in the entire house and thus out of character, plus remove two arches in our bedroom, which should both update and visually enlarge the room. After that, we are done other than awaiting installation of our shower glass, and a sliding privacy door in our guest bedroom. Neither should cause any follow up repair work, so we are definitely approaching the finish line.

Not to much to get excited about otherwise, because, well, pandemic.

Amused  My east coast daughter has an enormous heart, and as a result she has been fostering dogs for a rescue organization. Recently she had a sweet little elderly cocker named Terry, that was quickly adopted by an older couple. Currently she has a three month old puppy rescued from a hoarder that had 42, wait for it, Great Danes. Yep, she has a three month old Great Dane currently with the biggest paws I've ever seen. Oh lordy,I hope the little guy gets adopted quickly!

Side note, she was in downtown DC picking up the new puppy one day before the Capital horror occurred, which initiated another round of intense emotions when she told me.

That's a wrap for me currently. What's up currently where you are?