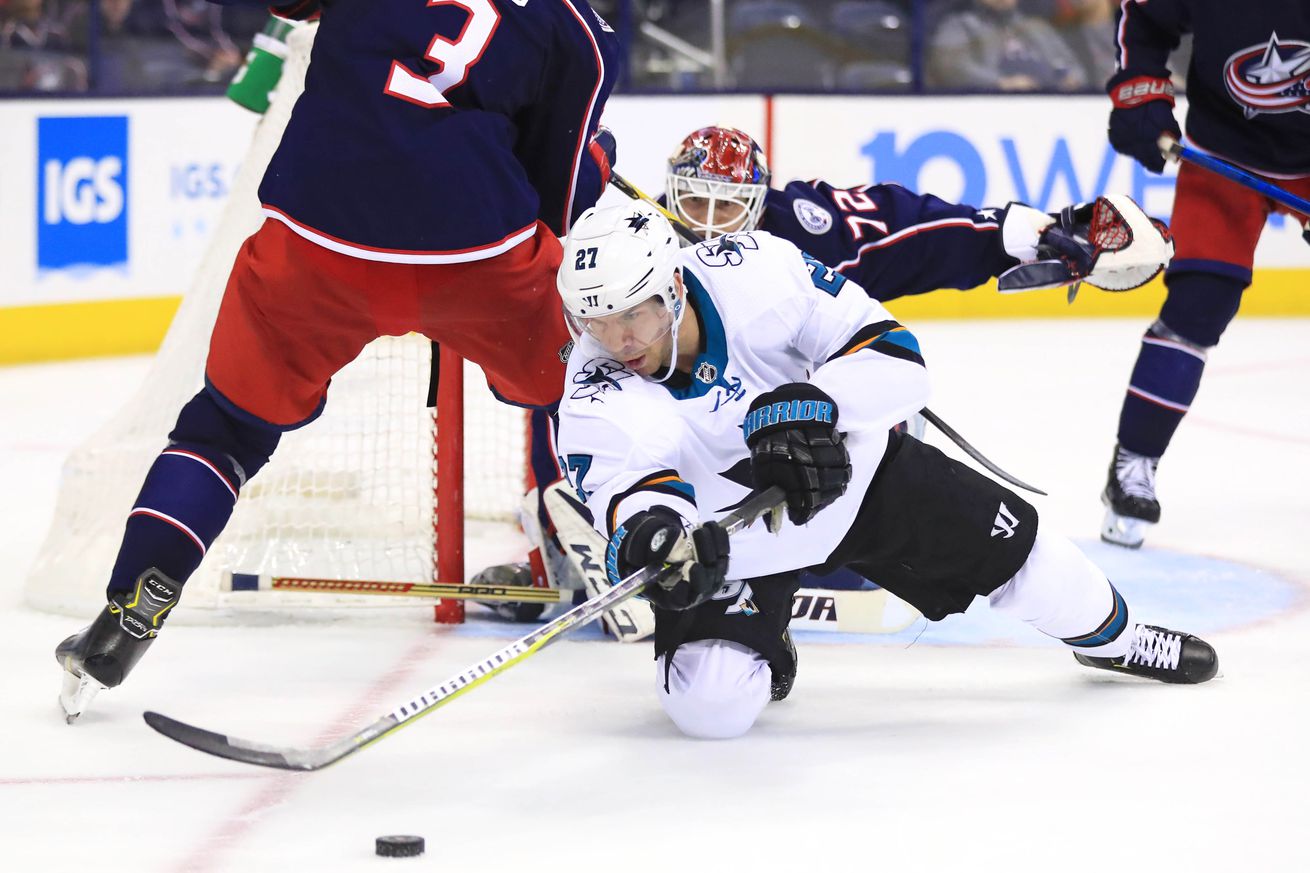 The hockey maxim is that early games are tough, especially on the visiting teams.

That was easy to believe yesterday afternoon, watching the San Jose Sharks sleepwalk through a 4-0 loss to the Columbus Blue Jackets.

Especially concerning, for Sharks fans, was the prospect of a West Coast squad playing an early game in an East Coast arena.

I mean, to be fair, he kind of looks like that all the time?

But yeah, the early eastern timezone games kill us every time.

Yesterday afternoon marked San Jose’s fourth straight morning/afternoon loss in the East Coast this season — in Brooklyn and New Jersey in October, and in Ottawa in December.

If you can believe it though, the Sharks actually thrived during East Coast early games before this year. I’m defining early games as any before 4 p.m. Pacific Standard Time; for example, a 5 p.m. EST contest is an afternoon affair for a typical Shark player’s internal clock.

From 2005-2018, San Jose went 13-6-1 during such contests. That .675 Points Percentage was higher than the franchise’s league-leading .629 Points Percentage and third-best .672 Home Points Percentage in that timespan. In effect, and recognizing the small sample size, before this season, the Sharks actually earned better results from a typical early East Coast contest than a game at SAP Center.

Of course, four consecutive losses will ruin your numbers when you’re talking about such a small sample size. Their up-to-date East Coast early game Points Percentage, from the post-lockout year to now, is .563.

Regardless, at least from a recent historical perspective, the odds aren’t stacked terribly against the Sharks this morning in Detroit.

No morning/afternoon victories in the Central Time Zone in 11 years! How does that happen?

The first theory is on a long road trip that will touch down in multiple time zones, CST is the adjustment time zone — either getting used to being far from home or the last legs on the way home. Or maybe, once again, it’s a small sample size. But it was an unexpected finding.

This is the Sharks’ complete early game record from 2005 to now, including the 2010-11 season openers in Sweden, which featured 12 p.m. PST start times:

We’ll see if San Jose can push back against recent trends today in the Motor City.