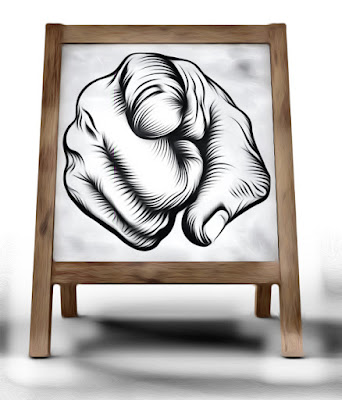 Don’t Pretend It’s Not Your Fault

It’s easy to understand how saddened Comrade Pushpa Kamal Dahal ‘Prachanda’ might be at the country’s political plight.
Your average Nepali feels far worse. And it’s because of declarations like the one Dahal attached to his lamentation at the inauguration of a food and vegetables wholesale mart at Bhaktapur over the weekend. “I feel like going back to farming,” our former Fierce One let on, as if his audience was in a mood for a prank.
More broadly, what’s with our former Maoist honchos these days? Dahal and his one-time lieutenant, Baburam Bhattarai, have a penchant for methodically pointing out our accrued ills. What’s so infuriating is that they make it sound like they have had nothing to do with it all.
Nepalis recognize that there is enough blame to go around here. We the people – with our abiding credulity and confusion – rank quite high on the list. But nothing quite beats our erstwhile Maoist comrades. Nepalis went along with republicanism, federalism and secularism largely on the word of the ‘people’s warriors’.
If so many of them were willing to kill and die for the cause for a decade, maybe it was one that deserved a closer look. But when that was the price the Maoists were going to extract for joining the mainstream, what could a war-weary populace have done at the 11th hour?
Twelve years down the road, the country seemed set to acquire a semblance of political sanity. The ex-rebels had long begun nitpicking. Admittedly, they needed to dissolve themselves as a legal entity that could be hauled to The Hague. At the same time, they were naturally averse to a hostile takeover by the Marxist-Leninists.
They conjured a bland promise of a united Nepal Communist Party, which drew a massive popular mandate. A year later, factionalism persists in the party as a convenient tool to hoodwink the people and hold on to power.
As Dahal feigns exasperation as a means of evading responsibility as co-chair of the ruling party, Bhattarai, seemingly perched at a distance, dons his daura-suruwal-topi as an act of expiation sufficient to allow him to continue to pontificate on the eternalness of the ‘struggle’, whatever that might be. The other breakaway Maoist leaders at least pretend to care for the original cause in their own ways.
With popular discontent unlikely to wane in the weeks ahead, Dahal, Bhattarai & Co. would be reckless to think they could avoid being singled out for their past. The Unified Marxist-Leninists and the Nepali Congress, along with the assorted groups further to the right and the left, already failed their test between 1990 and 2002. The post-2006 edifice is wholly built and owned by the former rebels. The Seven Party Alliance tagged along to avoid irrelevance.
If this structure implodes, the mainstream parties at least have an excuse, even if a lame one. What do the former ‘people’s warriors’ have? Certainly not the will to fight, despite Dahal’s recent threat of a new civil war.
The Hague might seem like a picnic compared to the wrath of the people, especially if the former Maoists keep repeating their inanities in public.
Source: nepalinetbook

Don’t Pretend It’s Not Your Fault