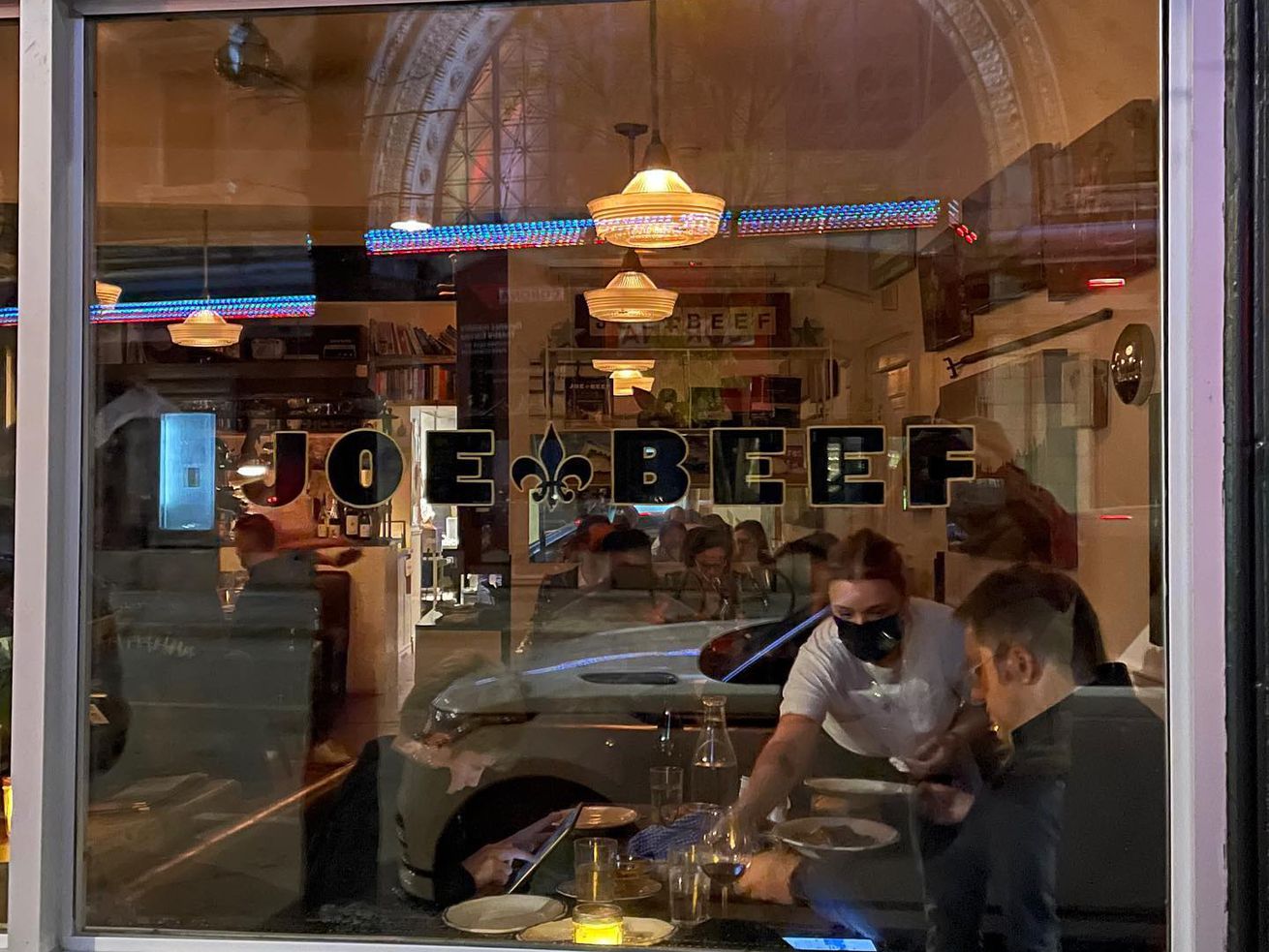 David McMillan Is No Longer With the Joe Beef Restaurant Group

Chef and restaurateur David McMillan no longer owns part of Joe Beef, the restaurant group he founded, expanded, and ran alongside partners Fred Morin and Allison Cunningham, over the past 16 years.

In an article published Wednesday in the Montreal Gazette, McMillan says he sold his shares in the restaurants (Joe Beef, Le Vin Papillon, Liverpool House, McKiernan, and Vinette) to Morin and Cunningham to make a break from the industry, and spend more time on his farm.

According to the article, it’s something McMillan says he’d been wanting to do for a while, but the pandemic “sucked [him] back in” to the industry. What followed, McMillan recounts in the piece, was anger, lots of it, directed at everything from inanimate things (the door, the dishwasher) to individuals (the refrigeration technician, young chefs, older chefs, and “people I shouldn’t have,” he says). He points to pandemic stressors and burnout as reasons for his “snapping,” but does not specify exactly how the anger manifested itself through his behaviour in the workplace.

He does, however, point to one incident in particular as the catalyst for his departure: a “skirmish” — as the Gazette puts it — with Joe Beef’s former executive chef Gabriel Drapeau. McMillan says he began fighting with the chef, who he calls a friend; it’s not clear from the report whether things got physical. He goes on to say that he “came up in restaurants where you still got punched, where screaming in the kitchen was absolutely fine.”

Eater reached out to McMillan for comment on his departure earlier this week, but he was not immediately available.

Hours before the Gazette ran its piece on McMillan’s departure, Drapeau had announced his own exodus from the restaurant group, telling Eater that he was ready for a new professional challenge and to step away from an industry known to take its toll both physically and mentally. “I think I was just ready for my graduation from the Joe Beef program, but I’m beyond grateful for the time I’ve spent there,” he said.

Asked via text if he would comment directly on the incident, all Drapeau would say is that he wished McMillan a “beautiful retirement.”

This isn’t the first time McMillan’s volatility in the workplace has been documented. In a piece published in the New Yorker in May 2019, McMillan admits to getting violent, saying, “Joe Beef is the nicest restaurant I’ve ever worked at. But have I screamed at people? Yes, I have. Have I punched people? Fucking yeah.”

The article also detailed an incident where McMillan served a cook a glass of chicken blood to drink telling them it was his “mother’s strawberry wine” (followed by a whiskey chaser to “kill the salmonella”), and an allegation from a former server that he would slap her butt after he’d been drinking.

In an interview with Joe Rogan, McMillan said he stopped drinking in January 2018, following a stint at rehab. In February 2019, Bon Appétit published a first-person account where he extolls the virtues of sobriety and its impact on the culture at his restaurants; that throughline is picked up in the New Yorker piece. He tells the Gazette he drinks “maybe once a month on special occasions under strict, supervisory conditions.”

McMillan opened Joe Beef, known for its embrace of culinary excess, with Morin and Cunningham back in 2005, and Liverpool House, a couple doors away, two years later. Then, still on the same Little Burgundy strip, came wine bar Vin Papillon. Nestled behind Liverpool is the group’s most recent addition: seafood restaurant Vinette. Beyond their Little Burgundy stomping ground, in Pointe-Saint-Charles, there’s McKiernan, which the trio opened with Maison Publique’s Derek Dammann in 2018. Through it all, McMillan largely became the face of Joe Beef, his public persona so entwined with the restaurant’s that their Instagram accounts were one and the the same. Earlier this month, the restaurant debuted a new Instagram account, though, separate from McMillan’s — a tip-off to some that the tides were shifting.

Ongoing Joe Beef co-owner Morin tells Eater via e-mail he’d rather not comment on McMillan’s departure, other than to say that he’s looking forward to the years ahead, that the current employees are on board because they enjoy it there, and that the team is looking forward to “tackling the future one oyster and [glass of] champagne at a time.”

David McMillan Is No Longer With the Joe Beef Restaurant Group