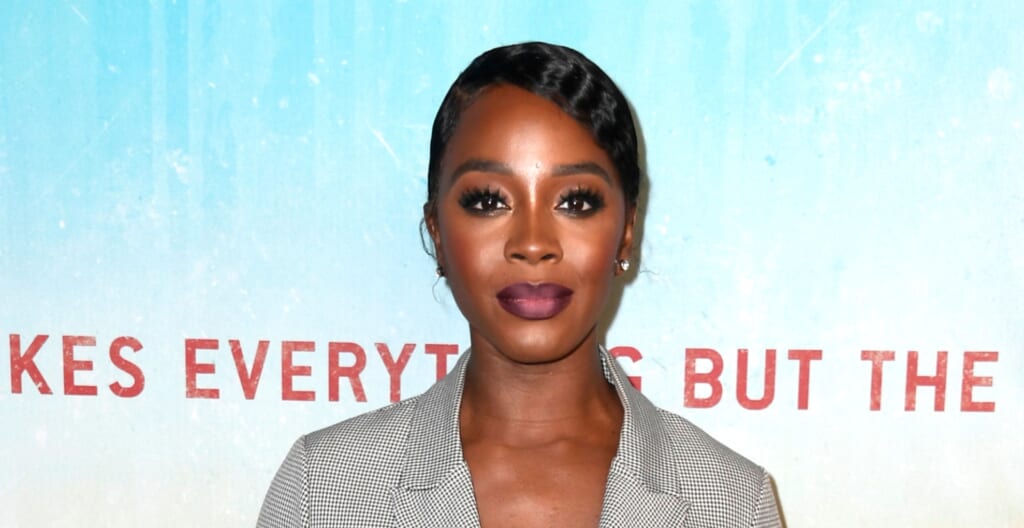 Deborah Ayorinde on that traumatizing scene in ‘Them:’ ‘I laid it all on the table’

The fifth episode of ‘Them’ features a brutal assault

Amazon Prime debuted its horror anthology series THEM on April 9 and viewers are still reeling from the trauma they witnessed in the project created by Little Marvin and executive produced by Lena Waithe.

TheGrio caught up with both of the leads of the film to discuss how they coped with the horrific experiences they were tasked with portraying onscreen.

Deborah Ayorinde and Ashley Thomas star as Lucky and Henry Emory, a couple who has just moved to Compton to escape the terrors of the Jim Crow South, only to find more brutality waiting for them on the West Coast.

Them has been widely criticized by many viewers, mainly for the brutality inflicted upon its Black characters, but one thing apparent to fans and critics alike is that the acting was superb.

Episode 5 showcases a level of violence that exceeds anything we’ve ever seen on screen. Them invited viewers to witness the depths of depravity when a trio of white folks break into the Emory’s home and murder their infant son while raping his mother.

The scene is a lot to take and thankfully, Amazon added a trigger warning ahead of the series that wasn’t there when journalists like myself screened it weeks ago. In all of my years covering entertainment, I have never been so disturbed by a scene, so deeply rattled and traumatized that I wished I could unsee it.

While that fact lends itself to a deep discussion about the way trauma is depicted onscreen, it also speaks volumes about the strength of the performances.

During our interview, Ayorinde revealed how hard it was for her to tackle the episode directed by Janicza Bravo.

“Little Marvin and all of the producers really just rallied around me during that time while also giving me my space. The director of the episode, Janicza Bravo, she was just a dream, to work with, just the the way she took care of me and made sure that I was good and walked me through every bit of the process,” she says.

“That scene that we won’t spoil for people is the hardest scene that I’ve had to do to date and I’m so glad that we shot it right before a holiday break because I needed that rest. I just felt like I just went in at a hundred, I laid it all on the table. I just wanted people to see it and feel the the rawness, the realness, the pain, the authenticity from that experience. And I just knocked out after, honestly. It was hard for me to even watch, you know. It was it was heartbreaking for me to even watch. I just hope that anyone who has experienced that feels seen and heard.”

As far as people’s reception of the soul-crushing scene, Ayorinde says she’s hopeful it leads to more understanding.

“My hope is that it sparks a level of understanding and empathy that I think we as a society have gotten by without having for so long. That’s my true hope.”

Check out the full interview above.

The post Deborah Ayorinde on that traumatizing scene in ‘Them:’ ‘I laid it all on the table’ appeared first on TheGrio.

Deborah Ayorinde on that traumatizing scene in ‘Them:’ ‘I laid it all on the table’