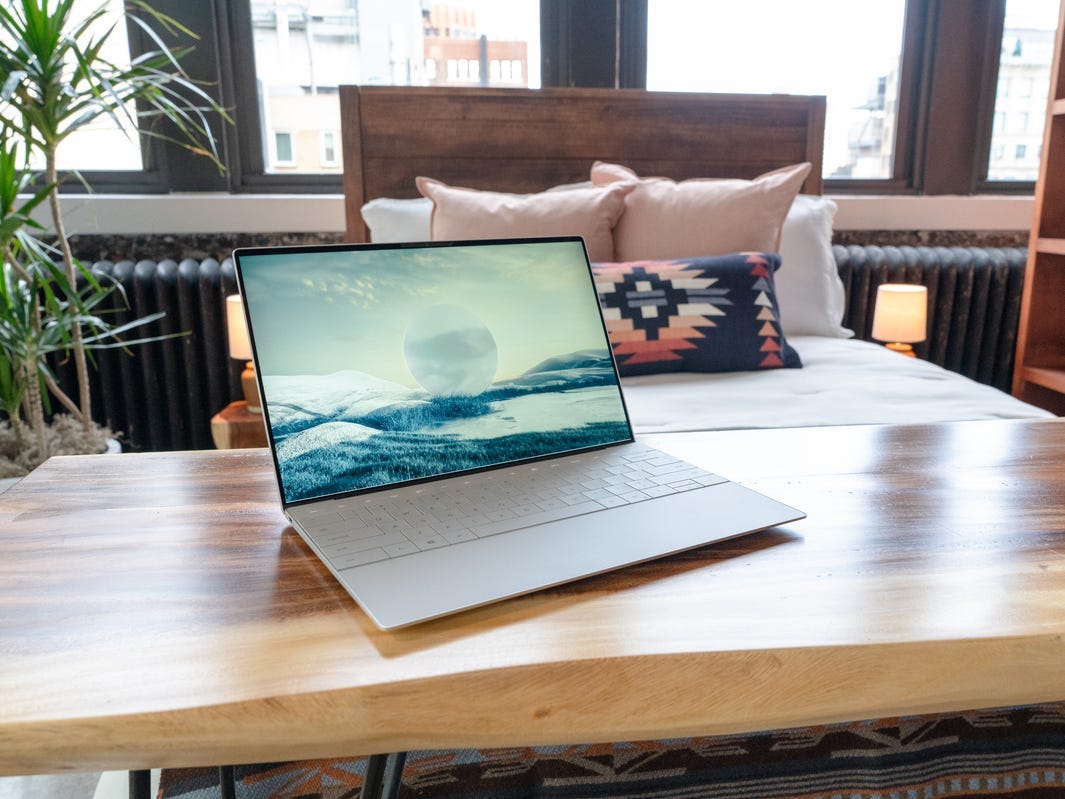 Dell's new XPS 13 Plus is a redesign of its popular premium laptop, with a powerful Intel processor and MacBook-like 'touch' keys

Dell is kicking off the new year of 2022 at the Consumer Electronics Show with a fresh take on its XPS 13 premium laptop set to launch in Spring 2022. Dubbed the Dell XPS 13 Plus and starting at $1,199, this model takes another crack at the tried and true XPS design with some brand-new elements.

Dell's most notable change is to the laptop's row of function keys that sit closest to the screen: it's now a capacitive touch surface instead of hard keys. This includes the "Escape" key, but it allows this row of touch-sensitive keys to double as both media and function keys. However, just simply holding the "Function" key has done pretty well so far for that same purpose.

Similarly interesting is the seemingly invisible glass touchpad. The XPS 13 Plus uses haptic vibration motors beneath the touchpad to simulate the feeling of clicks. We'll have to be the judge of these new design ideas in a full review, but I'm admittedly dubious of their usefulness.

Here's what the Dell XPS 13 Plus will have running under the hood to start.

The biggest internal change that the newest Dell XPS 13 has going for it is the introduction of 12th generation, 28-watt (W) Intel Core processors. These new processors from Intel can handle up to 28W of power at once, which is nearly double the 15W capacity from the previous generation. More power on hand means the processor can handle more intense tasks in data manipulation or retrieval as well as in 3D graphics processing and video encoding.

We'll see whether Intel's newest processor can hold a candle up to Apple's own first laptop processors – the M1 Pro and the M1 Max – in deeper testing.

Dell hasn't mentioned how long the Dell XPS 13 Plus battery will last in terms of hours, but does brag about its Express Charge 2.0 technology that can restore 80% of battery life in under an hour.

It's important to note that Dell's memory (RAM) and battery solutions this time are not changeable by the user, so RAM becomes a very important decision when buying this laptop. However, on a lighter note, Dell includes a USB-C to USB-A adapter in the box (which is made of 100% recyclable material) to help ease you into using its just two USB-C ports.

It's interesting to see Dell go in this direction when one of its primary rivals, Apple, has opted to go back to basics with its latest MacBook Pro releases. Here we have Dell doubling down on just two USB-C ports in the XPS 13 Plus as Apple reintroduces an HDMI port, SD card reader, and MagSafe power to the 14- and- 16-inch MacBook Pro. Likewise, we have Dell dropping the traditional row of function and media keys for a touch-sensitive surface of LED keys as Apple drops its own Touch Bar solution for – you guessed it – a traditional row of keys.

As noted above, the Dell XPS 13 Plus will launch sometime in Spring 2022 for $1,199 to start. For a frame of reference as to what that $1,199 model will include, it will be the lowest end of every hardware specification listed above.

Comparatively, Apple prices the new 14-inch MacBook Pro at $1,999 to start, which is considerably more expensive of course. It's currently unknown how much the more premium specifications will cost, but it would be safe to expect them to come within or surpass the MacBook Pro's base price.

Dell's new XPS 13 Plus is a redesign of its popular premium laptop, with a powerful Intel processor and MacBook-like 'touch' keys